The bombings, Sri Lanka’s deadliest violence since a devastating civil war ended a decade ago on the island nation, killed at least 290 people with more than 500 wounded, police spokesman Ruwan Gunasekara said. Twenty-four arrests have been made but no single group has claimed responsibility for the terror acts, the Sri Lanka Daily Mirror reports.

Defense Minister Ruwan Wijewardena described the blasts as a terrorist attack by “a radical Islamic group.”

According to the BBC, the international victims include: 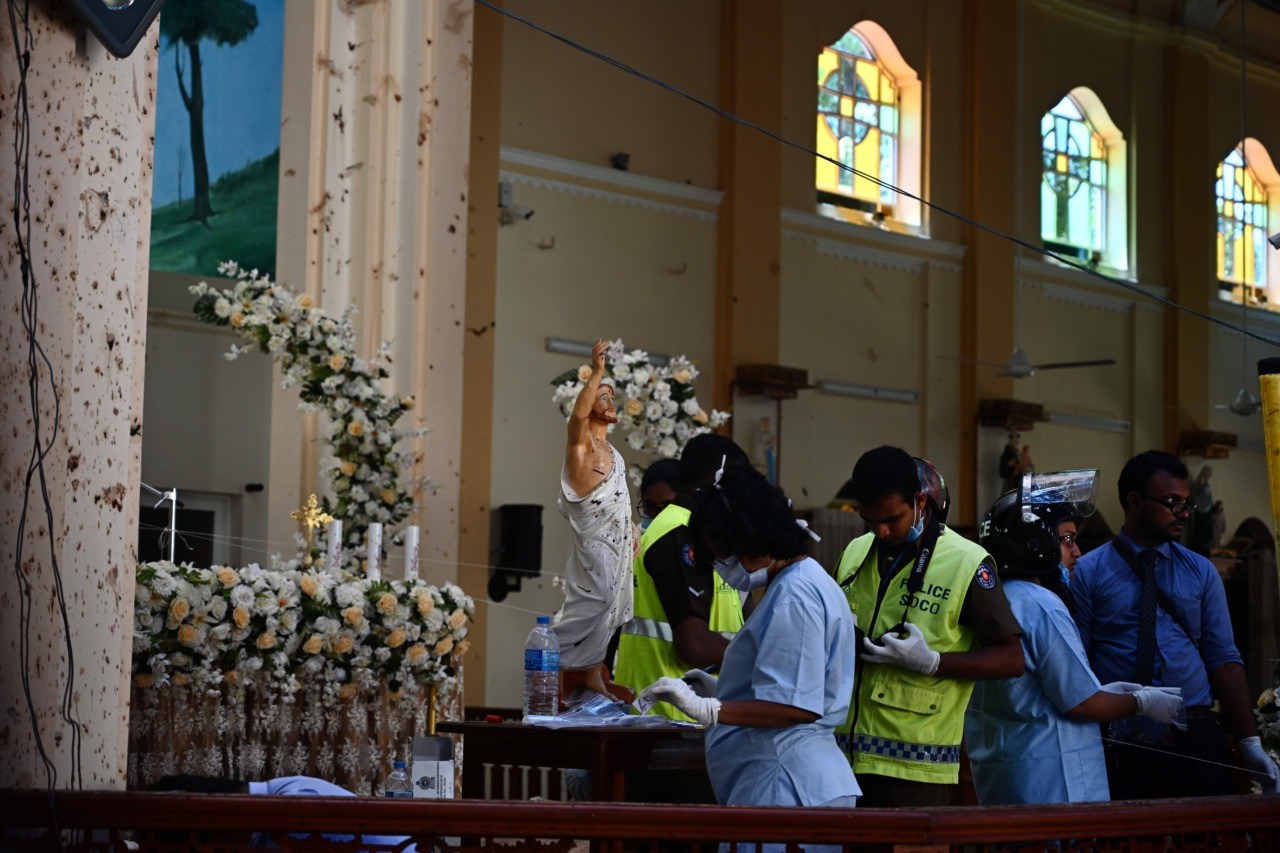 Security personnel inspect the interior of St Sebastian’s Church in Negombo on April 22, 2019, a day after the church was hit in series of bomb blasts targeting churches and luxury hotels in Sri Lanka.  (JEWEL SAMAD/AFP/Getty Images)

“I call upon all Sri Lankans during this tragic time to remain united and strong,” he said in a statement Sunday on Twitter. “Please avoid propagating unverified reports and speculation. The government is taking immediate steps to contain this situation.”

Wickremensinghe told reporters that government officials had intelligence about the attacks prior to them occurring, the Washington Post reported.

“Information was there,” he said. “This is a matter we need to look into.”

According to 2011 census date, 7.4 percent of Sri Lanka’s 21.4 million population is Christian while 70.2 percent identifies as Buddhist, 12 percent as Hindu and 9.7 percent as Muslim.