U.S. and German military forces were involved in a deadly firefight at Kabul airport on Monday morning against unidentified gunmen at the North Gate of the facility.

According to the German military the gunfire erupted in the increasingly volatile area surrounding Hamid Karzai International Airport’s entry checkpoints.

German and American troops “participated in further exchange of fire”, the German army said in a statement.

It later clarified that it was referring to “members of the Afghan army” involved in securing the airport.

Just 48-hours earlier seven people were crushed to death as massed crowds fell against concrete barriers outside the airport as they gathered to try to flee Afghanistan after the Taliban took control, according to Britain’s Ministry of Defence.

Panicked crowds were pushing forward in an attempt to board evacuation planes when the tragedy took place, Reuters reports.

“Conditions on the ground remain extremely challenging but we are doing everything we can to manage the situation as safely and securely as possible,” the ministry statement explained, as Breitbart News reported. 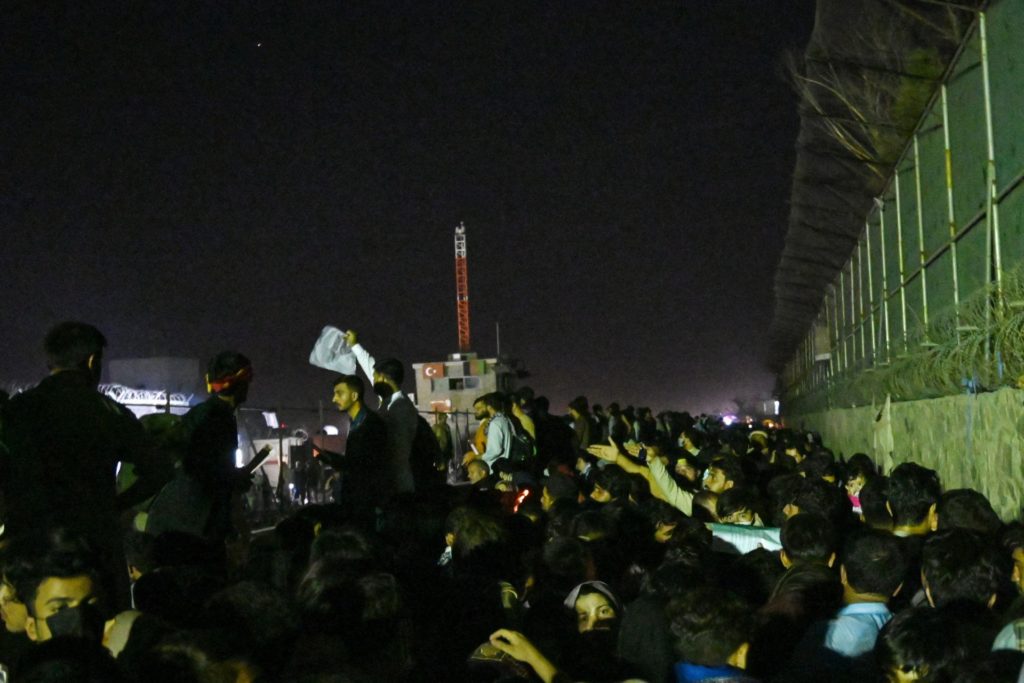 In this picture taken in the late hours on August 22, 2021 Afghans wait outside the foreign military-controlled part of the airport in Kabul, hoping to flee the country following the Taliban’s military takeover of Afghanistan. (WAKIL KOHSAR/AFP via Getty Images)

The U.S. military and NATO did not immediately acknowledge the shooting. There was no comment from the Taliban.

There are local concerns an Islamic State affiliate might target the crowds outside the airport with suicide bombers or fire missiles at U.S. aircraft.

Military planes have been executing corkscrew landings, and other aircraft have fired flares upon takeoff, measures used to prevent missile attacks.

AP reports early Monday, a Delta Air Lines flight landed in Dubai and later took off for Al-Udeid Air Base in Qatar, where evacuees are crowded into hangars. 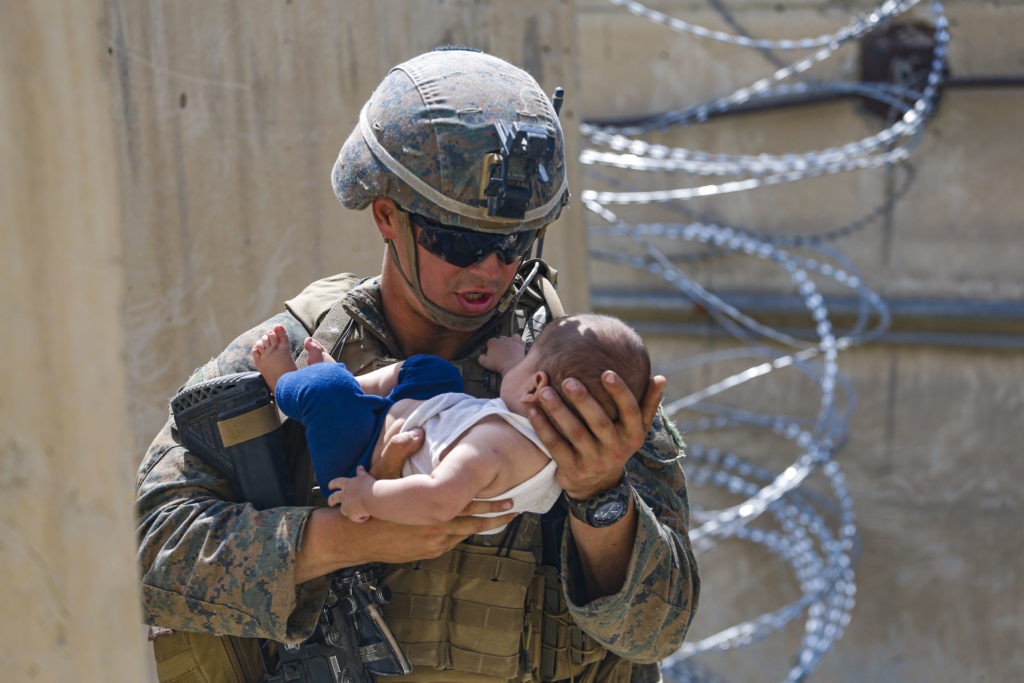 A U.S. Marine assigned to 24th Marine Expeditionary Unit (MEU) comforts an infant while they wait for the mother during an evacuation at Hamid Karzai International Airport in Kabul, Afghanistan. (Lance Cpl. Nicholas Guevara/U.S. Marine Corps via AP)

A steady stream of military transport planes continue to fly people out of Kabul to airfields across the Mideast.

The airport has been a scene of chaos since the Taliban seized the Afghan capital on August 15 as U.S. and international forces try to evacuate their citizens and vulnerable Afghans.