“U.S. military forces conducted a self-defense unmanned over-the-horizon airstrike today on a vehicle in Kabul, eliminating an imminent ISIS-K threat to Hamad Karzai International airport. We are confident we successfully hit the target, ” he said.

U.S. Navy Capt. Bill Urban, a spokesman for the American military’s Central Command, called the drone strike an action taken in “self-defense.” He told AP authorities continued “assessing the possibilities of civilian casualties, though we have no indications at this time.”

“We are confident we successfully hit the target,” Urban said. “Significant secondary explosions from the vehicle indicated the presence of a substantial amount of explosive material.” 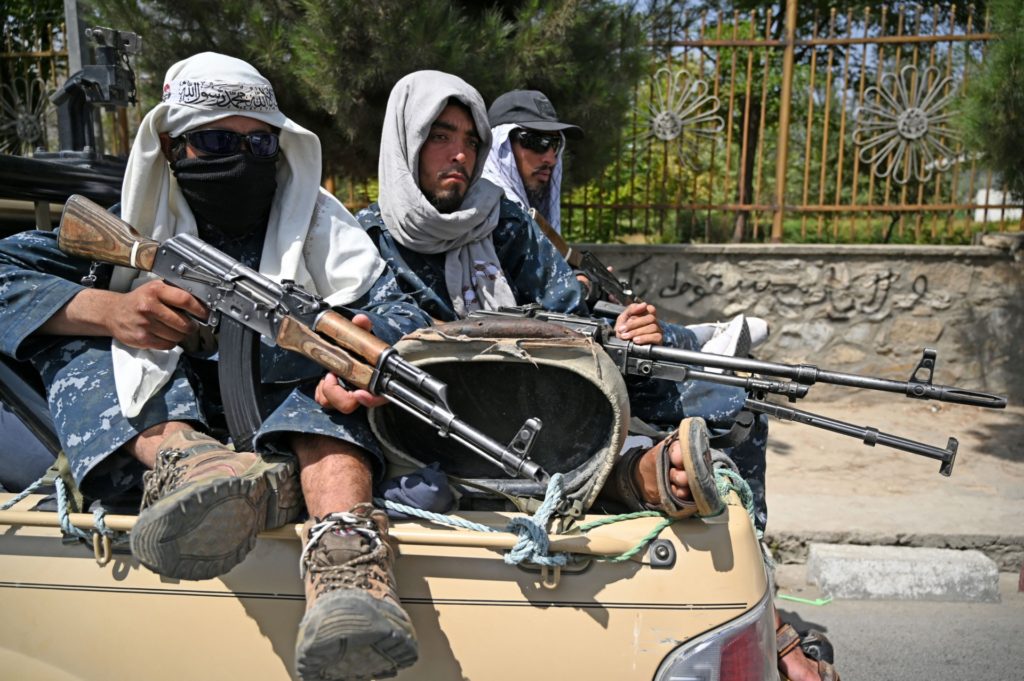 Taliban fighters patrol a street in Kabul on August 29, 2021, as suicide bomb threats hung over the final phase of the U.S. military’s airlift operation from Kabul, with President Joe Biden warning another attack was highly likely before the evacuations end. (AAMIR QURESHI/AFP via Getty)

Taliban spokesman Zabihullah Mujahid earlier said in a message to journalists that the U.S. strike targeted a suicide bomber as he drove a vehicle loaded with explosives. Mujahid offered few other details.

The strike came just hours after U.S. officials warned of the possibility of an attack.