Whatever you might think of Barbra Streisand now, her first film, 1968’s “Funny Girl,” is a potent reminder of the singular star power and talent that made her the diva/legend she is today. Director William Wyler’s biopic of Broadway star Fanny Brice was not only Babs’ big-screen debut, she also won the Best Actress Oscar (in a tie with Katherine Hepburn) for her charmingly energetic  portrayal of a ridiculously talented ugly duckling. 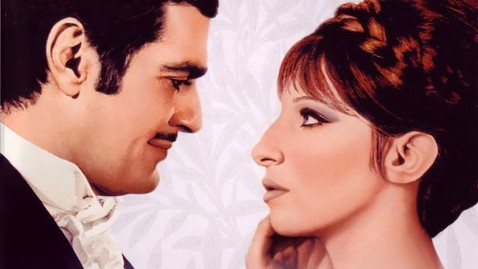 While the musical numbers are terrific and the production design pops in all of its 2.55:1 widescreen glory, at 155 minutes, the film itself is too long and lacks a compelling narrative. Part of the problem is that Brice’s musical-comedy talent was so undeniable, the star never really struggles. Brice shot to almost instant fame and stayed put (at least through the time-period covered in the film).

The non-showbiz plot revolves around Fanny’s romance with Nick Arnstein (Omar Sharif), a cultured and handsome but hopeless gambler. But this just wasn’t a romantic couple I felt invested in seeing or staying together. And with no real subplots to support anything else, watching the film becomes an exercise in waiting for the next lavish musical number — all of which are well worth the wait.

For Streisand fans, the Bluray is a must. The 4K transfer is like watching the film play out in real-life, and the Technicolor practically shines. Technicolor and Bluray go together like steak and potatoes.

“Funny Girl” is available for purchase at Amazon.com.