In response to How Long Until Tim Howard Gets Tim Tebow’d?:

I can’t give you a calendar date for the potential end of Tim Howard-mania, but I can tell you the event that would precipitate it: if he says anything negative about same-sex marriage.  It would be a fascinating sociological experiment if he tendered some mild criticism of SSM right now, at the height of his popularity craze, in the middle of a mighty media push to get soccer on the same cultural plane as baseball, basketball, and football.  Would their investment in Howard – who really is the perfect man to bring soccer into the lasting limelight, with his charisma and superb performance – be enough to stave off the ritual destruction of anyone who objects to the gay marriage crusade?  My crystal ball says no, especially if he was more than mildly critical of it.

He might be able to get away with an ardent pro-life statement, at least for the next couple of weeks, without getting the full Tebow treatment.

I have no idea if Howard would feel inclined to make either of those statements.  He doesn’t seem eager to dive into the culture wars, although some of his modest comments would be very powerful, if the media shows any interest in transmitting them to America’s youth.  For example, from the article you linked: “Today, I am blessed to be living a dream. And yet, if it all went away tomorrow, I know I would still have peace. That probably sounds crazy to most people, but that’s the kind of peace Christ gives. It is rooted in His love, and it surpasses all understanding.”

One other similarity between Tims Tebow and Howard is the good-natured fun people have been having with their images.  There’s a lively Internet meme of #ThingsTimHowardCouldSave that drops him into some hilarious Photoshops, where he saves everything from the dinosaurs to the Titanic.  This one’s my favorite so far: 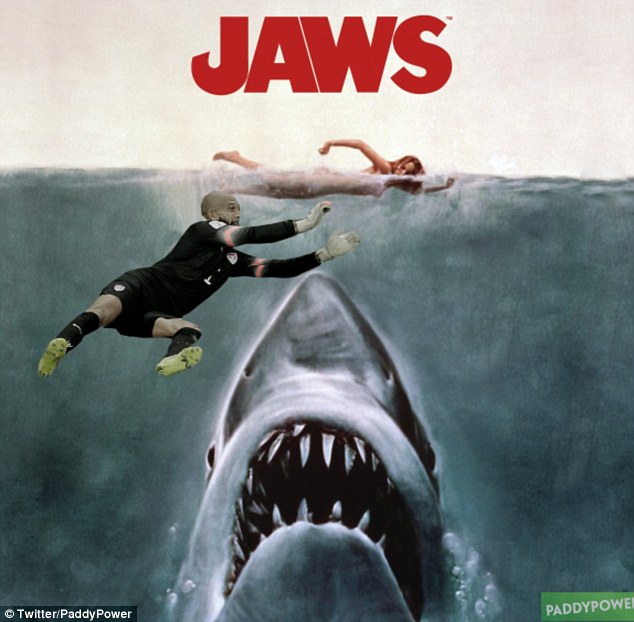