GARLAND, Texas — Shots rang out this evening at the Curtis Culwell Center in Garland, Texas during the Mohammed Art Exhibit and Contest. A law enforcement officer was shot and both suspects have been killed. Officers on the scene said that it is possible that explosives are in the area.

Attendees were immediately forced into lockdown by police, including three Breitbart News reporters. Sources say event organizer Pamela Geller and keynote speaker Geert Wilders, a Dutch politician, are safe. Breitbart Texas was conducting a live video interview with Geller at the moment of the attack.

UPDATE, 9:20 AM: ABC News has this photo of suspected shooter Elton Simpson: 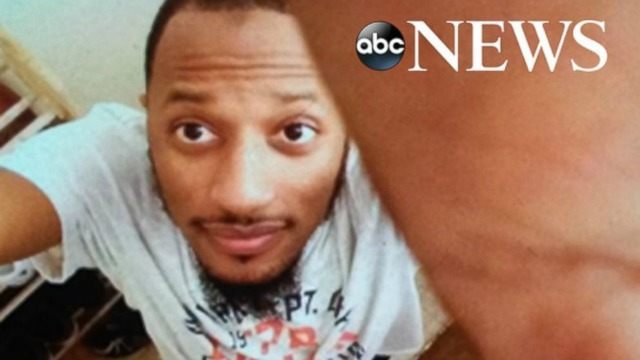 UPDATE, 7:02 AM: ABC News reports one of the shooters has been identified as Elton Simpson, who an FBI official stated had been investigated for terrorism in the past. Court records from 2011 show Simpson identified as an “American Muslim.”

UPDATE ON POLICE INCIDENT 4:28AM:Most of the perimeter has been released.Bomb Squad and Garland Fire Rescue has…

Posted by Rowlett/Sachse Scanner on Monday, May 4, 2015

UPDATE, 3:11 AM: Police are still investigating the scene of the shooting.

We are told it will be an active police scene well into the morning as police are still investigating.. @NBCDFW

UPDATE, 1:52 AM: Geert Wilders thanks security for thwarting the attack.

UPDATE, 1:02 AM: A loud boom could be heard: A source says police used an EMP to detonate any possible bombs.     More from the Rowlett/Sachse Scanner:

The Bomb Squad unit is working to find out if there is in fact a bomb in the suspect vehicle. The suspect vehicle is located near the side of Curtis Culwell Center. The bodies of the two shooting suspects have not been touched since the shooting occurred because the bodies are close to the vehicle that possibly has the bomb in it. The police agencies are taking extra precautions to ensure their safety and the publics safety. The perimeter surrounding Curtis Culwell extends from Holford Rd, Naamon Forest Blvd, N Garland Ave, and to PGBT Service Rd. It’s unknown at this time when the scene will be cleared. You are asked to stay away from this area.

UPDATE, 12:52 AM: One of the suspects allegedly reached into his backpack before police shot him, according to the LA Times:

“He was shot in the leg, transported to the hospital and he’ll be fine,” Garland Mayor Douglas Athas told the Los Angeles Times.   One of the gunmen was shot “immediately” by Garland police, and the other was shot and killed when he reached for a backpack, leading police to fear the men may have brought explosives, Athas said.

UPDATE, 11:50 PM: An FBI joint terrorism task force is inside where the attendees are being kept.   UPDATE, 11:32 PM: The Rowlett/Sachse Scanner notes that the area is in LOCKDOWN.

UPDATE ON THE POLICE INCIDENT:   Officers are advising the scene is NOT safe. It is believed that explosive(s) have been placed near the Curtis Culwell Center. FBI Bomb Squad, Garland Police, Garland SWAT, Rowlett Police, Rowlett SWAT, and Texas State Troopers are on scene.   There is a huge perimeter set. No one gets in and no one gets out.

UPDATE, 10:59 PM: Attendees were just informed by police that the FBI would be coming to interview them all, prior to law enforcement letting them go.   UPDATE, 10:53 PM: The Associated Press has arrived at the scene. A witness says he heard 20 shots fired.

GARLAND, Texas (AP) — Two armed men who opened fire on a security officer outside of a provocative contest for cartoon depictions of the Prophet Muhammad have been killed, authorities in the Dallas suburb of Garland said Sunday night. The City of Garland said in a statement posted on its Facebook page Sunday night that two men drove up to the Curtis Culwell Center and began shooting at a security officer. Garland Police Department officers engaged the gunmen, who were both shot and killed, the statement said. The statement did not say whether the shooting was related to the event. The security officer’s injuries were not life-threatening, the city said. The gunmen’s vehicle may contain an “incendiary device,” according to the statement. A bomb squad was on the scene, and nearby businesses were evacuated. The New York-based American Freedom Defense Initiative had been hosting a contest at the center that would award $10,000 for the best cartoon depicting the Prophet Muhammad. Such drawings are deemed insulting to many followers of Islam and have sparked violence around the world. According to mainstream Islamic tradition, any physical depiction of the Prophet Muhammad – even a respectful one – is considered blasphemous. Earlier Sunday, about 75 attendees at the contest were escorted by authorities to another room in the conference center before they were taken to a school bus. Authorities said they would be taken to another location. Johnny Roby of Oklahoma City, Oklahoma, was attending the conference. He told The Associated Press he was outside the building when he heard around about 20 shots that appeared to be coming from the direction of a passing car. Roby said he then heard two single shots. He said he heard officers yell that they had the car before he was sent inside the building. Pamela Geller, president of the AFDI, told the AP before Sunday’s event that she planned the contest to make a stand for free speech in response to outcries and violence over drawings of Muhammad. Though it remained unclear several hours after the shooting whether it was related to event, she said Sunday night that the shooting showed how “needed our event really was.” In January, 12 people were killed by gunmen in an attack against the Paris office of the satirical newspaper Charlie Hebdo, which had lampooned Islam and other religions and used depictions of Muhammad. Geller’s group is known for mounting a campaign against the building of an Islamic center blocks from the World Trade Center site and for buying advertising space in cities across the U.S. criticizing Islam.

UPDATE, 10:41 PM: Robert Spencer of Jihad Watch and an attendee of the event tweeted about his experience:

The shooting outside our free speech event shows once again that moderate Muslims are unable or unwilling to rein in their violent brethren — Robert Spencer (@jihadwatchRS) May 4, 2015

UPDATE, 10:38 PM: Geert Wilders, a prominent critic of Islam in Europe, says he left the building.

UPDATE, 9:58 PM: Bomb squads arrive on the scene — and the wounded officer has been released from the hospital.

Breaking: Garland ISD security officer who was shot has been released from the hospital. — Jocelyn Lockwood (@JocelynNBC5) May 4, 2015

UPDATE, 9:56 PM: In an interview with Breitbart News Sunday on Sirius XM, Breitbart Texas Director Brandon Darby speculated that the shooting was timed for the end of the conference so that the gunmen could target the crowd flooding out into the parking lot. The event went longer than expected, which potentially prevented further casualties. The event was initially scheduled to end at 7 PM.   UPDATE, 9:49 PM: The wounded officer was reportedly shot in the leg, according to The Telegraph, which was swift to attribute its disapproval of the event to “critics”:

Two gunmen have been shot dead after opening fire at an art exhibition in Texas where caricatures of the Prophet Mohammed were being displayed.

Police said the suspects, allegedly armed with explosives, were killed outside the Curtis Culwell Centre in Garland, which was hosting an art show of drawings of the Prophet.
An officer was also reportedly injured after being shot in the leg.

The event was billed as a “free speech event” by its sponsor, the American Freedom Defense Initiative, which has been criticised by opponents for being anti-Islam.

UPDATE, 9:45 PM: Cops are herding people back into the building, while buses help to evacuate the attendees.

#BREAKING Officer yells out at everyone outside in the parking lot: “Get in the f-ing building.” @wfaachannel8 — Jobin Panicker (@jobinpnews) May 4, 2015

Buses are now rolling in to evacuate people from inside the Curtis Culwell Center @NBCDFW pic.twitter.com/oKS1Flxqlr — Jocelyn Lockwood (@JocelynNBC5) May 4, 2015

Two men have been shot by police outside the Curtis Culwell Center in Garland, Texas Sunday afternoon, Garland police have confirmed. Police said two men pulled up in a vehicle and shot a Garland ISD Police officer outside the building. The men were then shot and killed by Garland police. The officer who was shot remains in a local hospital with non-life threatening injuries. Businesses near the area were evacuated, including a nearby Walmart. Police are preparing to search vehicles parked outside for explosives.

UPDATE, 9:20 PM: The car may contain explosives, according to WFAA8:

Two men were shot and killed in a parking lot outside the Curtis Culwell Center in Garland Sunday afternoon, SWAT officials told News 8. The two suspects drove up and opened fire on the center, which was hosting a Muhammad Art exhibit, and hit a Garland ISD officer. That officer suffered non-life threatening injuries, according to a spokesman for Garland Police. Police were searching the area for a vehicle that had explosives in it. SWAT members were already at the scene for the art event. Rowlett/Sachse Scanner reported on Facebook that a suspect was inside a nearby Walmart, off Garland Avenue and Naaman Forest Boulevard, with a hand grenade. A 1,000-foot radius around the Walmart was shut down and the Academy Store was evacuated, according to that page.

UPDATE, 9:14 PM: Garland Police have reportedly evacuated a nearby WalMart and are searching the car the suspects allegedly drove to the event.

UPDATE, 8:59 PM: Police have the area blocked off and have removed reporters for up to half a mile away. Helicopters are patrolling the skies and police are standing in the intersection, blocking the roads and are armed with M-16s.

UPDATE, 8:51 PM: A senior officer has said that the officer taken to the hospital will be OK, and that the two suspects will not be OK. The 100 people being held inside singing the Star-Spangled Banner to comfort themselves.

UPDATE, 8:45 PM: Police appeared to have escorted a few individuals through a conference room, and continue to patrol the perimeter.

UPDATE: Suspects had two AK-47’s according to police on the scene. The officer has been transported to the hospital. The suspects are still on the ground at the scene. They are not moving and are not being touched at this time until a bomb squad checks out their bodies.

Approximately 100 people are being held by police in a secured facility inside the event.