U.S. Customs and Border Protection (CBP) officers working the Nogales Port of Entry observed a woman crossing in the pedestrian lanes with a baby stroller carrying two small children. The officers directed the woman to a secondary inspection station where a K-9 officer alerted to the possible presence of drugs in the stroller, information sent to Breitbart Texas by CBP Spokesman Rob Daniels revealed.

After safely removing the two children, officers conducted a careful inspection of the stroller and discovered a highly dangerous drug, fentanyl. The Drug Enforcement Administration (DEA) describes fentanyl as a synthetic opioid “50 times more potent than heroin, is extremely dangerous to law enforcement and anyone else who may come into contact with it.” The agency warns that skin surface contact with even small amounts of the drug (said to be 50-100 times more potent than morphine) can be fatal.

“Fentanyl can kill you,” DEA Deputy Administrator Jack Riley advised in a sent out to law enforcement officers in 2015. “Fentanyl is being sold as heroin in virtually every corner of our country. It’s produced clandestinely in Mexico, and (also) comes directly from China. It is 40 to 50 times stronger than street-level heroin. A very small amount ingested, or absorbed through your skin, can kill you.” 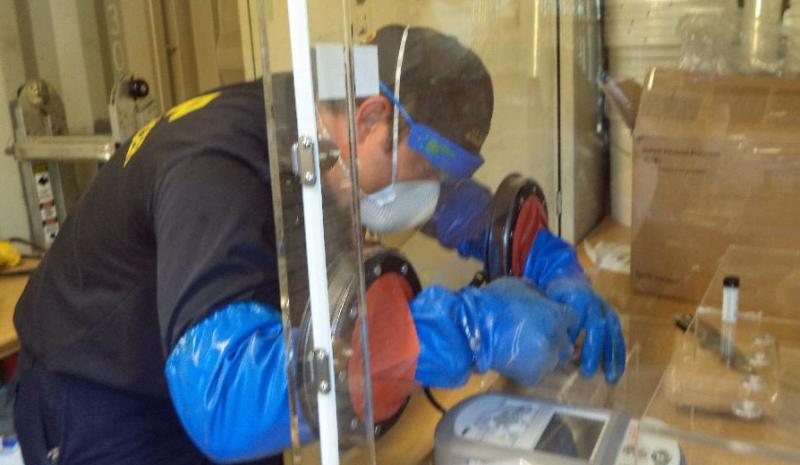 Due to the potential danger from exposure to the drug CBP officers put on protective gear in order to remove the nearly five pounds of fentanyl found in the stroller.

Officers arrested the woman and seized the drugs and the stroller. They turned the two children over to the maternal grandmother. The woman is likely to face charges for smuggling dangerous drugs following an investigation by Homeland Security Investigation agents.