Three gunmen from Los Zetas cartel died while clashing with Mexican military and state police forces in Nuevo Laredo. The organization continues to terrorize the region in convoys of armored trucks with mounted machine guns and .50 caliber rifles.

In one of the clashes, gunmen with the Cartel Del Noreste (CDN) faction of Los Zetas traveled in vehicles with signs identifying them as “Hell’s Troops” near the Hidalgo neighborhood when state police spotted and tried to arrest them, information provided to Breitbart Texas by Mexican law enforcement sources revealed. The gunmen began firing and tried to flee the area. 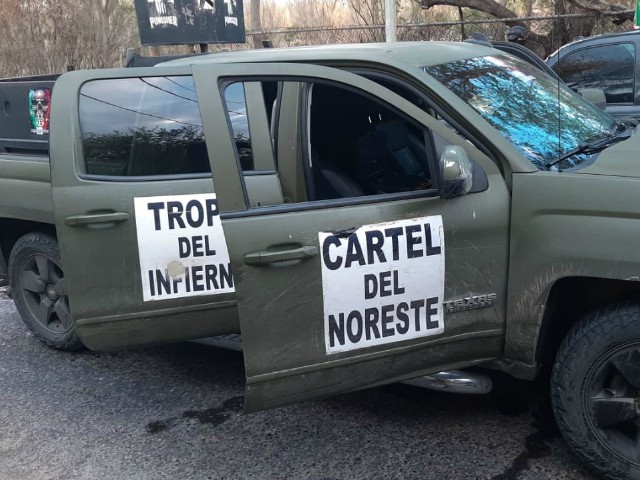 That shootout ended shortly after two trucks used by gunmen crashed into each other and another vehicle. The gunmen managed to escape on foot. Authorities seized the two vehicles, several weapons, and road spikes. 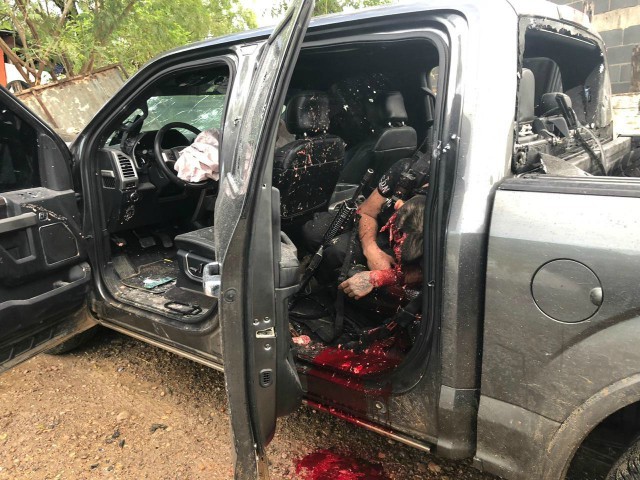 The shootouts in Nuevo Laredo come at a time when a local “human rights” commission is claiming that several dead cartel gunmen were actually innocent civilians kidnapped from their homes for staging in police photos, Breitbart Texas reported. The head of the group, Reymundo Ramos Vasquez, was previously identified by Los Zetas members as an ally.