Sonoran authorities announced the discovery of a mass grave near the city of Puerto Peñasco. Authorities from the state attorney general’s office reported that investigators are working the scene of the mass grave initially discovered by a group of volunteers. The group of volunteers called Madres Buscadoras De Sonora or Searching Mothers of Sonora is a group made of mothers searching for their sons and daughters who are reported missing. Most are believed to have been kidnapped and murdered by organized crime gangs that operate in the area. 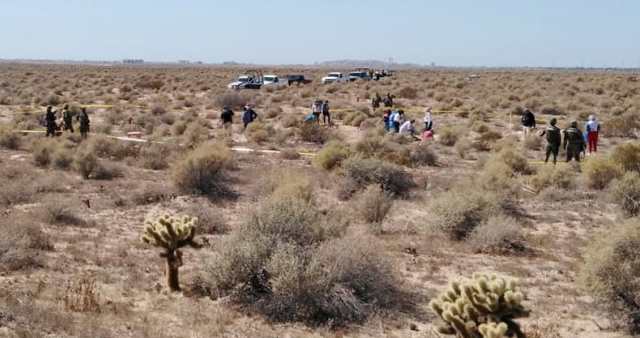 Volunteers from Madres Buscadoras de Sonora search a mass grave near the city of Puerto Peñasco.

According to a local media report from KGUN in Tucson, Arizona, and Breitbart Texas sources, the group of volunteers arrived in the area acting on a tip and began searching for shallow graves. On the first day, the group found a total of four bodies. They discovered 13 more bodies on the second day of digging and 25 more on Friday. In total, the volunteers discovered the remains of 42 people. Investigators will begin the forensic process to identify the remains and eventually notify relatives.

Ceci Patricia Flores founded Madres Buscadoras de Sonora after two of her sons went missing. According to media interviews, Ceci suspects organized crime is responsible for the disappearance of her two sons.

According to a statement from the state attorney general’s office (FGJE), the remains of all the victims except for one appeared to be in advanced stages of decomposition in skeletal form. Only one set of remains appeared to have been buried in the area recently. At least two of the victims may be female.