A Mexican border state judge issued an arrest warrant against eight police officers in connection with the shooting death of an innocent motorist over the past weekend. The warrant comes days after the officers allegedly fired more than 250 rounds at the victim after apparently mistaking his pickup for a cartel vehicle.

On Wednesday afternoon, a judge in the border city of Reynosa granted an arrest warrant requested by the Tamaulipas Attorney General’s Office against eight officers on the charge of “qualified homicide” in connection with the February 7 shooting death of 23-year-old Juan Daniel Ortiz in Rio Bravo. The officers were previously suspended and Mexico’s Human Rights Commission (CNDH) was also probing the case.

The shooting took place in the border city of Rio Bravo, south of Donna, Texas. The victim worked at a manufacturing plant in Reynosa as an engineer and is not believed to have any ties to organized crime. Information obtained by Breitbart Texas revealed that a squad of state police were alerted to a group of gunmen roaming the area before they reportedly mistook the white pickup being driven by Ortiz. The victim was not armed when his vehicle took more than 250 rounds. 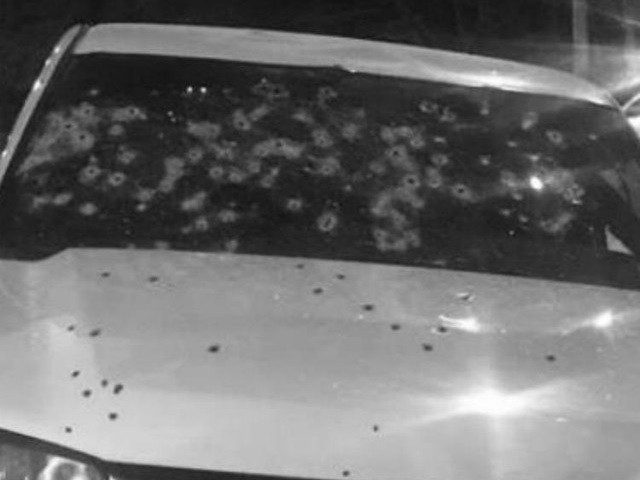 Mexican law enforcement investigators look into the alleged shooting of an innocent motorist by police.

The shooting comes at a time when the border cities of Rio Bravo and Reynosa are seeing a spike in skirmishes as rival factions of the Gulf Cartel fight for turf. Gunmen also regularly clash with police along city streets and rural routes.