A Texas rancher living north of Eagle Pass discovered five unaccompanied migrant children abandoned by smugglers on their farmland Saturday night. The five small girls, ranging in ages from one to six years old, were led across the Rio Grande River and abandoned the evening before. The human smugglers left them with no food, water, or any adults to care for them throughout the night.

The rancher’s wife shot a video when they found the children on Mothers Day Sunday morning. The frustrated woman expressed their displeasure for the dangers the children faced throughout the night and the seriousness of their situation. Temperatures reached 103 degrees on Sunday and the children appeared to be exhausted and dehydrated. 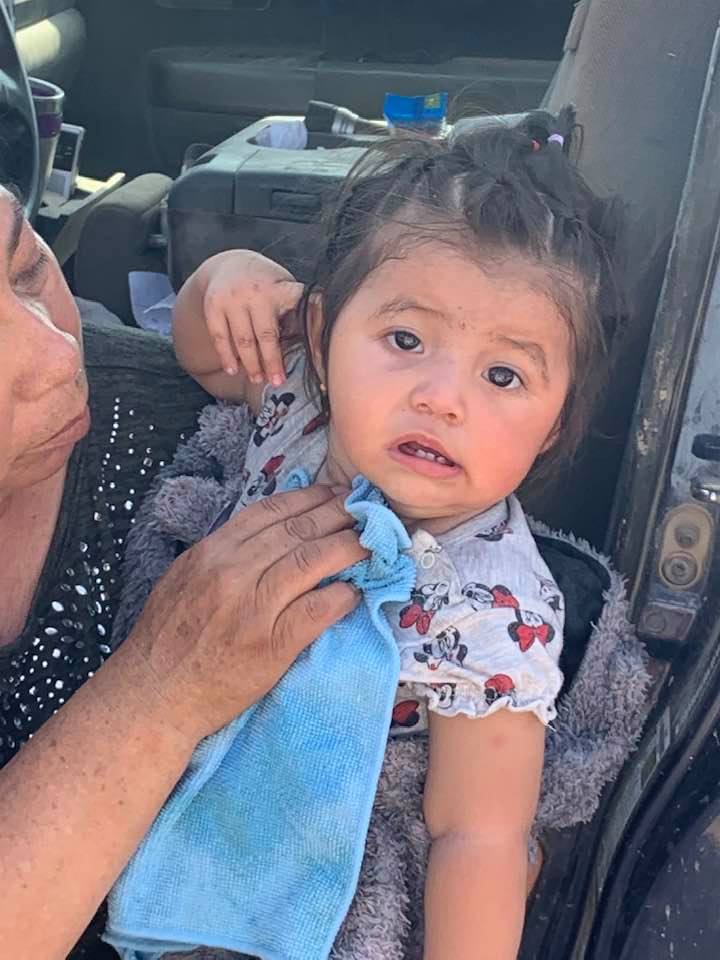 The ranchers’ employee and his spouse helped care for and comfort the abandoned children while they awaited the arrival of Border Patrol agents.
The frustration was easily heard as the rancher’s wife expressed her feelings in a Facebook post.

“Five little girls were crossed yesterday afternoon and were dumped with no food, water, nothing,” Kate Coleman Hobbs wrote. “My husband found them this morning while on rounds. The adults in the video are our farm manager and his wife who brought much-needed water and food.”

“This is happening everywhere!!!!” she continued. “Share, make calls, raise hell! Stop this inhumanity! This summer is going to be a killer for many! 110 degrees! Stop! Stop this!”

In another post, Hobbs said her husband thought one of the little girls was dead. Fortunately, they were able to revive the child and provide water.

This incident comes as the Biden Administration opens additional Health and Human Services (HHS) Intake Sites to accommodate a surge in unaccompanied migrant children being smuggled into the United States. The children’s parents are sending the children alone to avoid immediate expulsion under the CDC Title 42 emergency order if crossing as a family unit. According to a law enforcement source, the parents or other relatives illegally enter the United States afterward to claim the children to avoid deportation once the children are freed by HHS.