The son of a top Mexican politician who is currently a border state gubernatorial candidate has been flagged for bank fraud in Europe. The politician’s son is also part of the politician’s financial structure, which has already been publicly linked in Mexico to a late cartel-connected fuel theft mogul.

Humberto Francisco Villarreal Santiago is one of three offspring of former Mexican federal senator Americo Villarreal Anaya. The elder Villarreal is currently locked in a tight political race for the governorship of the border state of Tamaulipas as a candidate from Mexico’s ruling party, MORENA.

Breitbart Texas exclusively obtained a ruling and other court documents from the Netherlands Financial Services Complaint Tribunal showing that Villarreal Santiago has been flagged for fraudulent activity in connection with using fraudulent information and “falsified documents” to get bank loans for real state purchases and other banking movements. This action led to the freezing of his accounts and being added to a list of fraudsters known in the Netherlands as EVR. In the court documents, the politician’s son is identified as Humberto F. V. Santiago. It remains unclear if he identified himself as such as a way to hide his familial relation to Americo Villarreal. 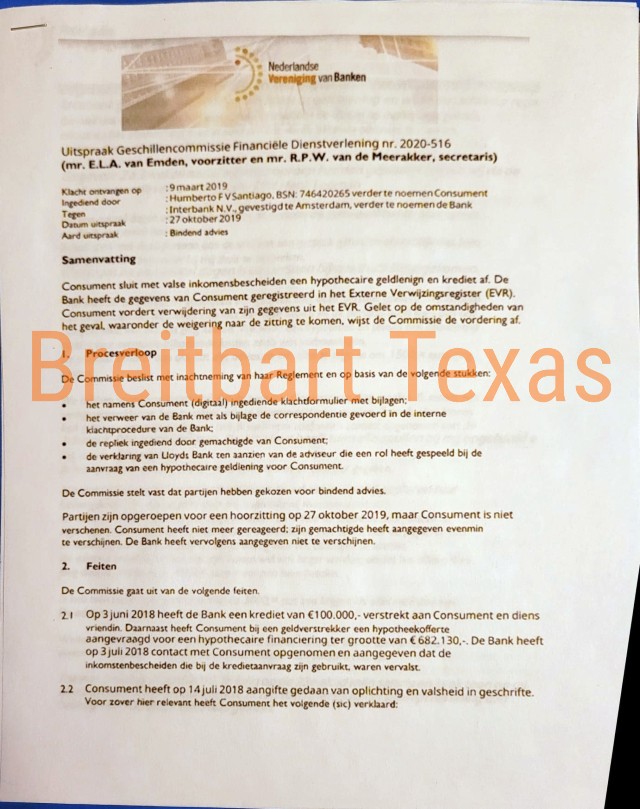 The documents revealed that Villarreal Santiago took out a €100,000 (approximately $105,600) loan at Interbank NV in Amsterdam with “falsified” documents and then subsequently tried to get a home loan for €682,139 (roughly $720,000) while claiming income of only €1,300 (roughly $1,300) a month. In their ruling, members of the tribunal revealed that Villarreal Santiago had submitted falsified documents while trying to get those loans and that someone who actually earned €1,300 would not qualify for any of those loans. 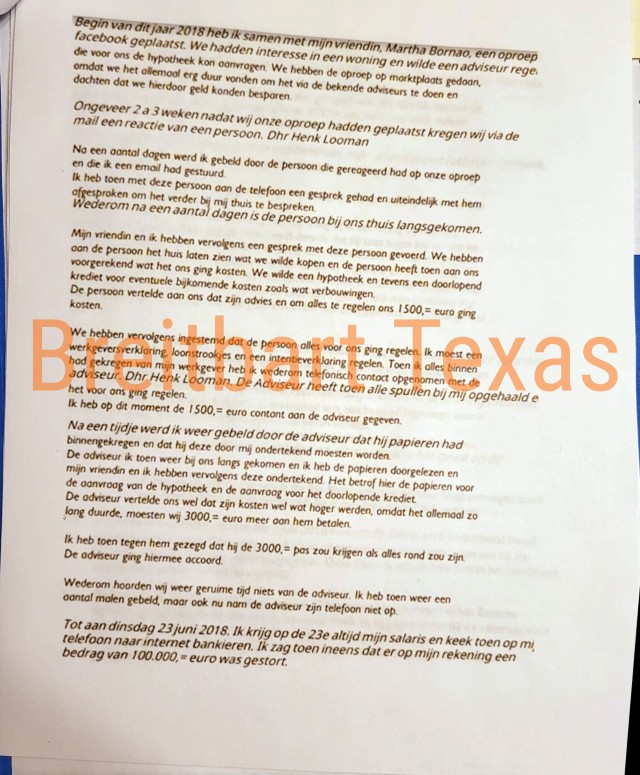 Villarreal Santiago tried to fight the fraud allegations claiming to have been duped by a financial advisor that he got from an online shopping website called Market Platts (marketplace). After having been granted a hearing to fight the allegations, Villareal Santiago did not show up before the tribunal and the ruling remained in place banning him from doing business as an individual with any bank in the Netherlands. 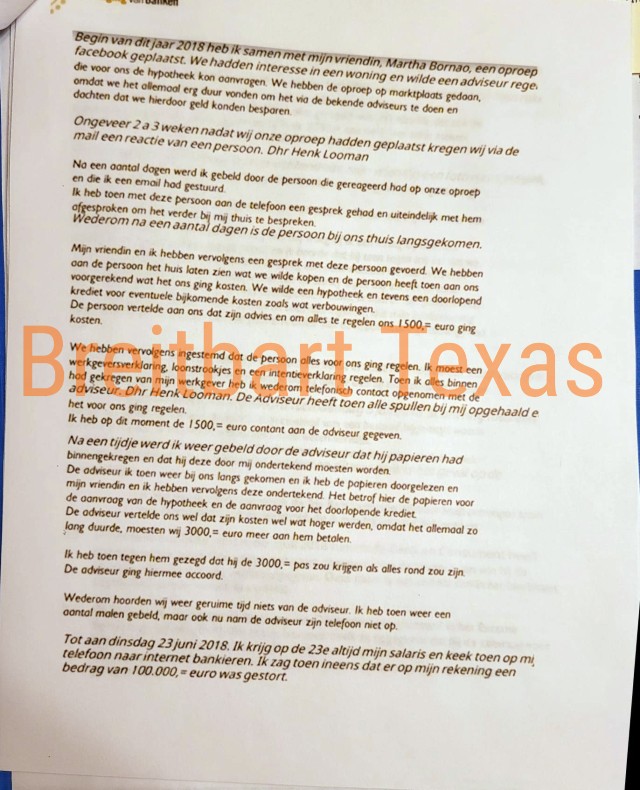 Breitbart Texas also learned that Villarreal Santiago is a biomedical engineer who got his degree from a private university in Monterrey, Nuevo Leon. While the politician’s son claimed to only earn €1,300 in the Netherlands, he is listed as a partner in at least five different, but connected, solar energy companies in Mexico and at least one in the Netherlands.

In recent months, Villareal Santiago’s father, Americo Villarreal, has been the topic of much controversy in Mexican news outlets after being linked to Sergio Carmona, a cartel-connected fuel theft mogul who provided MORENA candidates with luxury armored vehicles and had been allegedly funneling money into their campaigns. As Breitbart Texas reported, an unknown assassin killed Carmona in the luxurious suburb of San Pedro, Nuevo Leon in November. Since then, several MORENA politicians have been exposed in various news outlets as having taken money from companies that were part of Carmona’s financial structure. Most recently, Tamaulipas State Police officers in Reynosa arrested a woman who worked as Carmona’s secretary identified as Nadia Virginia Grajeda Castro after allegedly catching her and a man with a street-level amount of drugs. As Breitbart Texas reported at the time, the woman allegedly tried to bribe the police officers in hopes of being released.