The Vatican department of Integral Human Development warned Friday of an unprecedented crisis in the international tourism industry including a loss of some $1.2 trillion in revenue.

In his annual message for the upcoming World Tourism Day, Vatican Cardinal Peter Turkson noted that this year’s celebration is taking place in “the uncertain context marked by the developments of the COVID-19 pandemic, whose end is not yet in sight.”

“The result is a drastic reduction in human mobility and tourism — both international and national — is at an all-time low,” the Ghanaian cardinal remarked. “The suspension of international flights, the closure of airports and borders, the adoption of strict travel restrictions, including domestic ones, is causing an unprecedented crisis in many sectors related to the tourism industry.”

The cardinal went on to lay out some of the sobering predictions regarding the economic fallout of worldwide lockdowns. 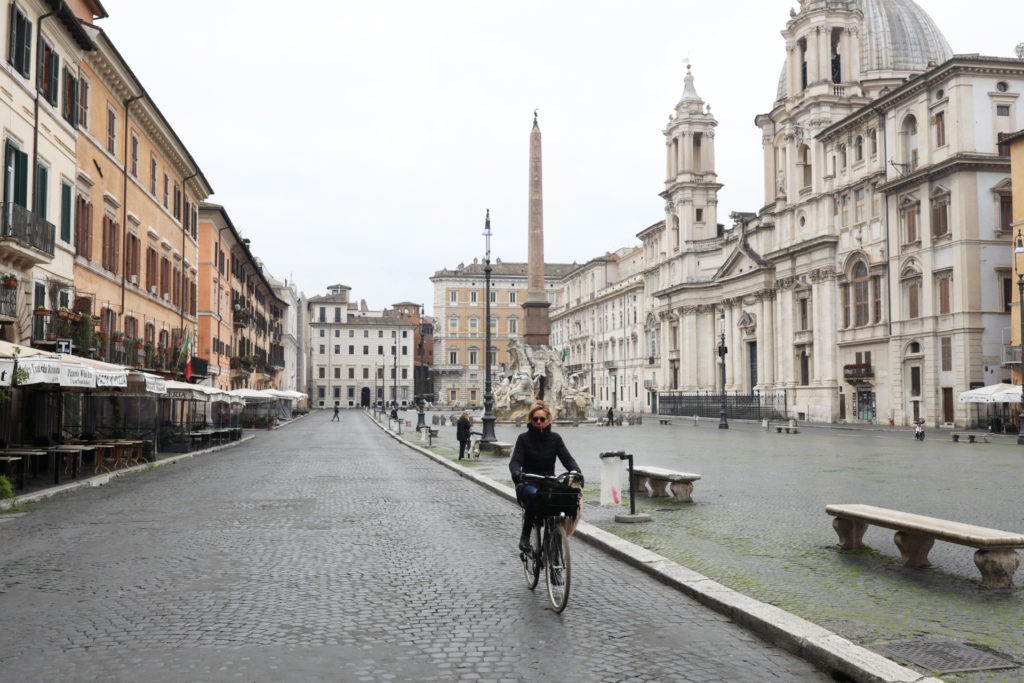 A woman is seen cycling in a completely empty Navona Square in Rome, Italy. Rome’s streets were eerily quiet during a nationwide shuttering of schools, shops and other public places.  (Photo by Marco Di Lauro/Getty Images)

“It is feared that at worst, at the end of 2020 there will be a decrease of about one billion international tourists, with a global economic loss of about 1.2 trillion dollars,” he said, which would “result in huge job losses across the tourism sector.”

Citing the Secretary General of the World Tourism Organization, Zurab Pololikashvili, Cardinal Turkson said that tourism is “among the sectors most affected by the global lockdown, with millions of jobs at risk in one of the most labor-intensive sectors of the economy.”

In his message, Turkson tried to strike a hopeful tone, insisting that the pandemic “must not paralyze us and deprive us of a positive vision of the future.”

Citing Pope Francis, the cardinal said that “the only thing worse than this crisis is the drama of letting it go to waste.”

“Now, in the great effort to recommence, we face the great danger of pessimism and seeing everything as dark, believing that nothing will go back to being as it was before,” he said.

World Tourism Day will be celebrated this coming September 27.