Modulated performances, exceptional production values and convincing special effects give “Harry Potter and the Half-Blood Prince,” the sixth installment of this money-printing franchise, the impressive look and feel of a mature and serious work worthy of respect. There’s no arguing this is a film crafted and performed by experienced professionals striving to create something top-notch and timeless, not just another throwaway, popcorn kiddie fantasy. There is one drawback, however. Just like the previous five, this chapter’s boring as hell. In fact, the dullest of them all … which is saying a lot. 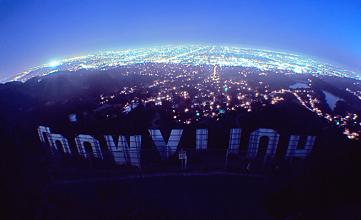 Maybe you need to be familiar with author J.K. Rowling’s source material in order to truly appreciate plodding, virtually plotless, episodic stories, but without the benefit of having cracked open one of those wildly successful novels, you’re only able to admire the cinematography and poise of the young performers so long before the thuddingly dull 155 minutes becomes punishing.

Directed by David Yates (who helmed the previous chapter), things open on an intriguing note, with a sense of style and even purpose picking up where the fifth film left off. Harry Potter (Daniel Radcliffe) is bruised, battered and swarmed by the paparazzi. He’s now the Chosen One and with that comes a heavy burden of responsibility and level of unwelcome fame. Overwhelmed by it all, Harry hides out in a small café enjoying the solitude and anonymity found behind a newspaper when he’s recognized by a lovely young waitress. The chemistry is immediate and her shift ends at eleven. But this is not to be. Once again, Dumbledore (Michael Gambon) requires Harry’s services.

After the promise of this tender and aching opening sequence, I couldn’t begin to tell you what the rest of the story’s about. Rowling’s imagination never ceases to impress in the bits and pieces showcased, but the narrative is monochrome and a climax completely non-existent.

There’s also never any tension or sense of peril. One of the pitfalls of the Potter Publicity Machine is that even those of us who rank among the indifferent can’t escape the knowledge that Harry & Company will return. This means that any “danger” involving the three main characters – who I have never once felt anything for – can never be anything more than going through the motions because their safety’s assured.

And what a waste of a marvelous adult cast. Julie Walters, Maggie Smith and Helena Bonham Carter are three actresses who bring verve and energy by merely showing up and yet they’re given nothing to do. Gambon, Jim Broadbent and Alan Rickman each have their considerable personalities blunted by a hyper-serious, mumbo-jumbo script aiming for Great Thematic Things but lacking charm, or even a moment of wonder, adventure or fun.

Harry’s beloved cohorts, Hermione (Emma Watson) and Ron Weasley (Rupert Grint), have never generated much warmth or chemistry, but here there’s absolutely none. Regardless, both have almost nothing to do with the main story and are instead relegated to silly subplots involving love potions and assorted teen aged jealousies that feel frivolous and out of place with the heavy, brooding tone of the overall story.

There’s one truly odd moment worth mentioning. Recently, a ton of publicity surrounded Rowling’s announcement that her literary creation, Head Master Dumbledore, is gay. And yet in one of the film’s early scenes Dumbledore asks to borrow a girlie magazine using the pretense (or not) that he loves to look at the knitting patterns.

What’s that supposed to be about?

But that of course is the pitfall you set up for your creation when, in a fit of self-importance, you choose to politicize it. What might have been an otherwise funny, human character bit turns into something bigger and now we’re taken out of the moment trying to figure out where it all fits in the culture war.

Fans of the novel might be enthralled seeing “Prince” come to life, but anyone hanging in there hoping for a climatic, supernatural, special-effects, showdown-spectacular between dueling wizards is in for a terrible letdown. “Half-Blood Prince” might be the most anti-climatic franchise film in history.