The first reaction to a story like this is get wrapped ’round the axle of HBO’s hypocrisy, so let’s get that out of the way: Of course no Republican who had behaved in the same manner as “sex columnist” Dan Savage would get a shot at an HBO show. But there’s really no hypocrisy when you realize that Bill Maher’s network is waging ideological war. Through that prism of clarity, the network’s desire to do business with and thrust Mr. Savage further into the American cultural/political landscape is perfectly consistent. 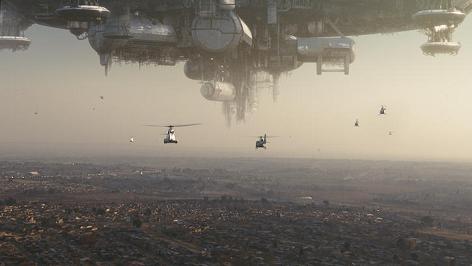 For those of you unfamiliar with Savage, here’s an excerpt from a Salon piece he wrote in 2000 titled “Stalking Gary Bauer.” The set-up was simple, Savage volunteered at Republican Gary Bauer’s presidential campaign headquarters and decided, “…if it’s terrorism Bauer wants, then it’s terrorism Bauer is going get[.]“:

Naked, feverish and higher than a kite on codeine aspirin, I called the Bauer campaign and volunteered. My plan? Get close enough to Bauer to give him the flu, which, if I am successful, will lay him flat just before the New Hampshire primary. …

I went from doorknob to doorknob. They were filthy, no doubt, but there wasn’t time to find a rag to spit on. My immune system wasn’t all it should be — I was in the grip of the worst flu I had ever had — but I was on a mission. If for some reason I didn’t manage to get a pen from my mouth to Gary’s hands, I wanted to seed his office with germs, get as many of his people sick as I could, and hopefully one of them would infect the candidate.

So, much as it pains me to confirm a hateful stereotype of gay men — we will put anything in our mouths — I started licking doorknobs. The front door, office doors, even a bathroom door. When that was done, I started in on the staplers, phones and computer keyboards. Then I stood in the kitchen and licked the rims of all the clean coffee cups drying in the rack.

Acting out his burning hostility in such an inappropriate manner wasn’t a one shot deal, either. As recently as 2006, Savage declared in a videotaped interview that Green Party candidate Carl Romanelli should:

“…be dragged behind a pickup truck until there’s nothing left but the rope.”

Not only does the aptly named Savage take political discourse well beyond the pale, his noxious and dangerous behavior (what if Savage had given a vulnerable child or elderly person the flu?) appears to be what he’s most famous for — unless you count his syndicated sex column “Savage Love,” where Savage’s infamous attacks on Senator Rick Santorum and Pastor Rick Warren are too grotesque to detail here.

For those of you still not convinced, here’s the 2007 transcript from a radio interview Savage did where he joked about “hate-f__king” Pastor Fred Phelps:

INTERVIEWER: You’re stuck in a desert island with Dennis Hastert, Rush Limbaugh and Fred Phelps. You’ll be freed if you f–k one of them. Who are you going to do and why are they the best choice?

SAVAGE: Good God. Must I answer this question? I guess… uh… Fred Phelps, because he’s the most revolting of the three -way out in front of Hastert, and edging Limbaugh by a hair.

Why Fred? Well, I figure I might have an easier time working up a hate-f–k boner for Phelps than the other two. Plus he’s the skinniest and I likes ’em skinny. But, man, just thinking about it makes me worry that I’ll never get a boner again. Out, out, damn mental image!

Savage’s beyond-the-pale political high-jinks have largely flown under the radar thanks to the indifference of the same mainstream media currently obsessing over average American citizens speaking up in town hall meetings. Thankfully for Savage, an openly gay Leftist, he’s the member of a protected class, which means he’ll never be held accountable for his behavior — on the contrary. True to form, HBO appears ready to reward him with a spot on their influential network.

Alexander Marlow contributed to this report.