Perchance, just a few days after posting this piece about “Law & Order’s” jumping of the shark or nuking of the fridge — whatever the term is now — I came across the first five seasons of this once great television drama on DVD for a mere ten bucks each at – cover your eyes lefties – Walmart. Not having seen a single episode since their first run in the early nineties, there was no way to know how well it would hold up. But I bit the bullet, took a chance and for the next six weeks every free moment was devoted to devouring a hundred-plus episodes that told the story of the police who investigate crime; and the district attorneys who prosecute the offenders. 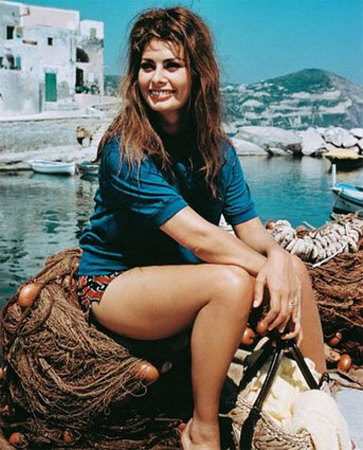 Those early seasons aren’t as good as I remember, they’re better. Not every episode’s a home run, the first dozen or so struggle in search of the tone and pace that will eventually define the series, but afterwards nothing but a few drop below a standing triple — easily better than 99% of movies produced this decade.

Not to take anything away from the excellent work done by the rest of the cast, but the heart and soul of those first four seasons, what elevates the series into something truly unique and special, is Golden Globe and Emmy Award winner Michael Moriarty’s outstanding portrayal of Executive A.D.A. Ben Stone — a brilliant and fascinating character whose moral center anchors the show.

With his Charlie Brown face, slightly wrinkled off-the-rack suits and awkward 6′ – 4″ frame, there’s nothing flashy or charismatic about Ben Stone … until he opens his mouth. Authority is immediately commanded thanks to a deep resonant voice, a sharp mind and a fortified set of principles based upon a respect for the law he knows so well and an unwavering dedication to truth.

Stone is a complicated character in the best sense of the word when it comes to fictional drama. Politics, liars and felons repulse him, but he still very much respects the role the defense attorney must play in order for our system to work. He probably couldn’t be one, but as arrogant as most of them are (the insufferable defense counsel is a L&O staple), Stone understands that they have a duty to exploit and game every advantage. He also relishes defeating them and while doing so uses the word “sir” like Ali used his jab.

There might be a photograph of Robert Kennedy hanging prominently in his office, but what makes Stone such a principled and memorable character is that when it comes to his work, he’s completely apolitical. Justice is his only agenda. Throughout the series hints are dropped as to Stone’s personal political beliefs. For instance, we learn that he’s a Roman Catholic opposed to both the death penalty and abortion, and that after they defended the Nazis in Skokie, Stone ended his association with the ACLU. You get a sense he’s a liberal in the best sense of that word (Civil Rights, equal application of the law…), but he’s no Leftist.

I didn’t always agree with everything Stone did, but I certainly respect and admire him, and as the series rolled into Moriarty’s fourth and final one (he left over a dispute involving then Attorney General Janet Reno), the writers knew the actor was leaving and subtly laid the pipe to make sense of Stone’s eventual resignation. This is when the character really came alive and the conflict between a deeply principled man working in a inherently political system built on deal-making came to a breaking point.

In “Sanctuary,” one of the best episodes of television you’ll ever see, Stone prosecutes a young black man caught on videotape beating a white man to death during a race riot. Leftist racial politics hit Stone from every possible angle — the media; the young man’s defense attorney, Shambala Green (played by the superb Lorraine Toussaint); his own boss, District Attorney Adam Schiff (the excellent Steven Hill); and a race-hustling Reverend Ott who threatens to burn-baby-burn if there’s no acquittal. Stone, however, will have none of it and presses on with only justice on his mind. Fearing the racist Reverend, Schiff wants to deal and compromise. Stone’s response epitomizes a moral clarity we may never see on network television again: “So you’re guilty until a percentage of the population threatens violence?”

With her client caught dead to rights, Green pulls every race card in the book and eventually settles on an absurd diminished capacity defense. She finds an “expert” to testify that her client isn’t legally responsible for his actions due to a psychological disorder triggered by mob violence called “group contagion.”

Stone destroys this “expert” with a single question: “So I assume you’d have to have the same feeling about a crowd of good ole’ boys … a tree, a noose, and a dead black man in Mississippi.”

The real showdown, however, occurs between Stone and Green after hours in a diner:

Between you and me, Ben, as a black woman I’m ashamed of what happened on that street.

Are you? You have a helluva way of showing it.

You don’t get it do you? I don’t want that to happen again.

No, you don’t get it. By infantilizing your own people, you are guaranteeing it will happen again.

After all these years, you really had me fooled. I had no idea your sort of liberalism only came out of the closet when it was fashionable.

Shambala, just once I want someone to stand up in this country and say ‘I did it. I’m responsible for my actions. Not my television set and not the color of my skin…’ And if it makes you feel good to call me a racist, fine. But if you’re really looking for who’s responsible for racism these days… Take a good look in the mirror.

Eventually, the trial ends with a hung jury. Wanting to end the racial tension, Schiff refuses to retry – resulting in this exchange:

What do you want? Peace without justice?

I’m willing to straddle the fence so the city can heal. Can you understand that?

Yeah, I understand that. And that cure is worse than the disease. And it’s a solution that I just can’t be part of.

The beautiful thing about Ben Stone is that if this debate had been over a wealthy, politically connected white man he would have reacted in the exact same way. In a swirl of leftist madness, he’s the only one who’s colorblind – the only one who’s not a racist.

Three episodes later, after twenty years in the District Attorney’s office, Stone resigns in this touching and beautifully acted scene:

Sam Waterston is a damn good actor and at the time I thought a fine replacement for Moriarty, but there’s no getting around the fact that the transition from Ben Stone to Jack McCoy is a jarring one. McCoy isn’t so much a character as he is a collection of stuff he does: he drinks too much, sleeps with his assistants, rides a motorcycle and likes to win in court. He’s all swagger and no depth, and it would take only five episodes to understand just how much was lost with Moriarty’s departure.

“White Rabbit,” is about the prosecution of a fugitive Vietnam War protester who’s been in hiding for twenty-plus years after being involved in a 1971 robbery that resulted in the shooting death of a police officer. Foreshadowing the crazy left turn the show would take under producer Rene Balcer and never recover from, McCoy wants to give this woman a break, “because it was the sixties.” Even after the policeman’s widow pleads to McCoy for justice, in the next scene his sympathy remains: “The whole country was at war. The President and Attorney General were breaking the law. Young people thought they were a force in history.”

I remember that moment when the episode first aired. It was like getting the news that an old friend had died. That things would never be the same was obvious. And with that, a classic television show turned into just another one-hour network drama.

Moriarty’s tenure on “Law & Order” represents, in my opinion, four of the finest seasons of television ever produced, ranking right alongside “The Sopranos.” Other than some references to the Clinton administration, the show hasn’t aged a day…

For those of you who don’t know, Michael Moriarty’s politics are very close to his “Law & Order” character. He’s a strong opponent of abortion and in 2008 endorsed fellow “Law & Order” actor Fred Thompson for President.

While doing some research for this piece, I came across an op-ed he wrote just a few months ago.

If we pull back the veil from the Progressive Movement, we are obliged to see its totalitarian aims.

The Progressives and their hidden, long-term eugenics strategies, begun by the Supreme Court’s revolting opinions in the Buck v Bell and Roe v Wade decisions, are the ultimate products of a turn of the century Liberalism that became infected with the Victorian Francis Galton’s dream of a Super Human Race. Fin-de-siècle Vienna and that city’s broiling intellectual and artistic explosions captured much of this growing nightmare.

Vienna’s cross-breeding of Liberalism with racial supremacy theories, matched by Wall Street’s clandestine admiration for Marx’s totalitarian grip upon the “intelligentsia” … out of this a wealthy and American Radical Chic created the euphemism of “Progressive”.

Hitler’s horrific inhumanity in 1940’s Europe forced the intellectual supremacists, or “enlightened despots” as Voltaire would have labeled them had he been alive at the time, to go underground. To call themselves Liberal was safe … but it was only half the story.

America’s elbow-rubbing with supremacists of any kind created its own secret elite … and that “Radical Chic” is now “Progressive”.

You can read the full article here.