I’m reminded the term Teabaggers is pornographic. Didn’t know that until MSM told me. Let’s face it: The Baggers own it now. — The latest from Roger Ebert’s Twiiter, presumably in response to this.

Ebert’s seen a lot of films but obviously hasn’t learned very much from them. When he disappeared into the hospital for all those months, those of us who disagreed with his politics put those meaningless differences aside as we worried and prayed for the robust return of the thumb that had become such a part of our lives. But who would’ve guessed he wouldn’t come out of his near-death experience like the movies taught him to: as a kinder, more understanding, more tolerant and patient man with a new appreciation for the simple and human things in life? No, he went the opposite way and the story of Roger Ebert’s life will now look as though the projectionist got the reels for “Regarding Henry” confused. 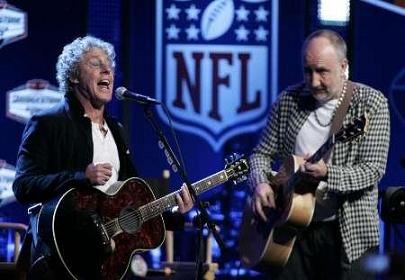 It’s been extraordinary to watch this once beloved critic squander all the universal affection and goodwill he had built up over a lifetime in just a few short months. And over nothing. No one bad-mouthed his mother or rang his doorbell and ran. We disagree on the size and scope of the federal government. We disagree over the idea that increased government control will improve our health care. We’re not as enamored as he is with the man currently occupying the Oval Office. Disagree, argue, that’s all fine. But he’s calling us “teabaggers,” and he knows full well what that means. And he’s calling us “teabaggers” because he doesn’t have the guts to come right out and call us “c***suckers.”

Yeah, the multi-millionaire from the cowardly Olympus of his Twitter account is having a high old time impressing his fellow elites as he publicly and joyously taunts mechanics, school teachers, gardeners, truck drivers, beauticians, small business owners, military veterans, college kids and senior citizens as “c***suckers.” And there’s no doubt he’s getting the reaction he so craves. From every corner of wealthy Manhattan and Hollywood emails from Those Whose Opinions Matter must be flying in: “Go, Roger!”

Hopefully for Go Roger there are enough of those emails to keep him from realizing what he really is: The rich snotty punk — that coward in the white suit from the movie “Dead End” who hurls insults at the street kids from the safety of his terrace.

Come on down, we won’t hurtcha’.

Well, how about it Roger? There’s sure to be a Tea Party near you before the year is out. Why don’t you come on down from Twitter-Olympus? And of course no one will hutcha’ (if you’re worried, bring along your Ward Bond-sized doorman). Not only will no one hurt you, we’ll be glad to see you. Glad you took the time to look behind the Anderson Coopers and Keith Olbermanns to see for yourself who the “teabaggers” really are.

As a matter of fact, I guarantee that if you don’t mind shaking calloused hands, hearing “I prayed for you” in a Southern accent, signing autographs on hard hats and diaper bags, or discovering you were wrong about about many thousands of good and decent everyday people, we won’t hurtcha’ at all. And yes, there are some kooks in the movement who we wish weren’t. Intolerant types whose name calling and divisiveness hurt the cause. You know, people just like you…

But if Olympus is too cozy and comfortable, maybe these photos will help: