Admittedly I have never seen a television episode of the “The A-Team.” So I went into the theater not knowing the plot of the show or the film. Unfortunately, I left disappointed with an unexciting and uninspired “A-Team” that failed to bring its”A-Game.” 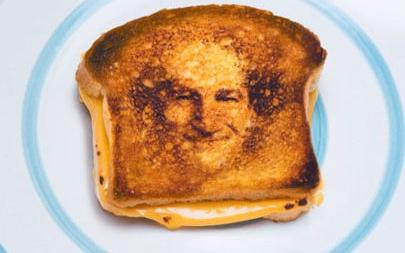 The movie revolves around a group of four military men who work together as a covert team. As the story begins, we are introduced to the four main characters that the film’s website refers to as a “colorful team of former Special Forces soldiers,” and notes that they are composed of its leader Hannibal Smith (Liam Neeson), Templeton “Face” Peck (Bradley Cooper), B.A. Baracas (Quinton “Rampage” Jackson), and H.M. “Howlin’ Mad” Murdock (Sharlto Copley). Unfortunately, none of these characters is particularly memorable, save for Hannibal Smith who is played well by Neeson.

The film opens with the formation of the “A-Team.” Smith is attempting to rescue “Face,” a ladies man in trouble with a lady’s man, and enlists the help of Baracas, who is a complete stranger to him. To complete the rescue, the three men appropriate Murdock, a mental patient and pilot. Murdock is mentally unstable and yet the team invites him to join the group even after he lights one of them on fire. (At this point, believability burns up along with one of the character’s shirts.)

Things then move to Iraq years later where the team is framed for a crime they did not commit and lose their military credentials. The team must then find out who framed them and earn their honor back. The rest of the story chronicles them getting back together and how they plot and execute going after the men who set them up.

If this looks familiar, it’s because the plot is similar to a far superior film called “The Losers” (which isn’t a great movie but got the job done). Both of these films are about a group of misfits who work together on military missions. Both are also packed with action and lightened with humor. However, where “The Losers” succeeds, “The A-Team” fails.

Two months ago I reviewed “The Losers,” and after reading that review again I was reminded of how good the film was, especially compared to “The A-Team.” First, “The Losers” had better action scenes and was much more fun. The action in the “The A-Team” is frantic and blatantly over the top. With a lot of action movies, viewers are asked to suspend disbelief but in “The A-Team,” we’re asked to suspend our intelligence. Both films try to be funny, but “The Losers” actually was thanks in large part to Chris Evans in a supporting role. “The A-Team” aims to create laughter, especially with the mentally unstable Murdock, but fails.

In terms of characters, The Losers are far more likable than The A-Team. Liam Neeson does a decent job but the others are less developed and less interesting; including Peck, whose romance with a terribly miscast Jessica Biel is a disappointment from beginning to end. Even the villains are boring, especially when compared to the witty and charismatic evildoer in “Losers.”

“The A-Team” tries to be fun summer fare but ultimately fails with lifeless jokes, unexciting and hyper-shot action sequences and a useless romance. If you want to see a movie that does a lot of what “The A-Team” does but does it a whole lot better, check out “The Losers.”