The story for Tom Cruise’s new action film “Knight and Day” opens at an airport where the two lead characters, Roy and June (played by Cruise and Cameron Diaz), bump into each other several times before getting on the same airplane. On the plane, the lives of these two strangers are tied together through a series of events, and the rest of the movie revolves around their unlikely partnership as they try to stay alive while being attacked by numerous foes. Unfortunately, their partnership and the talents of a lot of the individuals involved in the making of the film, are wasted on an uneven actioner that begins with potential and ends with embarrassment. 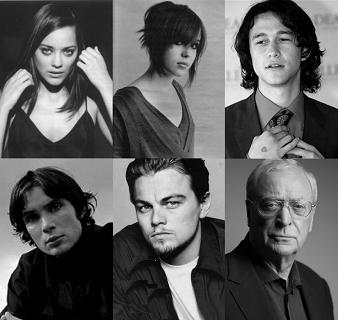 As noted above, things start out at an airport where our two protagonists meet for the first time. They’re supposed to be on the same flight but plans change when an airline employee does not allow June onto the aircraft. Consoling her, Roy says, “Sometimes things happen for a reason,” right before he boards. However, a few moments later, June is invited back onto the plane to Roy’s surprise.

The plane takes off and after flirting with each other, June heads to the restroom and Roy — who is actually a government agent — is confronted by a number of passengers who try to kill him. June returns from the bathroom and quickly realizes…actually, she doesn’t realize anything until Roy tells her, that the pilots are dead (supposedly, she’s too self-absorbed to notice the other passengers have been killed).

Eventually, Roy lands the plane and directs June to forget she met him. Soon enough, government agents are questioning her, and Roy has to come to her rescue. The movie continues from there as June starts working with Roy without knowing whether or not he’s lying about being set up for a crime he says he’s innocent of. It seems that Roy has been “framed” for wanting to steal a powerful battery. Roy and June spend most of the plot trying to avoid both the government agents Roy previously worked with and other individuals trying to steal the this battery.

Cruise does a great job with his role. He’s smooth and charismatic and once again the cool action hero. I especially enjoyed a scene in a diner (which was previewed in the film’s trailer) where Roy quickly ingratiates himeslf with a friend of June’s, while June is trying to warn this friend that Roy is crazy.

Unfortunately, I was less impressed with Cameron Diaz’s role. June could have been written as a stronger and more interesting individual. But she’s relegated to flighty and unlikable, like Katherine Heigl’s role in the recent disaster, “The Killers.”

Additionally, “Knight and Day” is scattered with uneven pacing. Jumping from scene to scene and from location to location, the story does not flow well. One second, the characters have been kidnapped and then a few seconds later they’ve escaped. In one scene they’re being attacked on an island while preparing to board a helicopter, seconds later they’re safe. I wish the movie had focused more on longer action sequences rather than cutting to new scenes without resolving the old ones.

“Knight and Day” is ultimately a big disappointment for those looking for a good time. Paul Dano, who briefly appears in the film, is wasted, along with Diaz, who deserves better. Cruise does some good work but that’s ultimately lost in unbelievable plot twists and frantic pacing.

“Knight and Day” is a disappointment no matter when you see it.