The box-office results for 2010 are in and the news is not only bad for Hollywood, it’s worse than being caught in one of Jigsaw’s diabolical traps – the ones where somebody’s about to be ripped to shreds if they don’t figure something out really quickly.

The media tends to focus on the revenue number that, for 2010, came in at $10.556 billion. On an absolute basis, that’s an impressive number. However, looking behind that total reveals some uncomfortable truths that we here at BH have been pointing out for quite some time.

First, total domestic box office dropped 0.41% from last year’s $10.6 billion tally. Even worse, the only reason it was this high was because the average ticket price increased 6% between 2009 and 2010 – mostly due to the higher prices commanded by 3D and IMAX admissions. This is more than the 3 – 4.5% average annual ticket price increase.

Why did Hollywood have to increase admission prices so much? Because actual box office admissions were down 5.36% year-over-year. This is the biggest plunge in admissions since 2005, when they were down 8.14% from 2004. Breaking out these numbers even further, courtesy of Paul Dergarabedian at Hollywood.com:

“This will also be the second lowest attended year of the decade with only 2008 showing lower attendance from years 2000 to 2010. With the summer of 2010 being the lowest attended in over a decade and the current holiday season experiencing seven consecutive “down” weekends vs. last year and a 20% attendance deficit, it is not surprising that even with higher average ticket prices that full year revenues and attendance have fallen short of 2009″.

How do we interpret these results? Without a scientific survey, we cannot draw definitive conclusions. What we do know is that discretionary consumer spending was up in 2010, and a Rasmussen’s survey said people were going to modestly increase spending. Where is this money being spent? The Bureau of Economic Analysis shows spending increases across the board, with recreational goods leading the way, up 12.2% over 2009 and recreational services up 4.3%.

When we look at a few random examples, we see things like Cedar Fair, which owns 11 amusement parks including Knott’s Berry Farm in Los Angeles, increase attendance 6% over last year, after experiencing drops over the past few years. Tiffany, the luxury retailers, experienced double-digit sales growth in 2010. Automobile companies saw a huge leap in 2010. Amazon.com, which sells just about everything, saw sales increase 50% over the first nine months of 2010 compared to 2009. Liberty Media Interactive, which owns a number of online retailers including QVC, saw flat sales through most of the year. 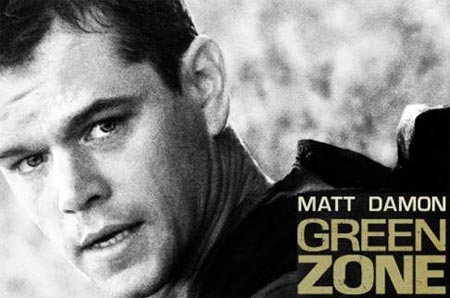 All of this is very interesting, but what does it mean for Hollywood? We can conclude that, in general, people are spending more money and spending it in places other than the movie theatre. Perhaps it’s because they are feeling better about their financial situation and have decided to forego the movies so they can buy some jewelry or go to a theme park.

We cannot definitively prove it, but anecdotal evidence suggests the reason box office admissions are down is that most movies stink, people know it, and they’d rather spend their time and money entertaining themselves in different ways.

In a way, however, it almost doesn’t matter what the reason is. The numbers speak for themselves. In the face of declining admissions, Hollywood should be improving its product, not relying on higher ticket prices for 3D and IMAX (which I believe are fads, anyway). I’ve written extensively on why this doesn’t happen, and BH readers know that Hollywood repeatedly refuses to create content that reflects the values of much of America.