We are often asked why we emphasize the fact that we promote conservative artists at BigDawg Music Mafia instead of encouraging artists to join and share non-political content and promoting them as artists period. Our answer is always the same. That is our mission — to showcase conservative artists who want to make a difference. If not us, who? If not now, when?

Just as the anti-war artists of the 60’s expressed their political views through music, so too are an increasing number of artists of the TEA Party movement who refuse to keep silent about the destruction of this great nation by many who ironically subscribed to those radical, anti-government views of the 60’s counterculture movement.

One such patriot artist, whose musical style is reminiscent of the folk music of the 60’s, but with a contemporary blues/rock twist, is American Folk Blues artist James Kole.

We have been fans of James Kole’s for over two years since first stumbling upon his YouTube channel, impressed not only by his positive, pro-America lyrics, but also by his professionally produced videos, unique musical and vocal style, and his captivating delivery.

James is no newcomer to patriotic-infused songwriting promoting individual liberty and love of country. His 1998 full-length release, Liberty, offered listeners a glimpse of what was to come over the years and culminate into his 7th full-length album (released July 4th, 2010): Songs For Freedom in which he sings about the American Revolution, Frederick Douglass, the Constitution, U.S. Sovereignty, current uncertain times, and much more. 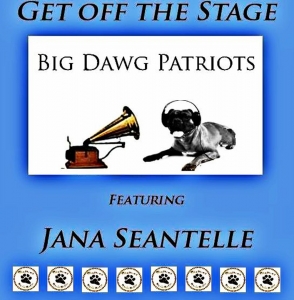 “Rockin’ the stage with a force like thunder”, James Kole’s musical talent is mesmerizing and his energetic aura commanding. A singer/songwriter from Scottsdale, Arizona, Kole has impressed audiences with his unique blend of blues, rock, and American folk, earning him the title “Local Legend” in the 2008 edition of Perfectify Magazine.

Outside the local scene, his music has a long list of film and television credits, including projects for Miramax, HBO, Washington Square Films, MTV, PBS, and even Red Bull energy drinks.

In 2003, Kole was awarded the Best Original Song at the Saguaro Film Festival for his hit, Big Orange Sun. James has shared stages with The Doobie Brothers, Nashville country artist Pat Green, SNL star Victoria Jackson, and many more.

In addition to his music career, James has broken into the acting scene, starring in the full length crime-drama movie entitled, Divide, written and directed by Joshua Zientarski (currently in post production).

Kole’s newest single, Victim in Blue (a declaration of his support for Israel) was released on July 4th, 2011.

When asked why he has always incorporated his passion for the U.S.A. and her freedoms in his music, he replied:

I was thrilled by the principles and founding of this country since I visited historic Williamsburg, Virginia as a little boy. Additionally, at 7 or 8 years old, a frightening pass through “Checkpoint Charlie”, before the Berlin Wall fell, solidified things in my mind and heart. If men with machine guns can confiscate my toys and children’s books for the purpose of keeping an oppressed citizenry in darkness and captivity, as long I have a voice I will do all I can to prevent that from happening in my beloved America. I am also greatly inspired by the memory of my Grandfather – a WWII bomber pilot, P.O.W., Purple Heart Recipient, and American hero.

The slogan “Silent No More” is every bit as applicable in the arts as it is with every other aspect of the TEA Party movement and we are proud to be in company of so many amazingly talented conservative artists like James, who are not afraid to show their love of country and its founding principles in their craft. It is our belief that if we were just another Internet music site, odds are pretty high that we may never have crossed paths…nor would we be showcasing these great patriots here at BigHollywood.