Quick #selfie #backstage with #SarahSilverman before she gets into costume.

Host Conan O’Brien told his audience: “I think most people would agree Donald Trump might be the most divisive candidate ever … many are openly comparing Donald Trump to Adolf Hitler. It’s pretty common. In fact, New York’s Daily News ran this front page earlier this week: ‘Trump Is Hitler.’

O’Brien added: “It doesn’t get much worse than ‘Trump Is Hitler,’ so I asked if he would come out tonight to address these comparisons. Shockingly … He agreed.”

Silverman then entered dressed as Hitler.

Silverman added: “What kind of person talks about his penis size on national television? I’m so sure Donald Trump has a big penis. I famously have a micropenis. That’s what makes a tyrant.” 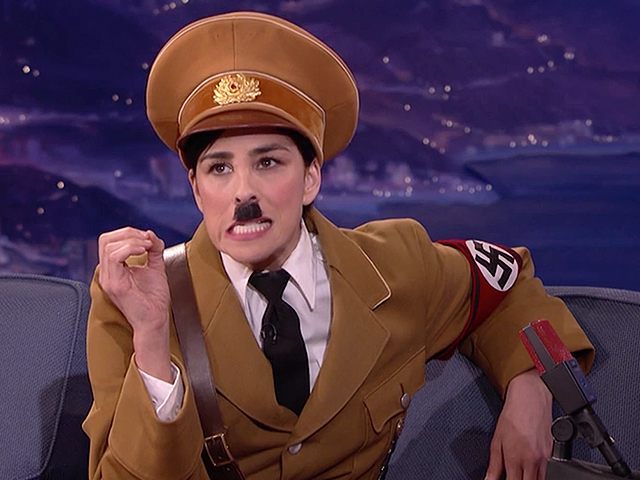 The liberal comedian and Sen. Bernie Sanders supporter then said, “Sometimes I watch him and I’m like, ‘is that how people see me?’” … I have to be honest: Trump, he’s starting to make me rethink some of the things I’ve done.”

Watch the segment below: