The anonymous street artist has created a new series of impeachment-themed posters parodying the long running Showtime series Shameless, whose tenth season began this week, and plastering them throughout Rep. Schiff’s district in Los Angeles. 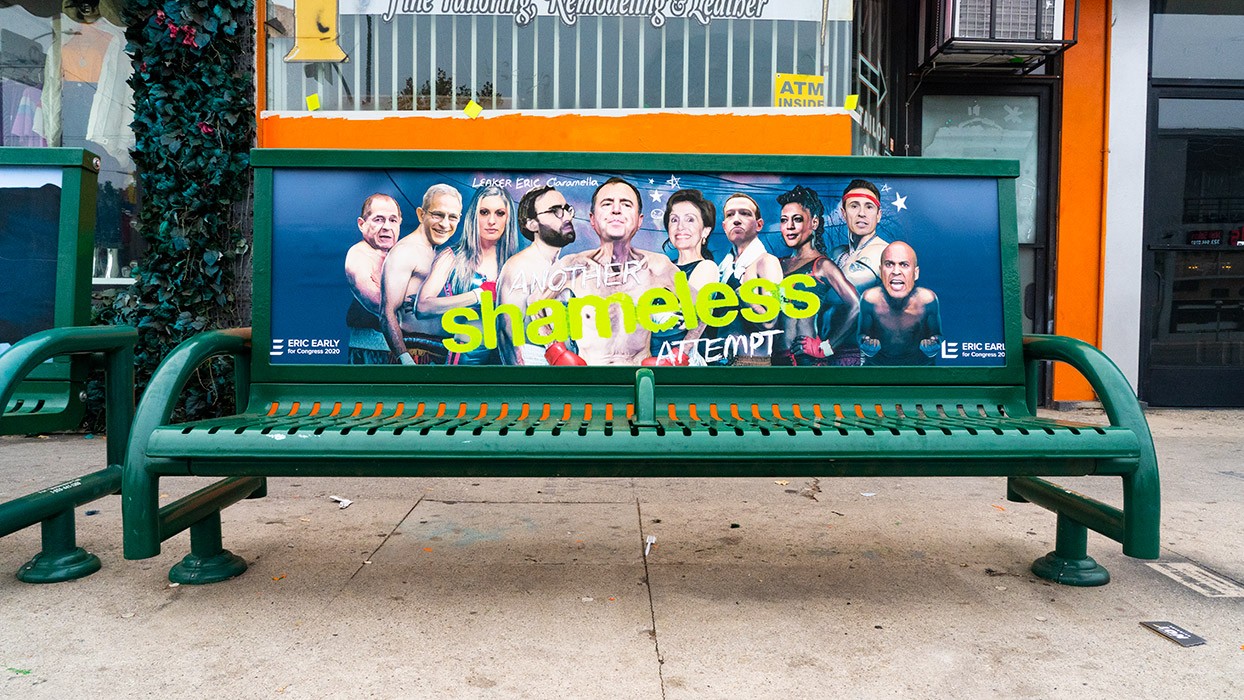 The new posters show Rep. Schiff in the William H. Macy role surrounded by a cast of characters including Rep. Nancy Pelosi (D-CA), Rep. Jerry Nadler (D-NY), Sen. Cory Booker (D-NJ), Facebook CEO Mark Zuckerberg, and disgraced Democratic donor Ed Buck. The artwork also includes a man resembling the likeness of Eric Ciaramella, whom some say is the impeachment inquiry “whistleblower” — though that has not been confirmed. 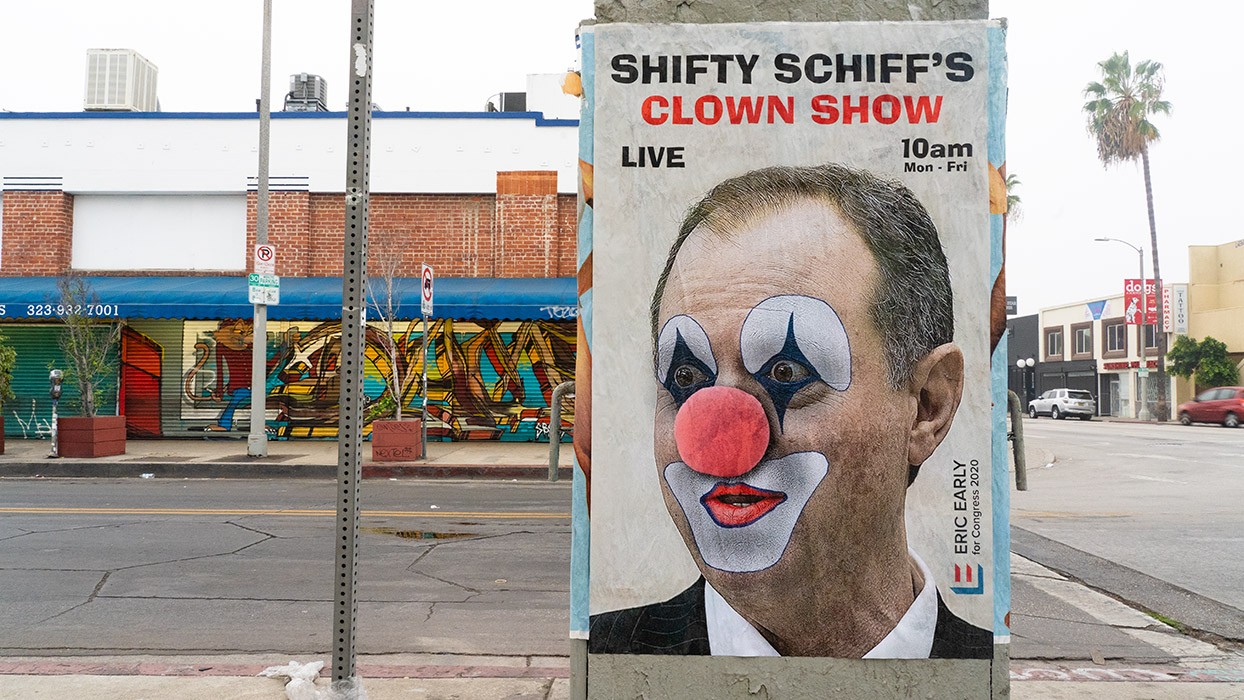 The posters began popping up this week throughout Rep. Schiff’s district, including locations near Pink’s hot dog stand on La Brea Ave. and Canter’s Deli on Fairfax Ave., as well as at various spots along fashionable Melrose Ave. 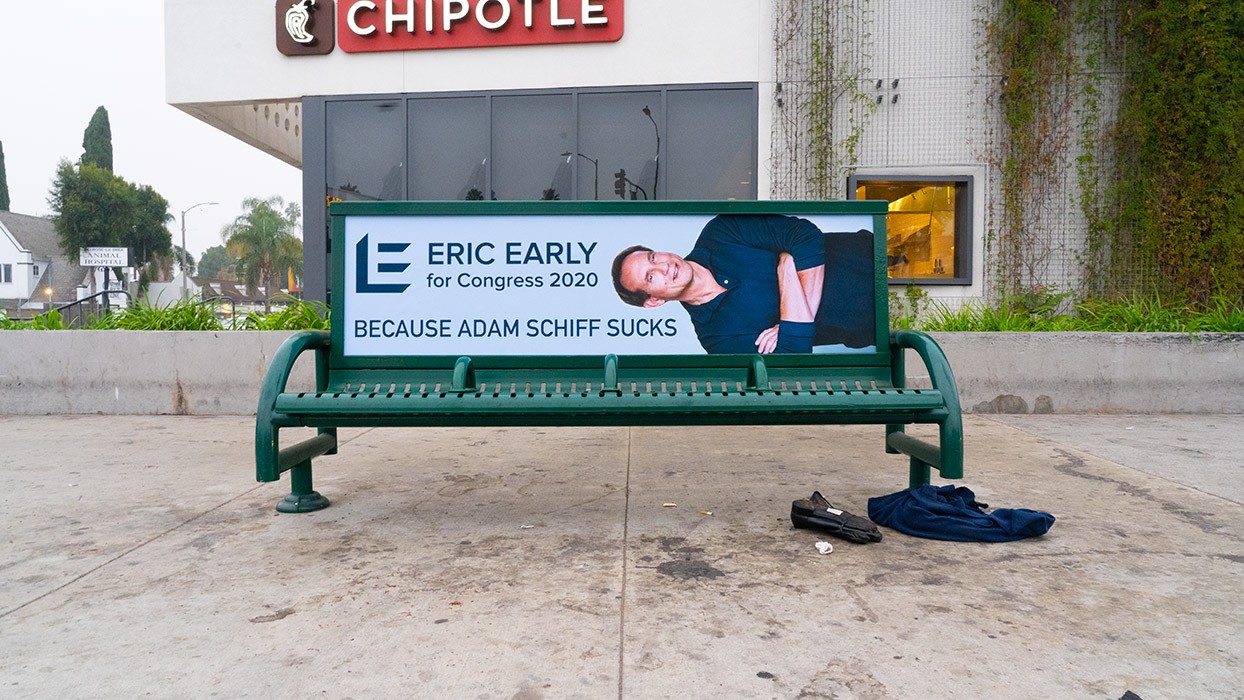 Sabo’s posters feature the logo for Eric Early, a Republican who is running against Schiff in the 28th district.

“No I am not working with Eric Early’s campaign,” Sabo said in an email. “I just like him as a candidate.”

As part of his new series, Sabo created other impeachment-themed works, including a poster depicting Rep. Schiff in clown makeup under the words “Shifty Schiff’s Clown Show.” Another poster shows candidate Early with the words “Because Adam Schiff Sucks.”

PayPal recently banned Sabo from its platform. “PayPal canceled my account with all of my money in it,” the street artist wrote on his Facebook page earlier this month. “They are holding my funds for the next 6 months.”