Mikaela Spielberg, who is the adopted daughter of the director and his actress wife Kate Capshaw, told the US Sun that her parents support her adult film career.

Mikaela said that when she told her parents about her decision, they were “intrigued” but “not upset.”

The Nashville, Tennessee, native also told the paper that she is a “sexual creature” and got tired of working day-to-day to earn a living. 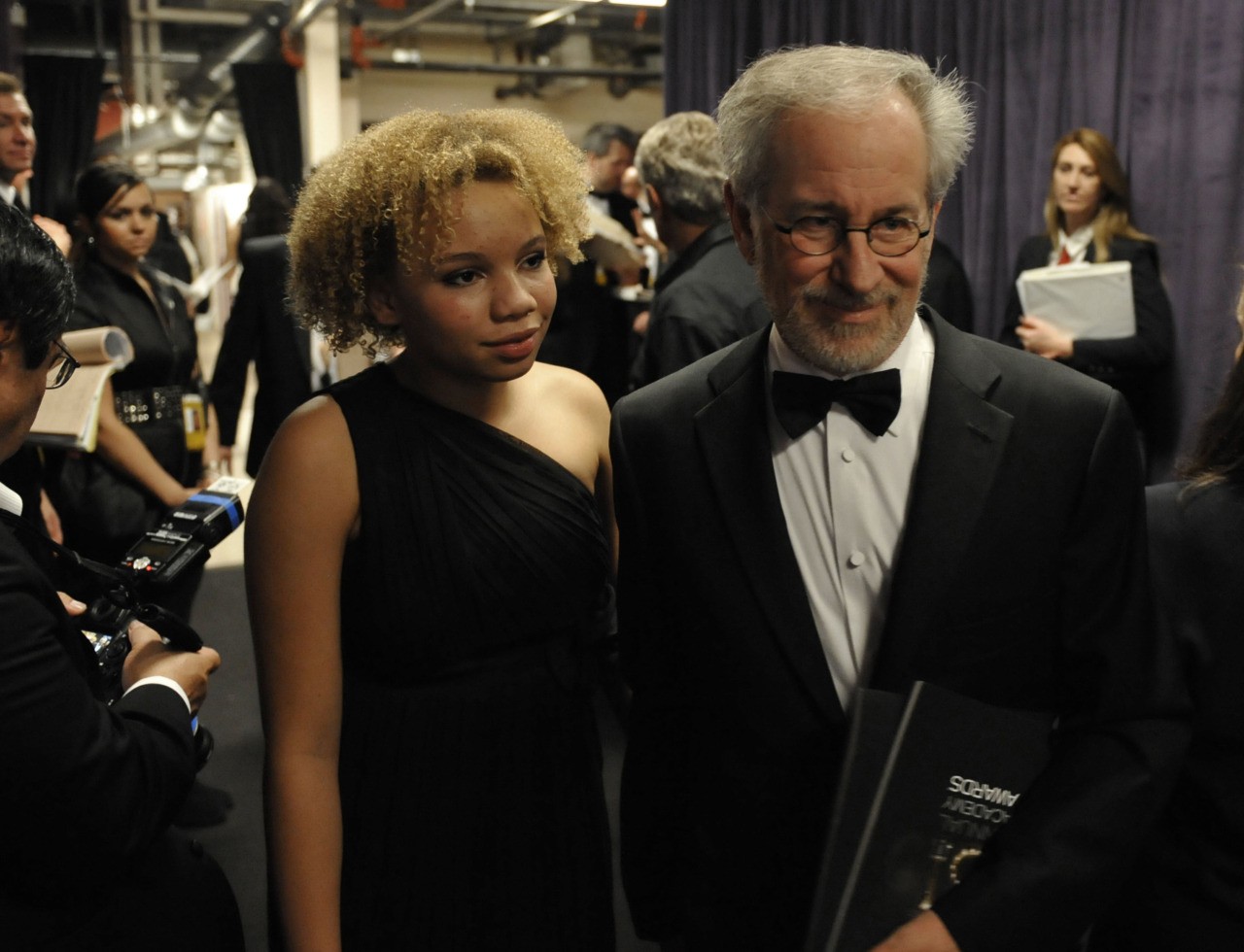 “I feel like doing this kind of work, I’m able to ‘satisfy’ other people, but that feels good because it’s not in a way that makes me feel violated,” she said.

Mikaela told her @vandalprincess Instagram fans of her new venture on Wednesday.

Throw back to one of my first and only photo sets 😭🙏🏼. This was the only insta safe one and it’s also my fav ❣️. Also I’m super proud of the necklace because it was the first piece of jewelry I bought with my own finances 💯💯💯. Also where are y’all getting those cool censorship stickers at ? Also if you say me having my body on display is disrespectful to my family I will quite literally yeet you into the sun. I just noticed the tag btw #swerfsnotwelcomehere #18plusonly #celebrateyourbody #amatuermodel #perfectlyimperfect #plussizelingerie #plussize #thicc #18plus #uniquefeatures #tryingmybesteveryday #pinup

The young woman also insisted that her new career was not a bottom-of-the-barrel choice.

“This isn’t like an ‘end of the road’ or ‘I’ve hit bottom’ choice,” she said. “This is a positive, empowering choice. I realized there is no shame in having a fascination with this industry and wanting to do something that is safe, sane, consensual.”

“My body, my life, my income, my choice. I owe not a single person my autonomy or virtue just because of a name,” she told the paper.