Kamala Harris will topline a fundraiser Thursday afternoon with a Hollywood producer who regularly attacks women as “twats,” reports the Washington Free Beacon.

Doug Prochilo, a Hollywood producer and screenwriter, reportedly donated $100,00 to co-host what will be a virtual Hollywood fundraiser.

His hostility towards women goes back to at least 2018 and includes attacks on Harris herself. [screen shots embedded below]

Using his Twitter account, which was apparently deleted after the Free Beacon published its original story, Prochilo attacked Harris as “tiresome” and told her to “grow a pair.”

Appearing at the fundraiser with Prochilo are some of the biggest names in Hollywood, including Ryan Murphy, J.J. Abrams, and Lee Daniels.

The Free Beacon found a half dozen or so instances where Prochilo lashed out at women as “twats,” sometimes directly in their Twitter mentions.

He lashed out directly at White House Press Secretary Kayleigh McEnany as “an insane twat.”

Sen. Susan Collins (R-ME) was described as an “old twat.”

First Lady Melania Trump was spared the twat treatment, but Prochilo did attack her directly as an “illegal immigrant criminal.”

This is the kind of racist, sexist, and xenophobic behavior we have come to expect to see tolerated from Joe Biden, a man credibly accused of a vicious sexual assault, a man to whom, racism is a second language .

This is also the kind of behavior we of course expect from left-wing Hollywood, a mob of demented and hypocritical racists and misogynists interested only in power and self-aggrandizement.

Naturally, America’s fake media are ignoring this story. You know, the same media that destroyed the life of a nobody rodeo clown.

Prochilo isn’t some nobody. He’s rubbing elbows with the woman nominated for vice president. He’s married to a powerful woman named Bela Bajaria who handles content acquisition for Netflix. But his xenophobia and misogyny hails from the left, so that’s okay. 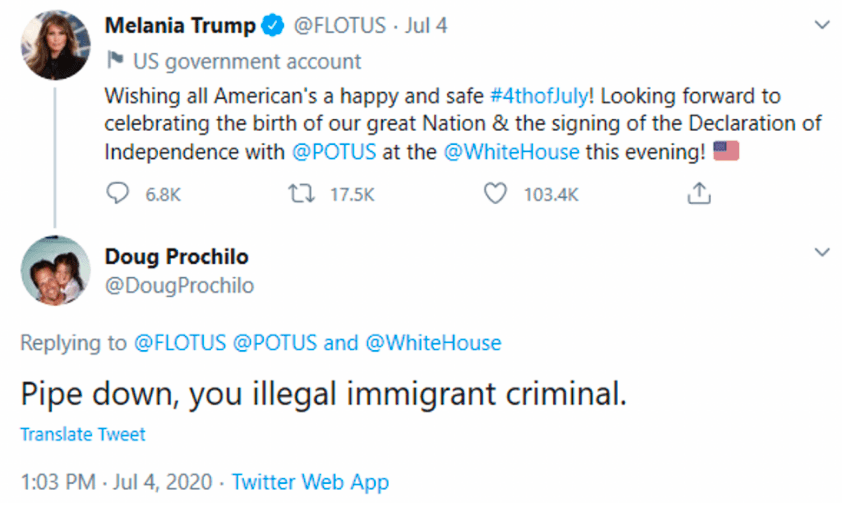 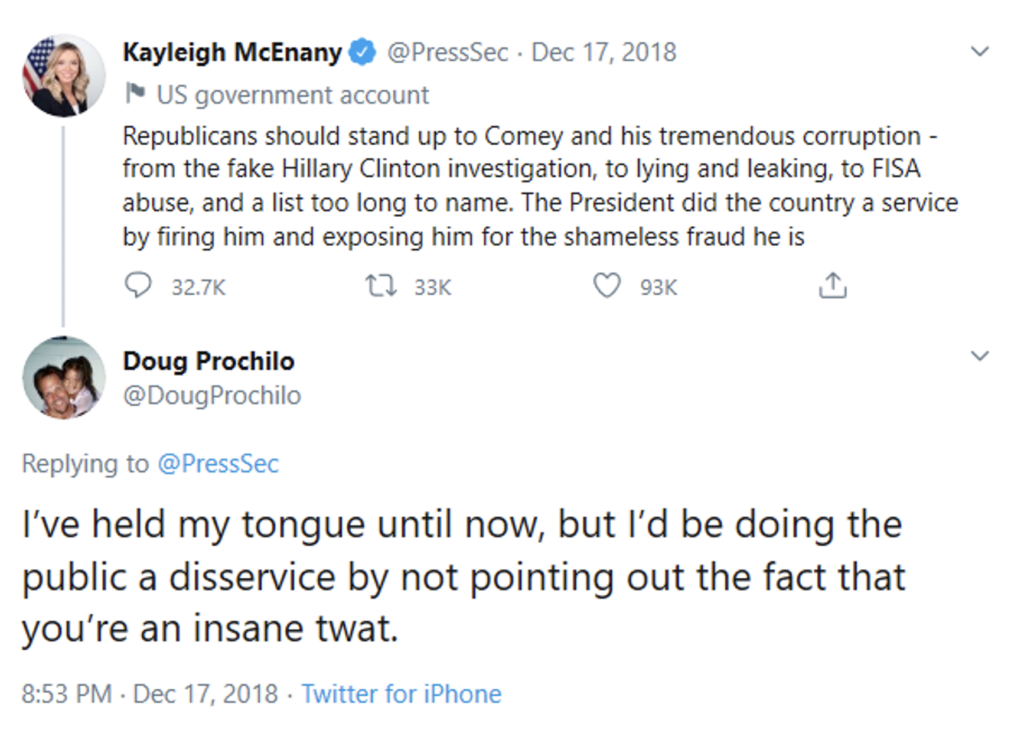 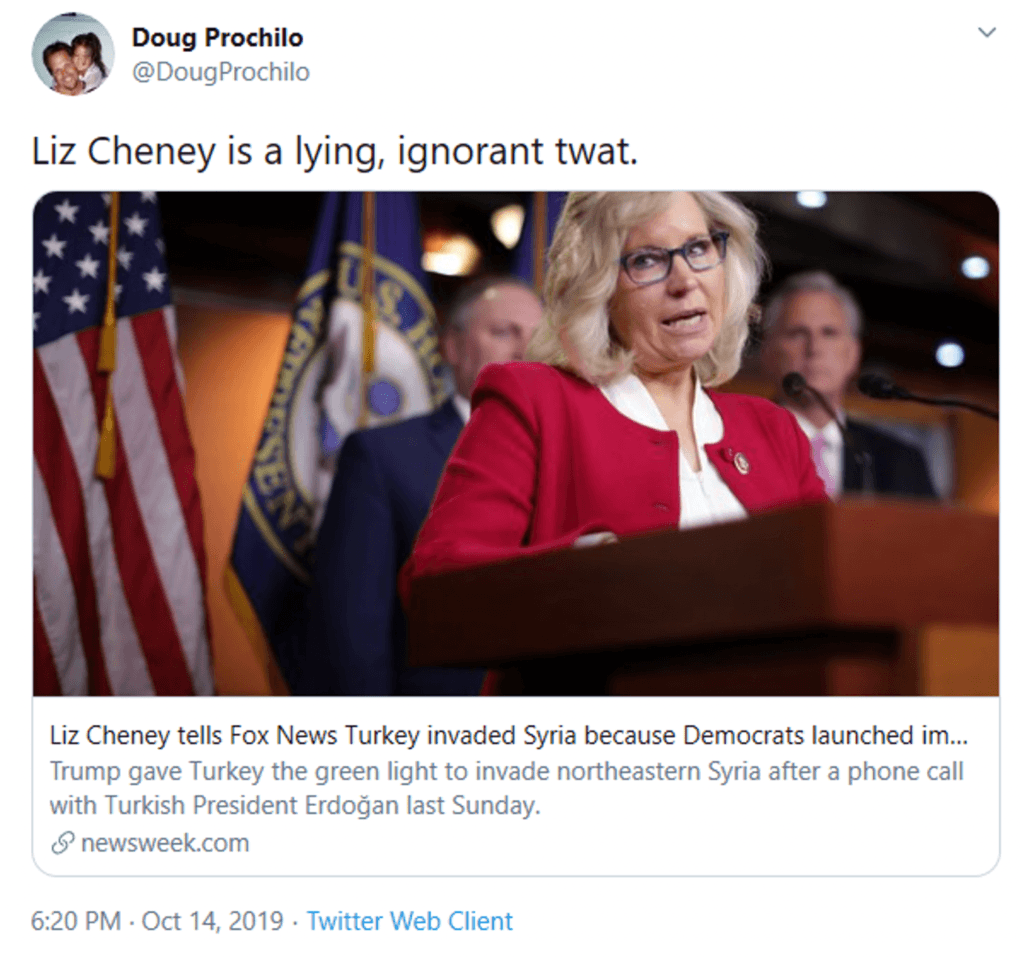 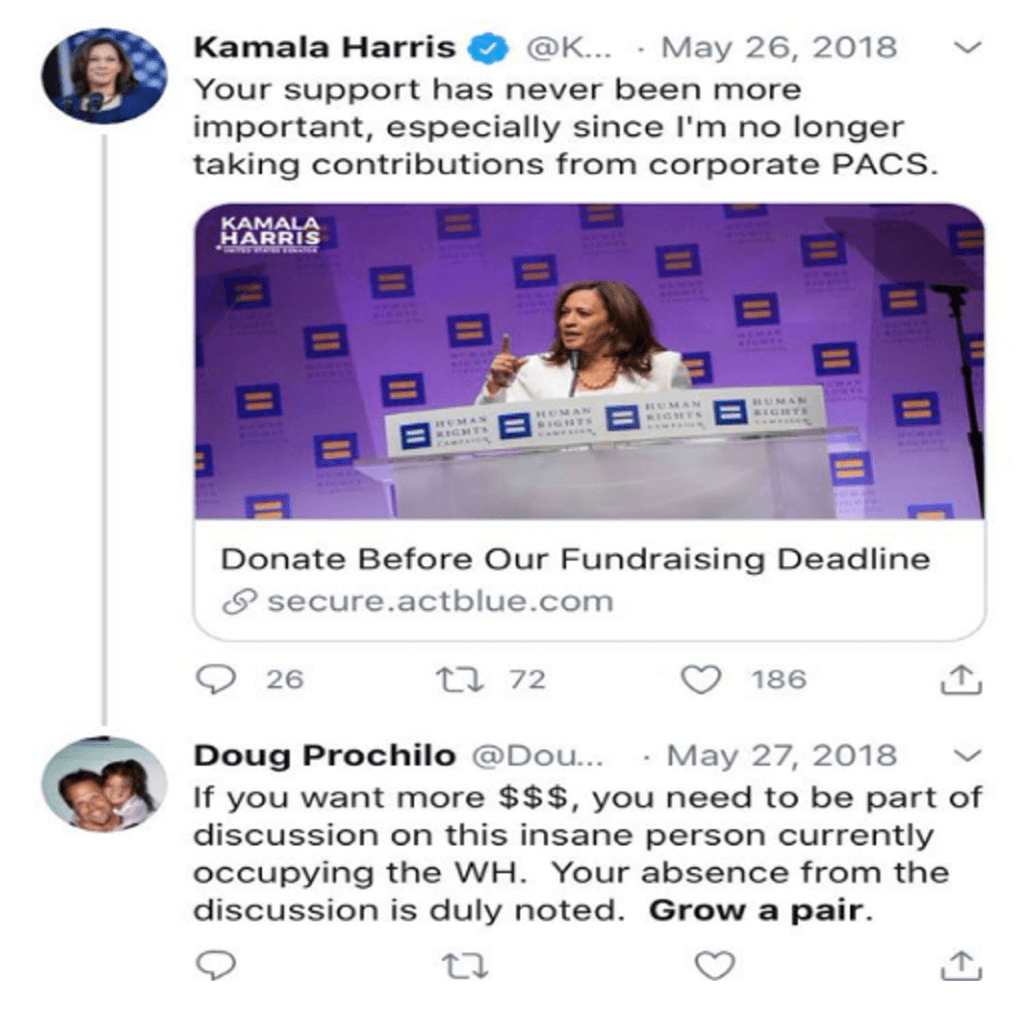