Sen. Kamala Harris (D-CA), Democrat Joe Biden’s running mate in the 2020 presidential election, is receiving praise for her wardrobe choices on the campaign trail by the same political media that relentlessly attacks and mocked First Lady Melania Trump for her wardrobe of haute couture and runway-ready fashion.

This week, Harris met with California Gov. Gavin Newsom (D) to tour property that has been ravaged by wildfires. For the visit, Harris chose a pair of dark wash skinny jeans, a parka jacket, and rugged Timberland boots. The boots were enough to set off widespread gawking and fawning from the elite media over Harris’s otherwise mundane choice of shoes.

“Kamala D. Harris goes viral — for her shoe choice,” a headline from the Washington Post noted.

InStyle magazine poured on the praise, writing of Harris’s wardrobe:

Kamala has let her accessories do the talking. Throughout her campaign for the Democratic nomination, the senator has topped her uniform — a dark pantsuit layered over a neutral shell — with pearls. Her more casual looks — denim and a white button down — are paired with Converse sneakers. Both pearls and Converse communicate an understanding of our country’s traditions, old and new. And with her Timbs, Kamala says, “I’m not another stuffy old white guy.” Message received.

“Not only did Harris don what few other politicians would dare, but she also paired the utilitarian boots with a pearl necklace — another one of her signature fashion items,” Refinery29 wrote. 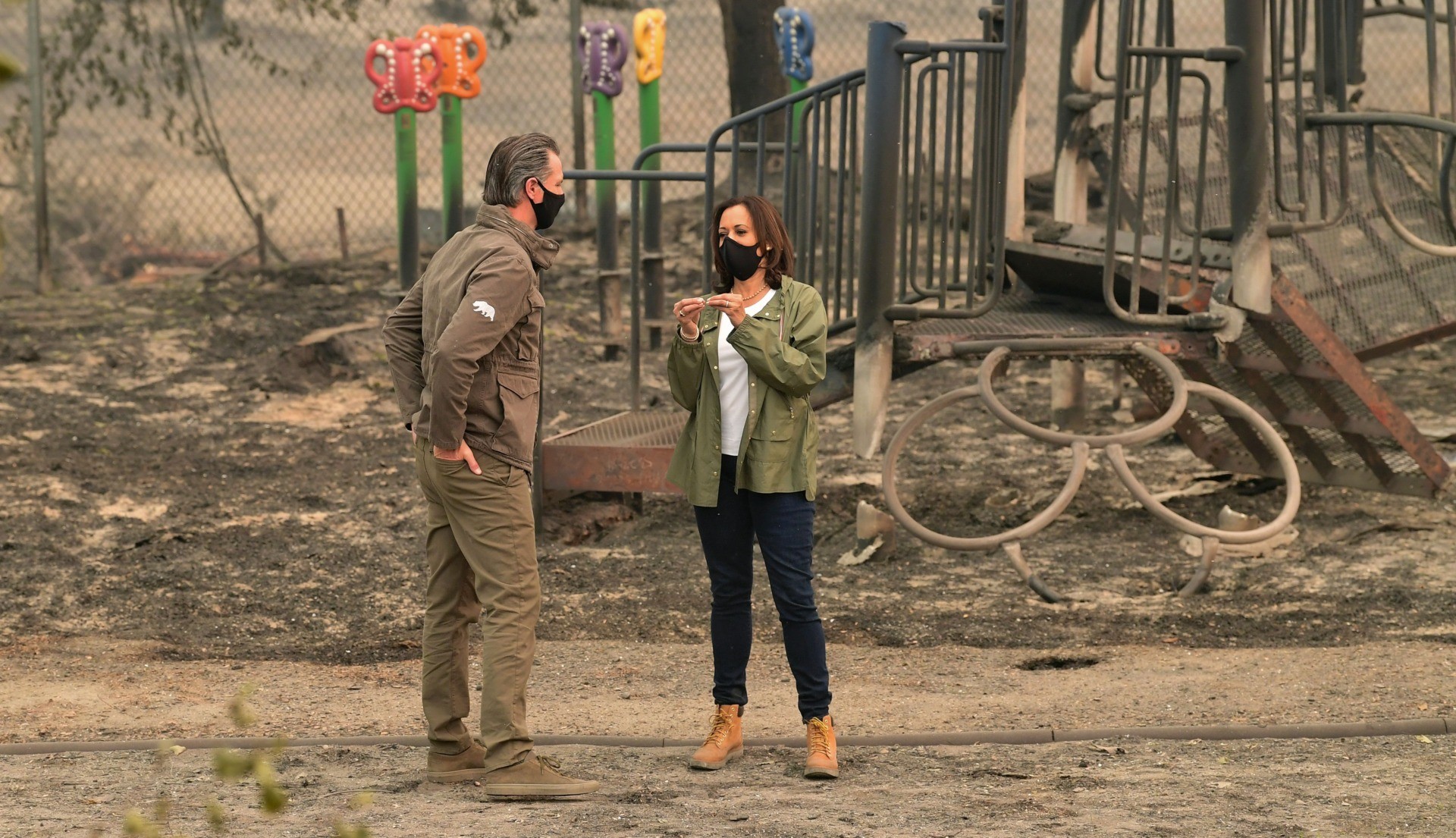 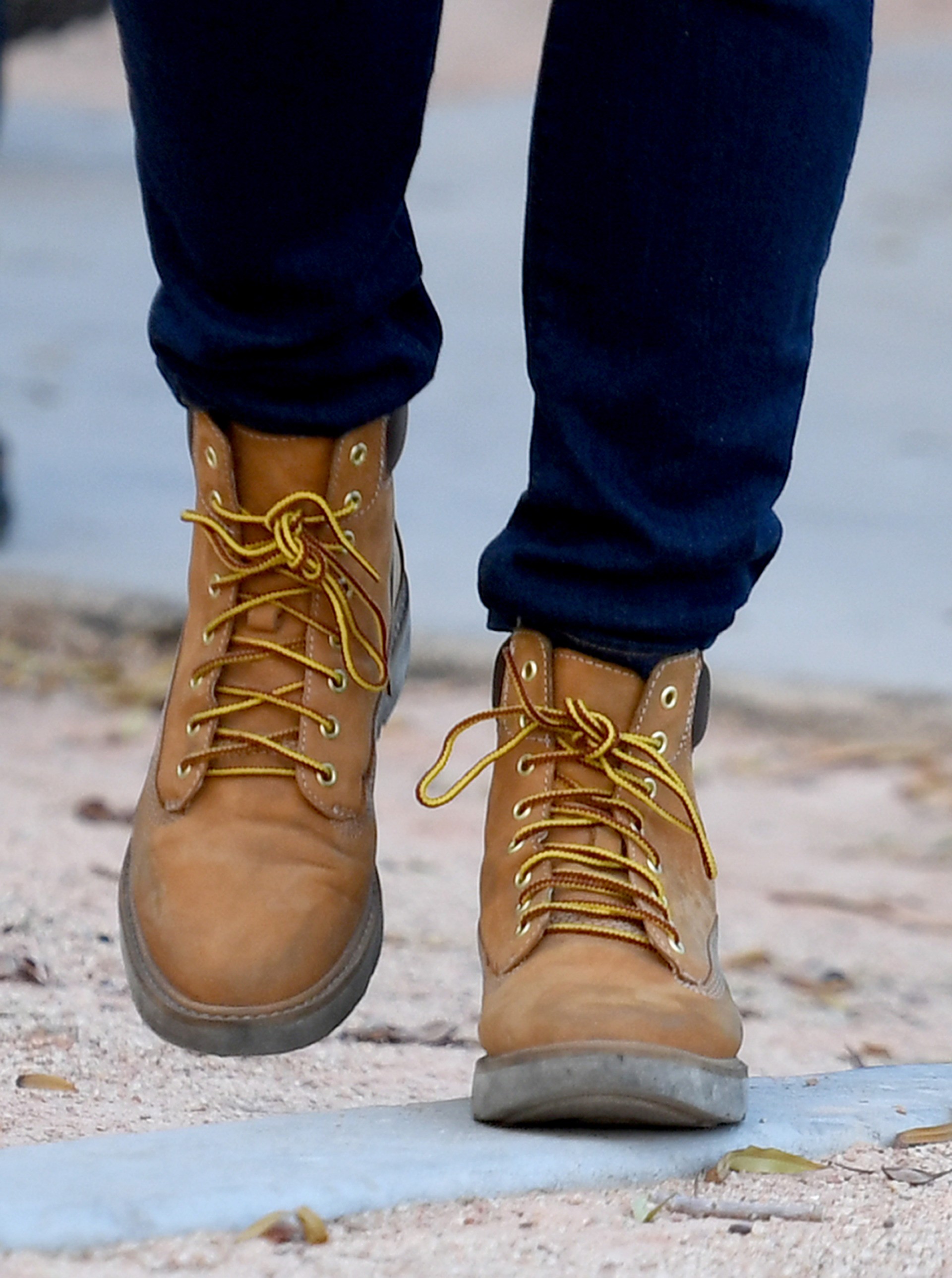 Contrast the media’s gushing over Harris’s boots, converse sneakers, and pearls with their hackneyed coverage of Melania Trump’s Timberland boots that she wore for a surprise visit to American troops at the Al Asad Air Base in Iraq on December 26, 2018. The event marked the first time Mrs. Trump and the president visited American troops deployed in a war zone since the 2016 election.

Mrs. Trump chose a pair of Timberland boots to go with her Victoria Beckham yellow suede top and dark green skinny pants. For the ensemble, the media mocked Mrs. Trump.

Refinery29 and Yahoo Lifestyle highlighted nasty comments directed at Mrs. Trump where social media users wrote “I have never in my life seen anything stupider than Melania Trump in a pair of Timberland boots” and “There are so many more important things to critique, but I’m sorry I just cannot with Melania’s timbs.” 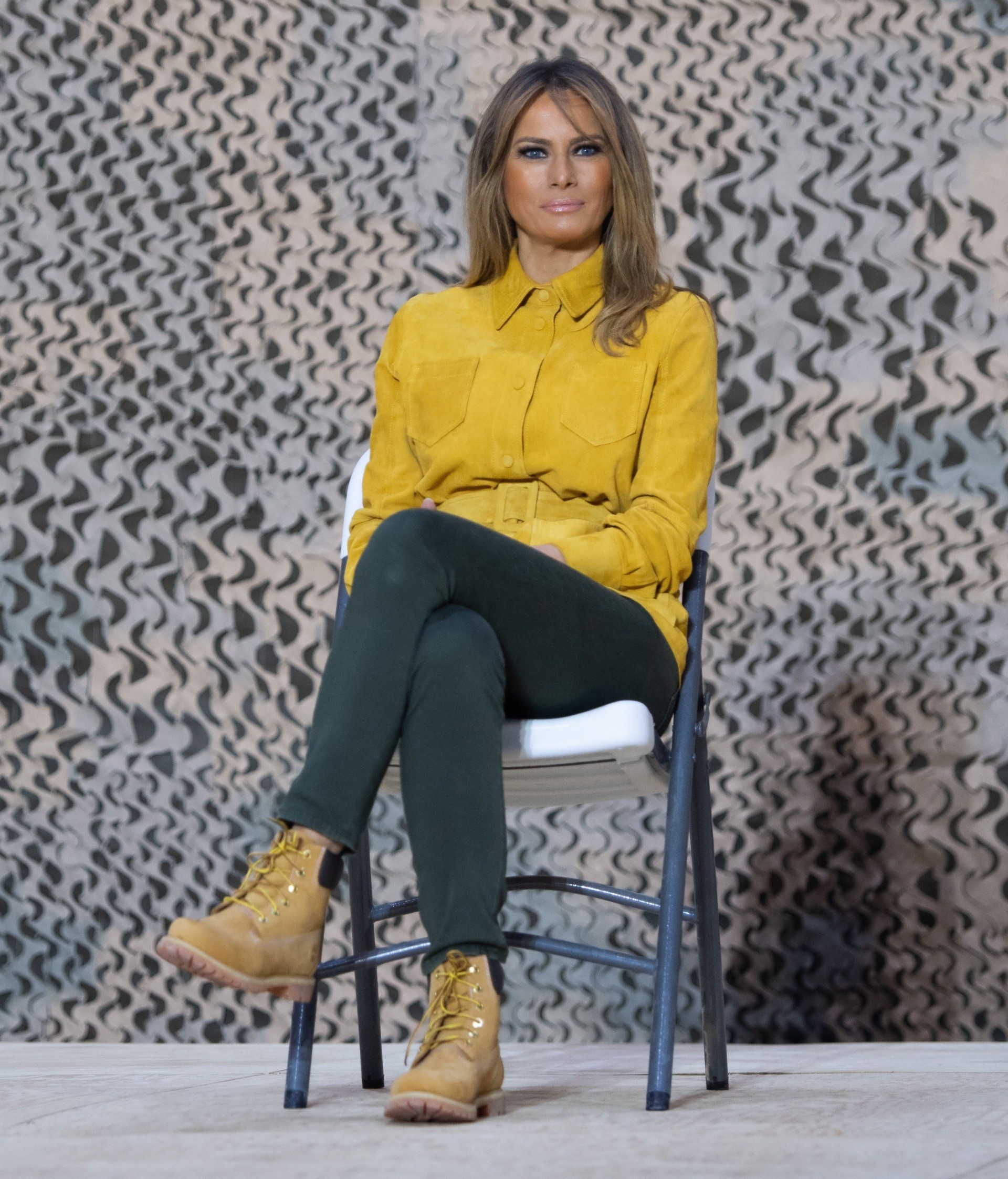 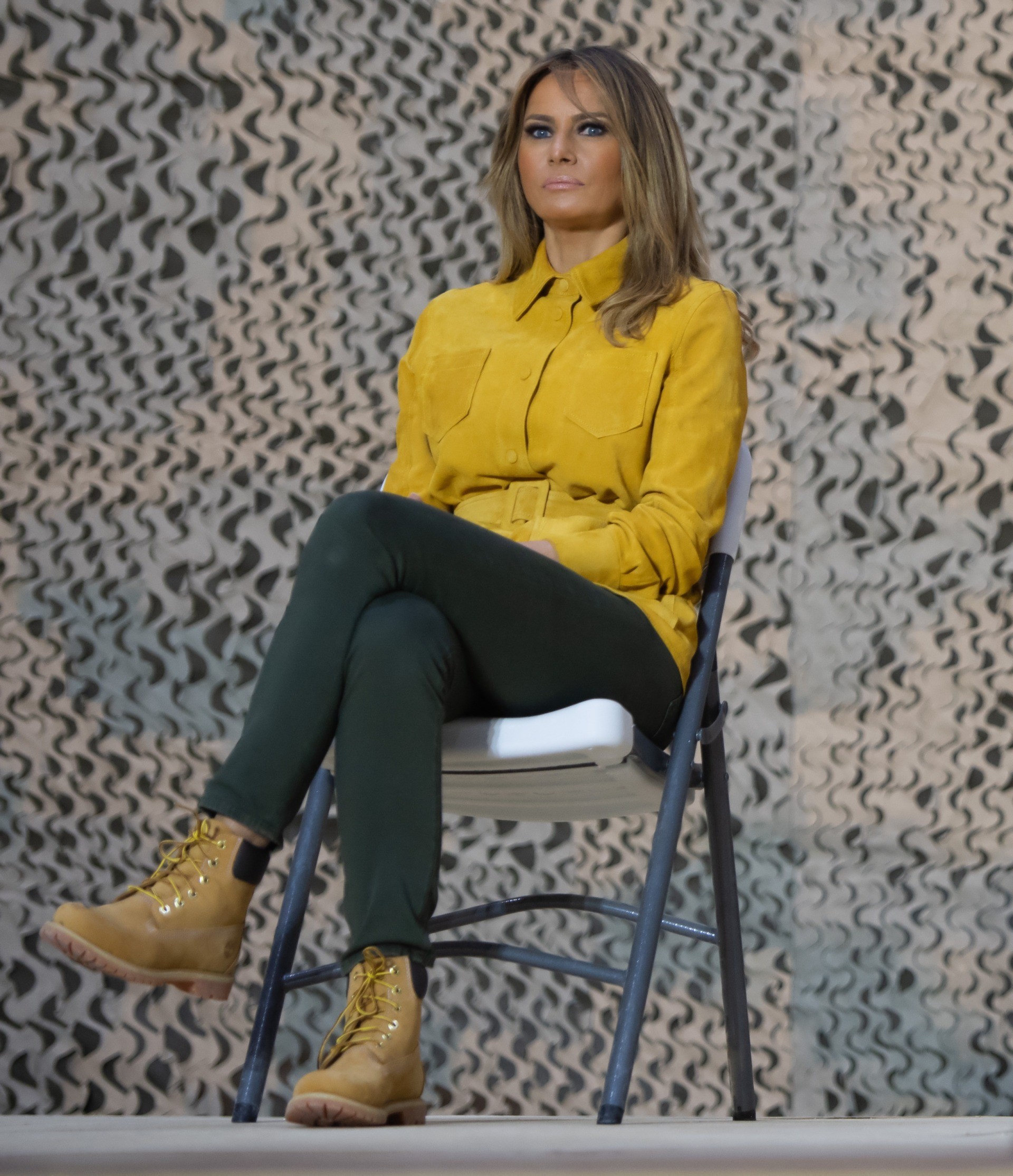 Without seeking any approval from the media, and the fashion establishment, Mrs. Trump has worn military-style boots on several occasions, including visiting natural disaster victims.

Unlike Sen. Harris, though, Mrs. Trump opts for stilettos on the campaign trail. 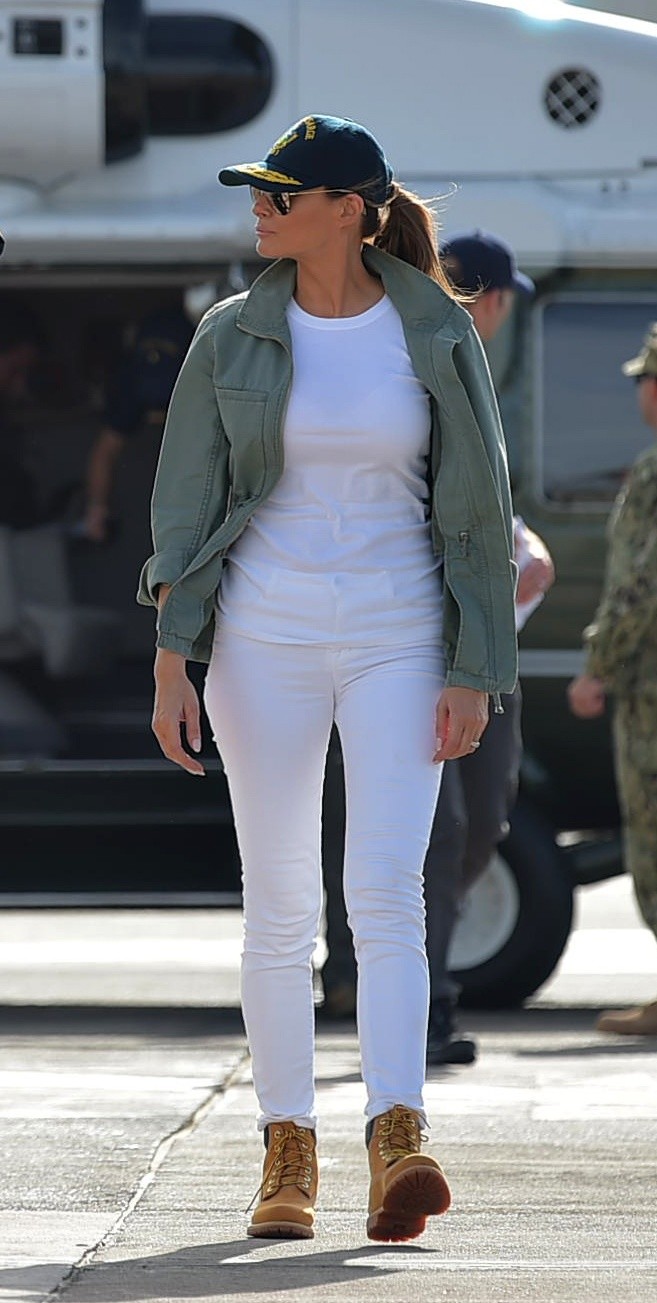 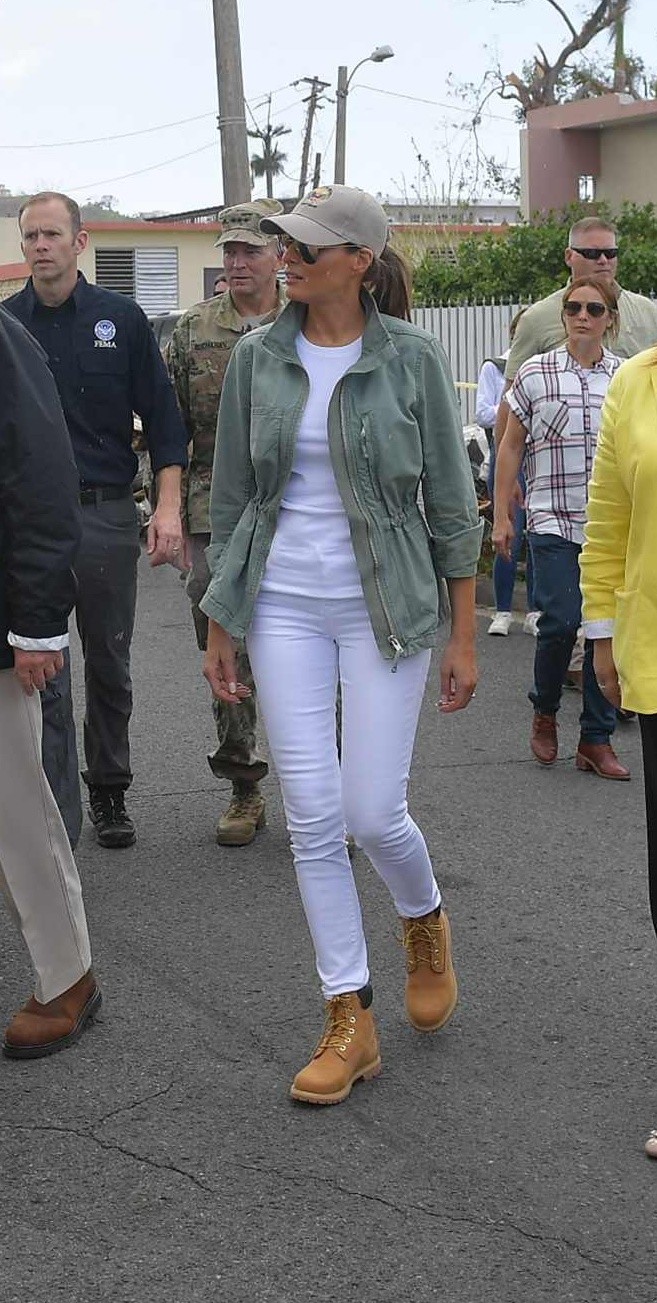