Styles has been engaged with a tête-à-tête with Owens after she slammed him for posing in Vogue wearing a dress. Owens said we need to “Bring back manly men.” Styles then replied with a photo showing him eating a banana.

Owens next shot back that Styles’ banana post is proof she inspires a global conversation, writing, “When people try to tell me I don’t have influence, and then [Styles] dedicates an entire post to my tweet.”

Noah Cyrus took things to a higher level. She jumped to her Instagram Story to attack Owns, who is black, by calling her a racially charged name. “He wears this dress better than any of u nappy ass heauxz,” Cyrus wrote. 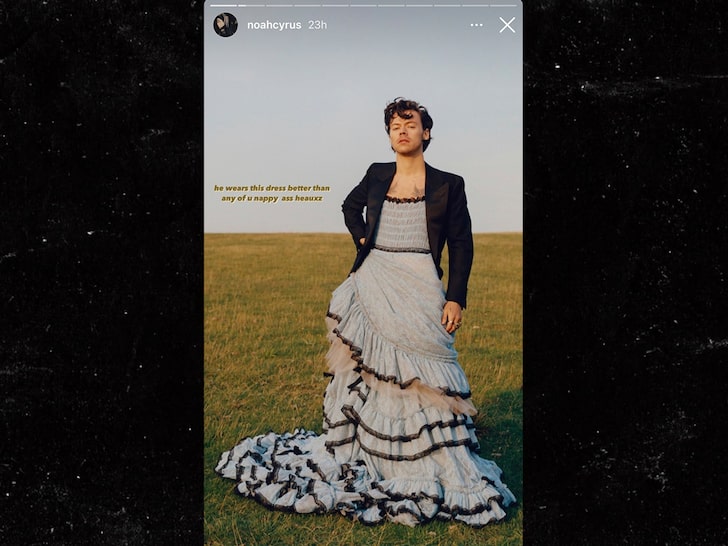 Of course, “nappy” is a racial slur of long standing and its use against the black conservative commentator rightfully brought Cyrus quite a bit of condemnation.

It was not long before the singer was apologizing and claiming that she did not know of the “context and history” of the racial epithet.

“I am mortified that I used a term without knowing the context and history, but I know now, and I am horrified and truly sorry. I will never use it again. Thank you for educating me,” Noah Cyrus wrote on Instagram Story. 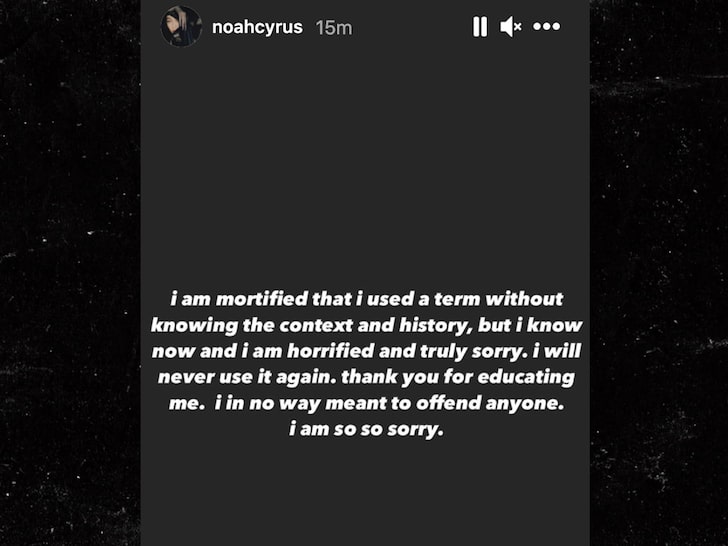 Any one of woke liberals care to explain to me how @noahcyrus calling me a “nappy ass hoe” is not racist?
I’m all ears.
You guys love cancel culture. @MileyCyrus come get your sister! https://t.co/N6Ej7UICPW