Reflecting on her acclaimed role on the hit drama Mad Men, actress Christina Hendricks said she has mostly fond memories of working on the show with series creator & executive producer Matthew Weiner. But she has suffered sexist treatment at the hands of the entertainment press and agrees that Hollywood is rife with sexual harassment.

“There certainly was a time when we were very critically acclaimed, and getting a lot of attention for our very good work and our very hard work, and everyone just wanted to ask me about my bra again,” Hendricks told the Guardian. “There are only two sentences to say about a bra.”

The 46-year-old actress went on to note that as Madmen continued to set trends and earn awards and accolades, the women on the show were mostly ignored by popular culture at large, especially early in the series’ run.

“Men started dressing like Don Draper and Roger Sterling. Suits came back in; skinny ties came back in. It took three to four seasons, and then all of a sudden, people wanted us [the female stars] on magazines,” the still-stunning redhead added. “We were like: ‘This is strange – we’ve been doing this for a while.'” 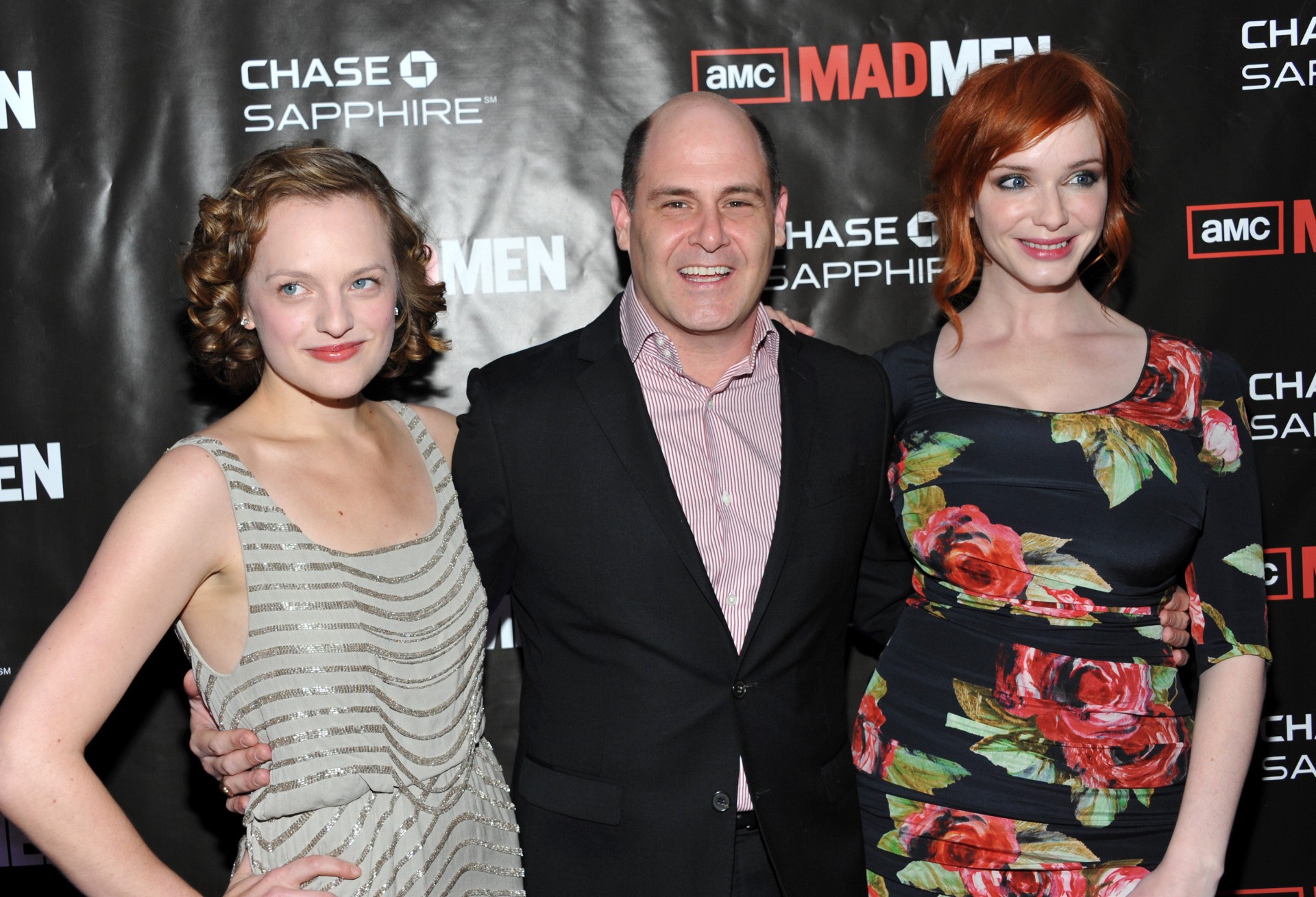 Hendricks also insisted that the entertainment industry still has a huge problem with sexual harassment and inequality, despite its supposed wokeness,

“I don’t know one musician or one model or one actor who has escaped that,” Hendricks told the UK paper. “I have had moments — not on Mad Men; on other things — where people have tried to take advantage of me, use my body in a way I wasn’t comfortable with, persuade me or coerce me or professionally shame me: ‘If you took your work seriously, you would do this,'” she said imitating her oppressors.

Hendricks said she assumes that the same harassment problems occur in most industries but that Hollywood just has a higher profile over the issue because of the fame many of its stars have achieved.

Still, despite accusations that the show’s creator, Matthew Weiner, sexually harassed members of the Mad Men staff, Hendricks told the Guardian that she did not experience any harassment at Weiner’s hands.

“My relationship with Matt was in no way toxic,” she said. “I don’t discount anyone’s experience if I wasn’t there to see it, but that wasn’t my experience. Was he a perfectionist, was he tough, did he expect a lot? Yes. And he would say that in a second. We were hard on each other.”

Christina Hendricks can be seen on the NBC comedy-drama series Good Girls, which follows the misadventures of a cadre of normal, everyday women who get “fed up” and decided to rob a local grocery store. The robbery leads to a spiraling of bad behavior and consequences. The series’s fourth season debuted in March. The network has not yet said if the series will be afforded a fifth season.