In an interview with Entertainment Weekly, Stephen King called Trump “incompetent and lazy,” while also blaming the former president for “maybe hundreds of thousands” of deaths during the pandemic.

“I was horrified by Trump as president for all kinds of reasons,” he said, “but number one was, as president, he was incompetent and lazy. So for that reason I had a real problem with him and I used to tweet about that quite often during the whole Trump presidency.”

King was responding to a question about his latest novel, Billy Summers, which is reportedly set in 2019 against the backdrop of the Trump administration. 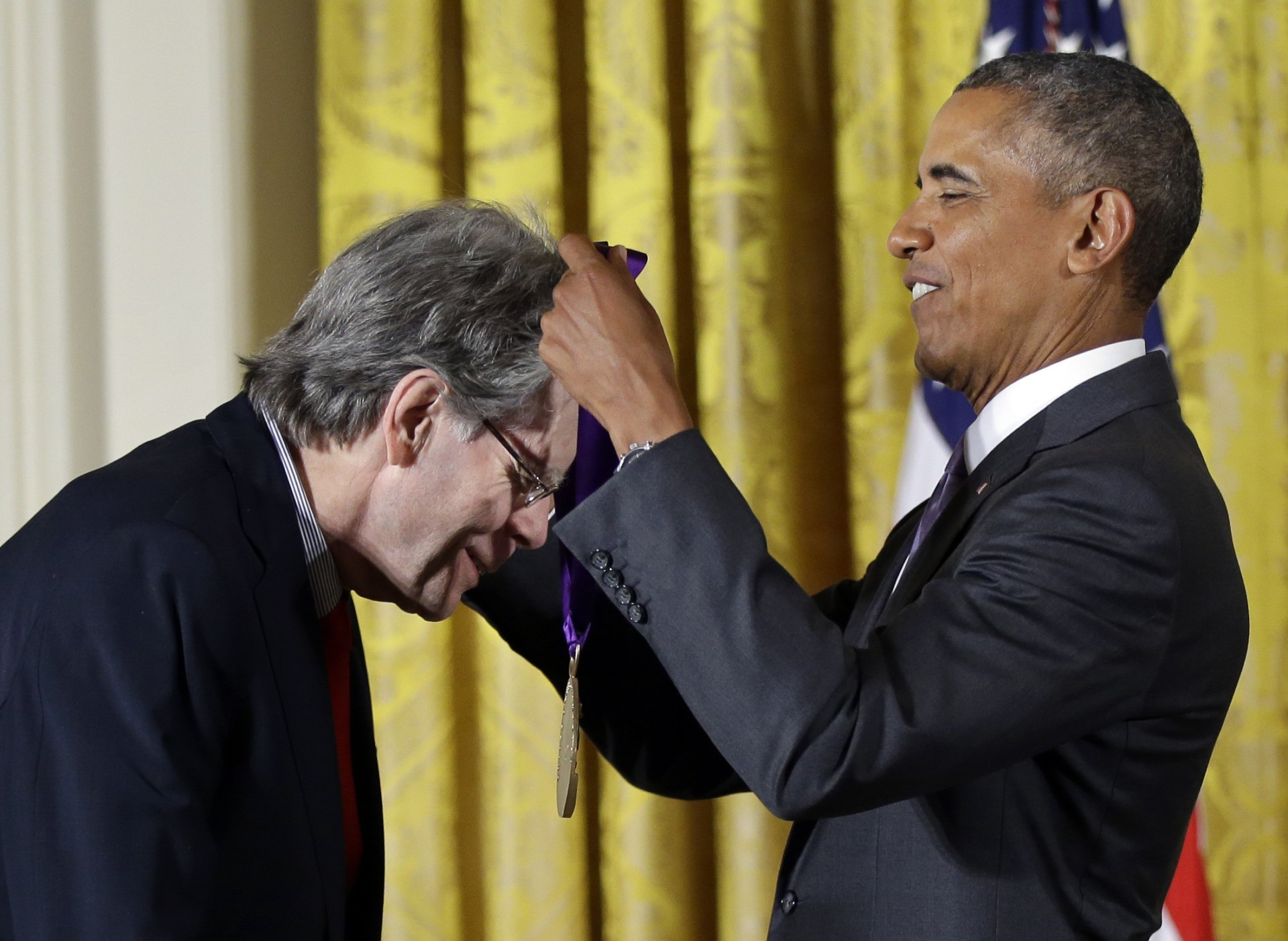 President Barack Obama awards the 2014 National Medal of Arts to author Stephen King of Bangor, Maine, during a ceremony in the East Room at the White House in Washington, Thursday, Sept. 10, 2015. (AP Photo/Manuel Balce Ceneta)

When asked about his 1978 novel The Stand, which is set during a worldwide flu epidemic, the left-wing author once again complained about the former president.

“There was some effort by the Trump administration early on to downplay the seriousness of [COVID-19], and that really was like The Stand,” he said. “Just the fact that Trump refused to wear a mask cost tens of thousands and maybe hundreds of thousands of lives.”

King made no mention of prominent Democrat leaders who downplayed the virus in its early days, including Joe Biden, who criticized Trump’s decision to end flights from China, claiming it was “xenophobic.”

King was one of the entertainment industry’s most consistent Trump hecklers, using his social media platform to hurl insults and at times inaccurate accusations at the White House.