“And she and her fiancé will get married next year at a wedding that I will officiate,” the Trading Places and Freaky Friday actress said of Ruby. Curtis and Guest share two children together, 34-year-old Annie, and 25-year-old Ruby — formerly known as Thomas. 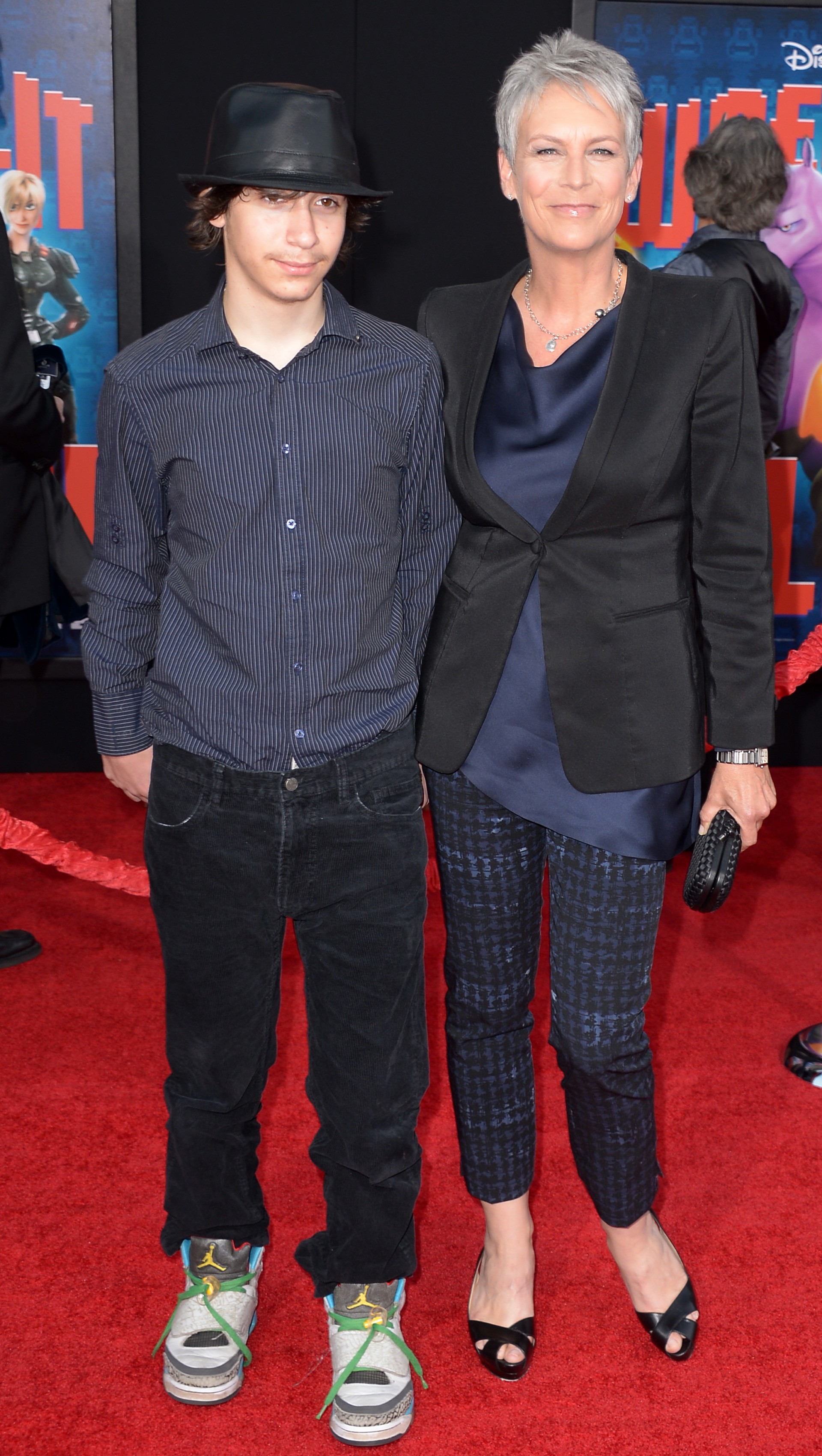 Actress Jamie Lee Curtis and her son arrive for the premiere of Walt Disney Animation Studios’ ‘Wreck-It Ralph’ at the El Capitan Theatre on October 29, 2012 in Hollywood, California. (JOE KLAMAR/AFP via Getty Images)

Pearls for Kamala and all women! pic.twitter.com/OIbOB77ZO2

But in the wake of her son now identifying as a female, perhaps one of the biggest so-called “old ideas” Curtis has recently shed is the biological reality that gender is fixed, reports AARP.

As media outlets and science-denying left-wing activists continue to hype transgenderism and guide children to doubt their biological sex, more young people are identifying as nonbinary.

Research published earlier this month by the Trevor Project found that over one in four — 26 percent — of LGBTQ youth identify as non-binary. An additional 20 percent said they are not sure or are questioning whether they identify as nonbinary.