HAPPY BIRTHDAY TO THE COOLEST @BarackObama surprise!! I’m grateful to have been able to celebrate with you and your family SAFELY. pic.twitter.com/bzTAeXv8Yp

The lavish, celebrity-studded affair was reportedly scaled back from the original 400-plus guest list and 200 serving staff amid rising cases of the Delta variant of COVID-19. But multiple reports suggest socialites began arriving on the island on Saturday. Daily Mail reports of “massive tents” being set up for a soirée that may also include Jay-Z and Beyoncé, Tom Hanks, George Clooney, Bradlet Cooper, and Oprah Winfrey.

“Due to the new spread of the Delta variant over the past week, the President and Mrs. Obama have decided to significantly scale back the event to include only family and close friends,” Hannah Hankins, a spokeswoman for Obama, said in a statement on Wednesday. “He’s appreciative of others sending their birthday wishes from afar and looks forward to seeing people soon.” 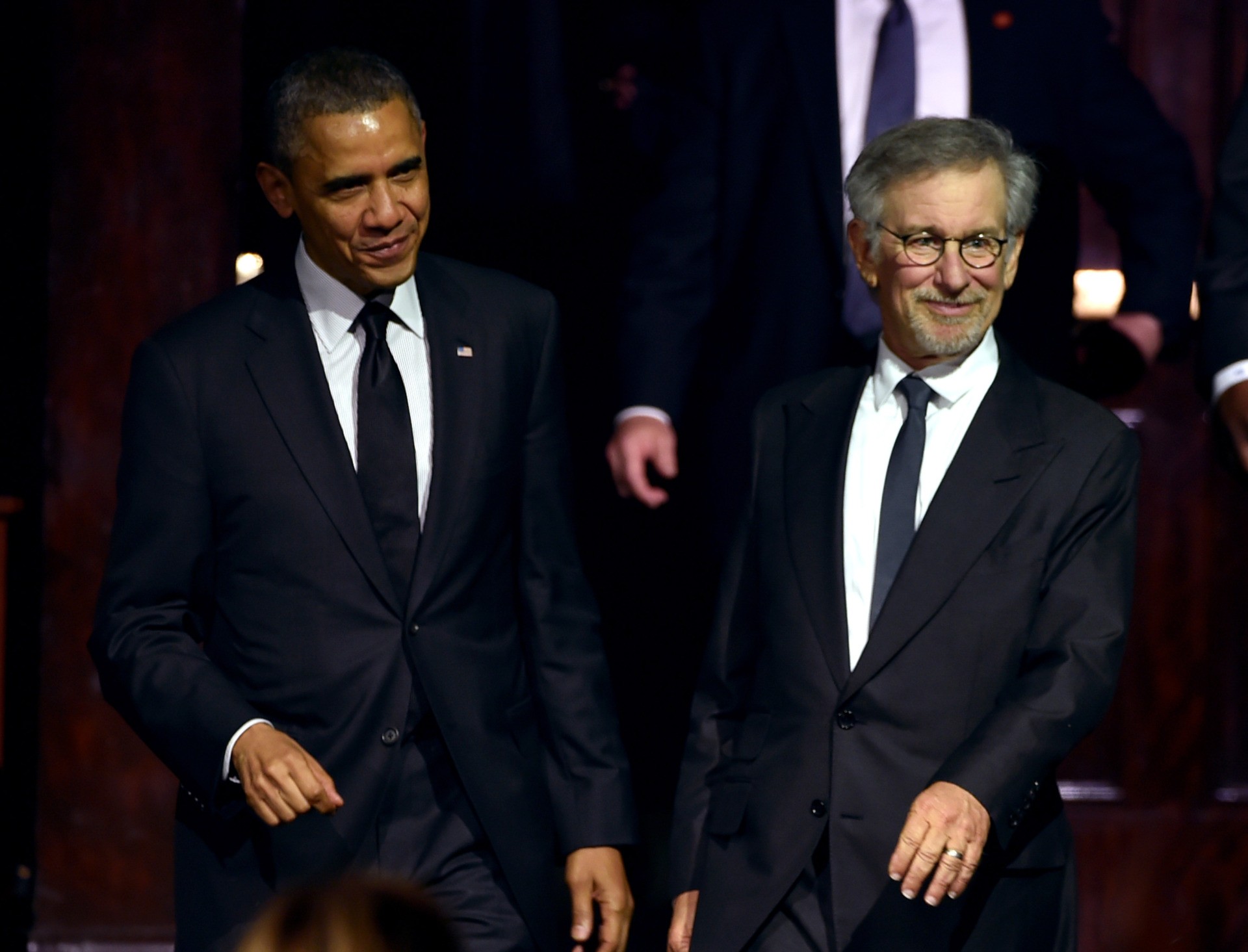 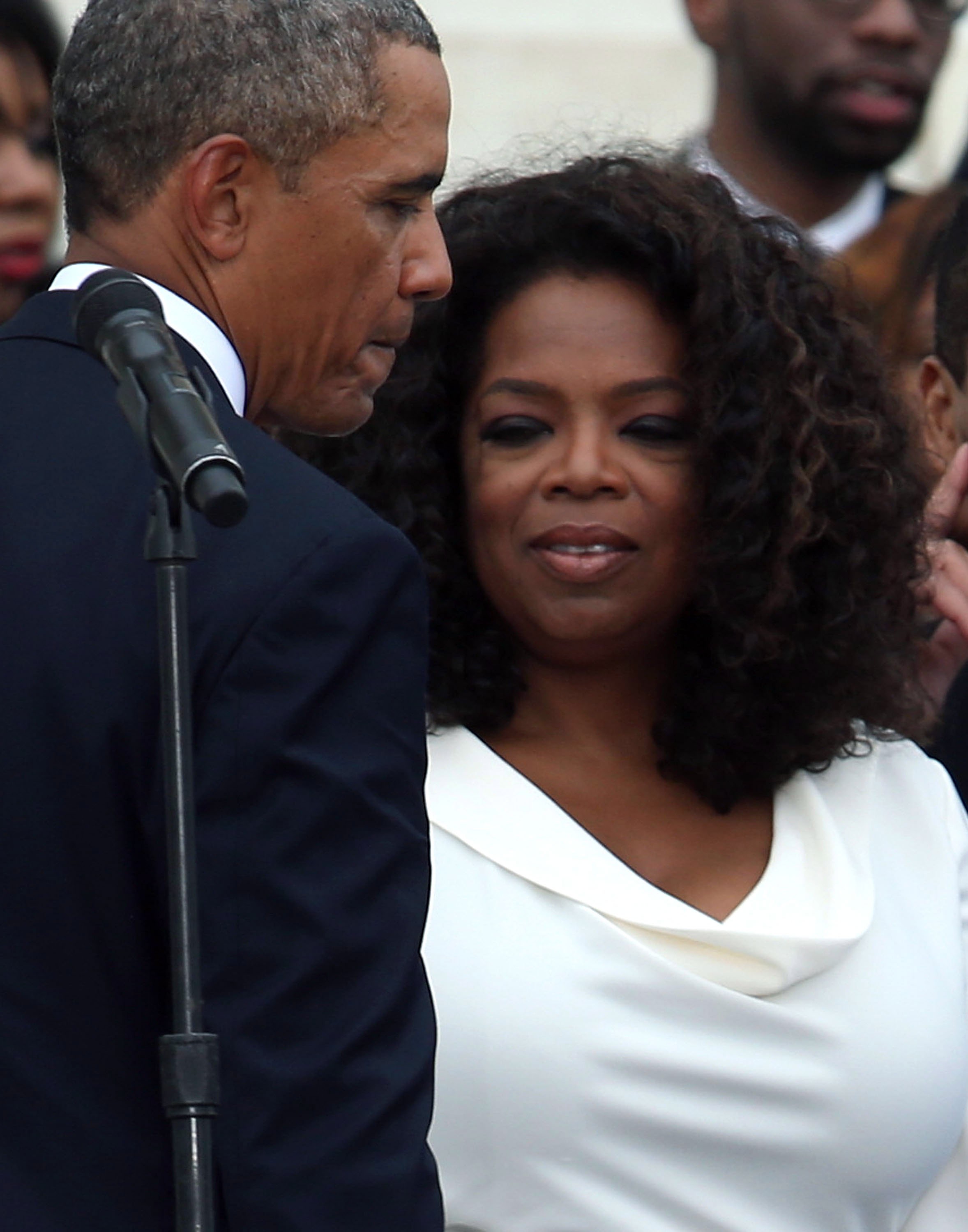 President Barack Obama (L) stands with Oprah Winfrey during the ceremony to commemorate the 50th anniversary of the March on Washington for Jobs and Freedom August 28, 2013 in Washington, DC. It was 50 years ago today that Martin Luther King, Jr. delivered his “I Have A Dream Speech” on the steps of the Lincoln Memorial. (Mark Wilson/Getty Images)

The Mail, however, reports one local saying Obama’s “close friends apparently include his golfing buddies, politicians, celebrities. Those people are here on the island and I doubt he’ll be turning them all away.” The U.K.-based paper published what it called exclusive photos of a vast marquee being set up behind the Obama’s waterfront property mere feet away from where workmen erected a canvas, which was near a collection of catering equipment.

The Mail reported that Obama took in a round of golf earlier in the day, with Cheadle and NBA coach Steve Kerr. 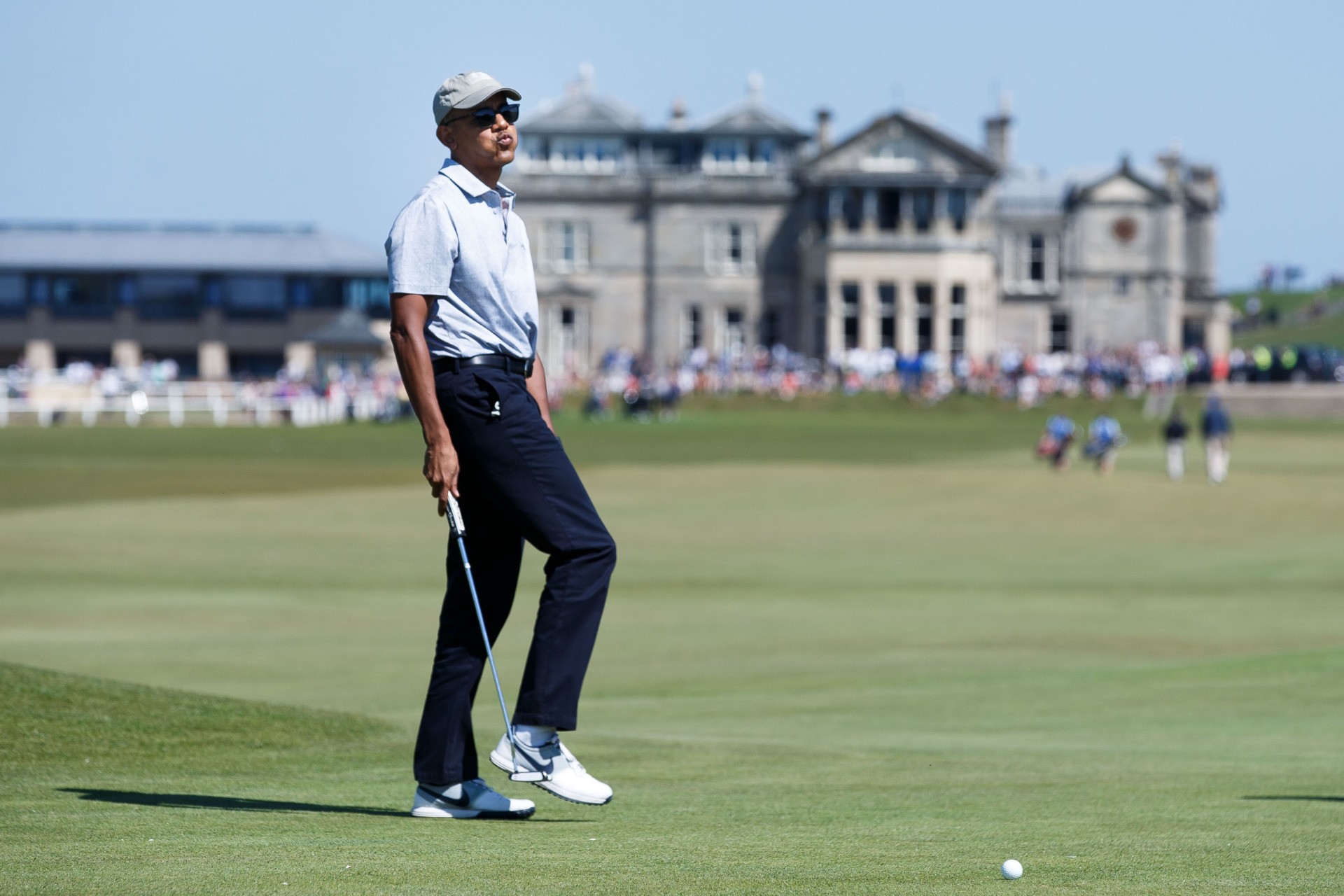 Former United States President Barack Obama plays a round of golf at the Old Course on May 26, 2017 in St Andrews, Scotland. (Robert Perry/Getty Images)

Those who reportedly didn’t make the guest list include actor Larry David, Conan O’Brien, David Axelrod and some former White House staffers, Fox News reported. John Legend is reportedly set to perform. His wife, Teigen, is still reportedly reeling from fallout of a cyber abuse scandal in which she apologized for years of repulsive behavior, including telling people to commit suicide. 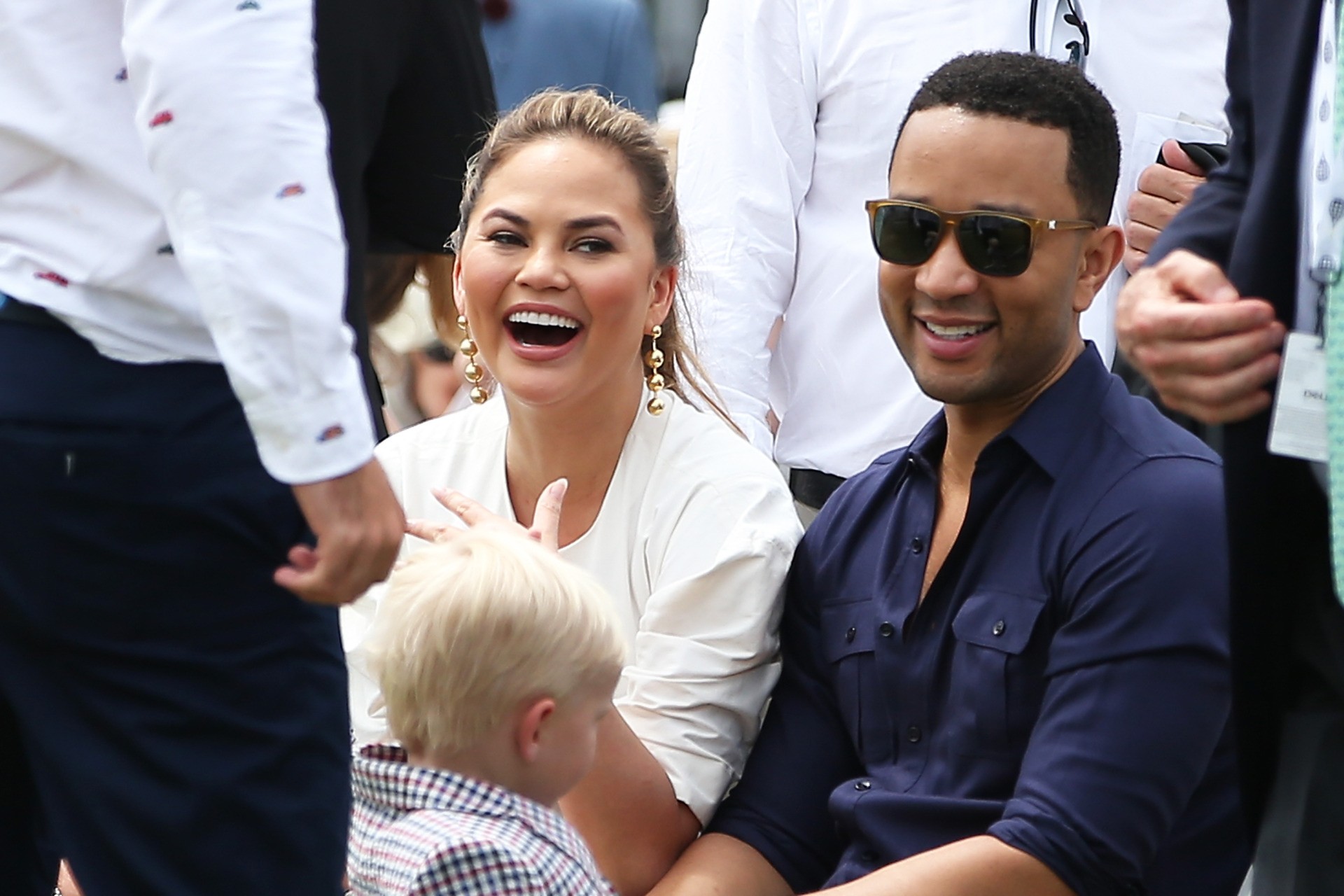 House Speaker Nancy Pelosi arrived on the island by private jet, the New York Post reported — missing Obama’s pre-party gala at the ritzy Winnetu Ocean Resort in Edgartown Friday night — arriving just in time for Obama’s birthday party, which is set to kick off at 7 p.m.

Some residents of the island, according to poet and local Rose B. Styron, were happy when they heard the Obama party would be toned down.

“A lot of islanders were very upset at the prospect of hundreds of people coming for the party. Everyone is very nervous about getting together at all,” she told the New York Times.