In one poster, Elder and Newsom are depicted as boxers, with Newsom, dressed in a Speedo, sporting Louis Vuitton gloves and wearing a matching purse around his neck. The poster jokes that the fight is presented by the French Laundry, the high-end restaurant where Newsom infamously dined with lobbyists in November, violating his own coronavirus guidelines. 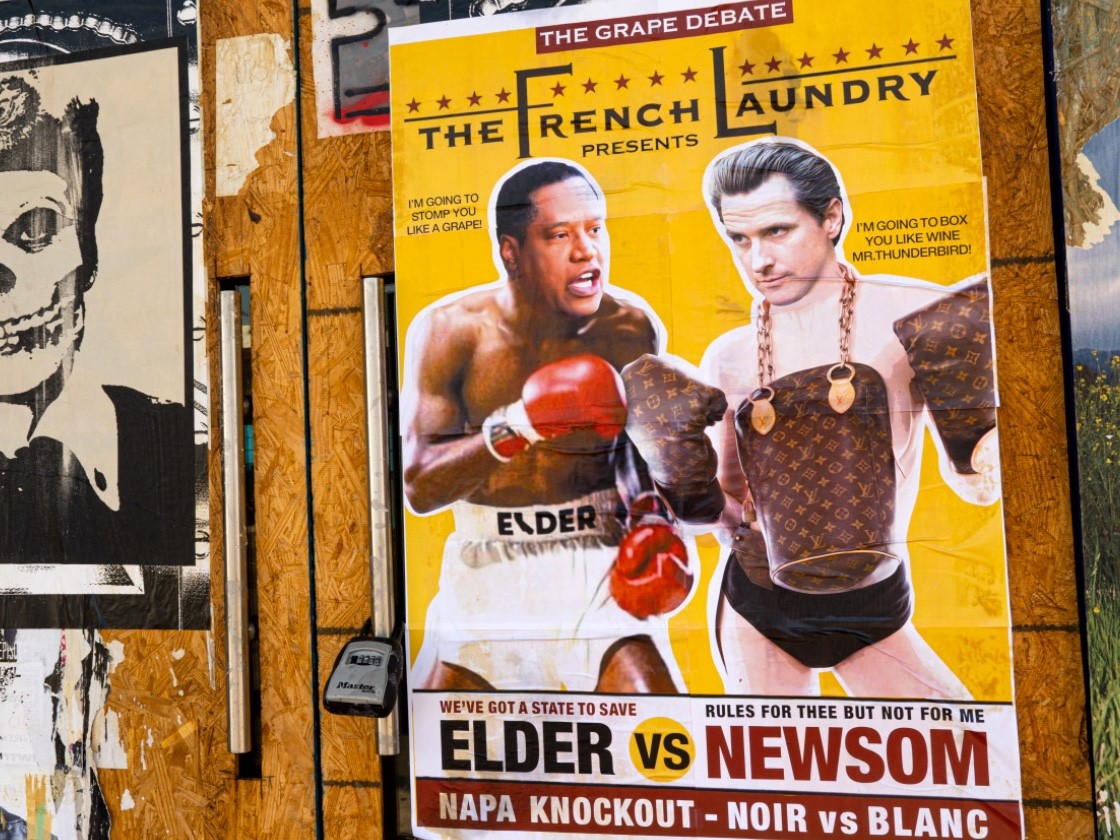 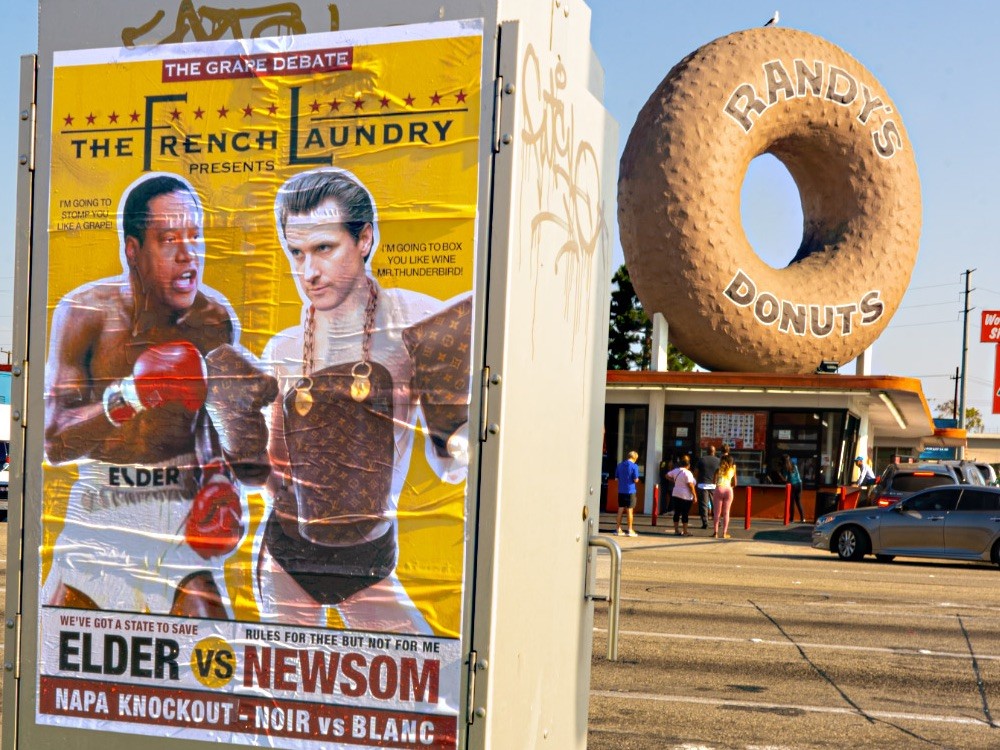 In another poster, Elder is depicted in his trademark robe, with the initials “RR” (standing for “robe rage”), and the slogan “We have a state to save.” The latter is adapted from Elder’s familiar tagline about Los Angeles, “We’ve got a city to save.” 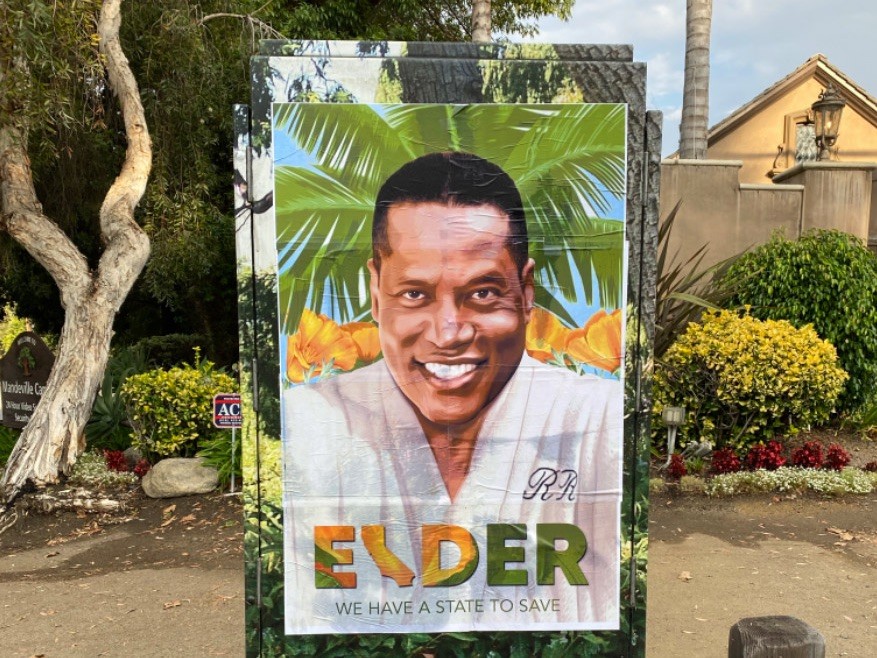 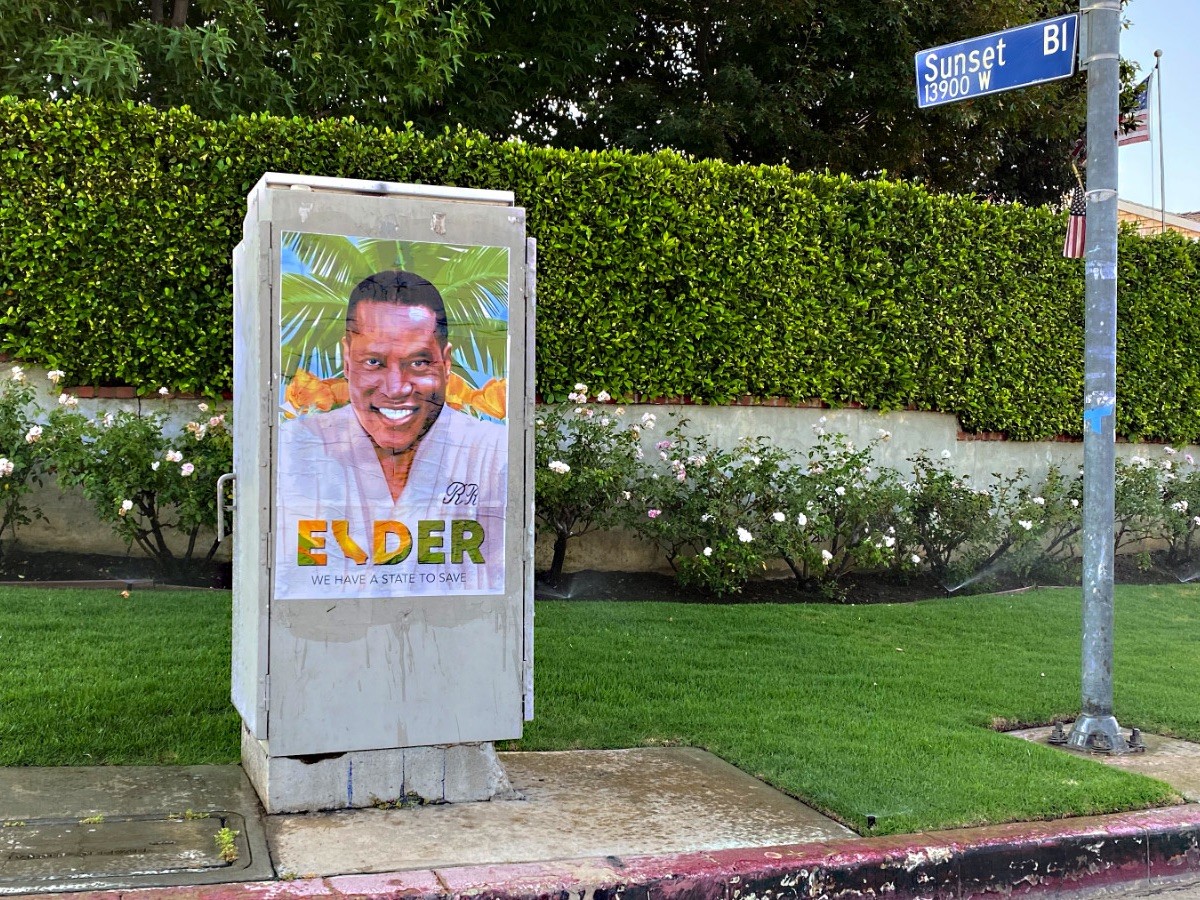 Some posters, which originally appeared over the weekend, had already been vandalized by Monday.

Spotted in Pacific Palisades: “⁦Elder⁩: We Have a State to Save.” Looks like a wildcat poster campaign in support of @larryelder⁩ in the #CaliforniaRecall #NewsomRecall pic.twitter.com/vALyHB7hsi

The ⁦@larryelder⁩ poster in Pacific Palisades that I noted yesterday has already been vandalized. pic.twitter.com/gXWRCuzhOE

Ballots have already begun arriving at the homes of some California voters; they will be sent to all on the voters’ rolls. Election Day is Sep. 14.

Recent polls have shown the “yes” (recall) vote trailing the “no” vote within the margin of error, or leading outright.

Elder, who would be the state’s first black governor, has led contenders in all but one recent poll of likely voters.