In an interview with Heavy Consequence, the 66-year-old Dee Snider expressed his support for vaccine mandates for concerts. He also used an expletive to warn off any fans who aren’t vaccinated.

“Your chance of making me sick is an invasion of my privacy, so fuck you,” he said. “If you don’t like it, find your own band. Ted Nugent is out there somewhere. Kid Rock is welcoming you. … You don’t have a right to infect me.”

The rocker didn’t mention specifically that the people who continue to be the most hesitant to get the COVID-19 vaccine, according to an August 4 report from the Kaiser Family Foundation, are black and Hispanic people. In New York City, for instance, just 31 percent of black people have been vaccinated. Bloomberg News recently reported that some heavily non-white areas of New York City “have lower vaccination rates than Mississippi.” 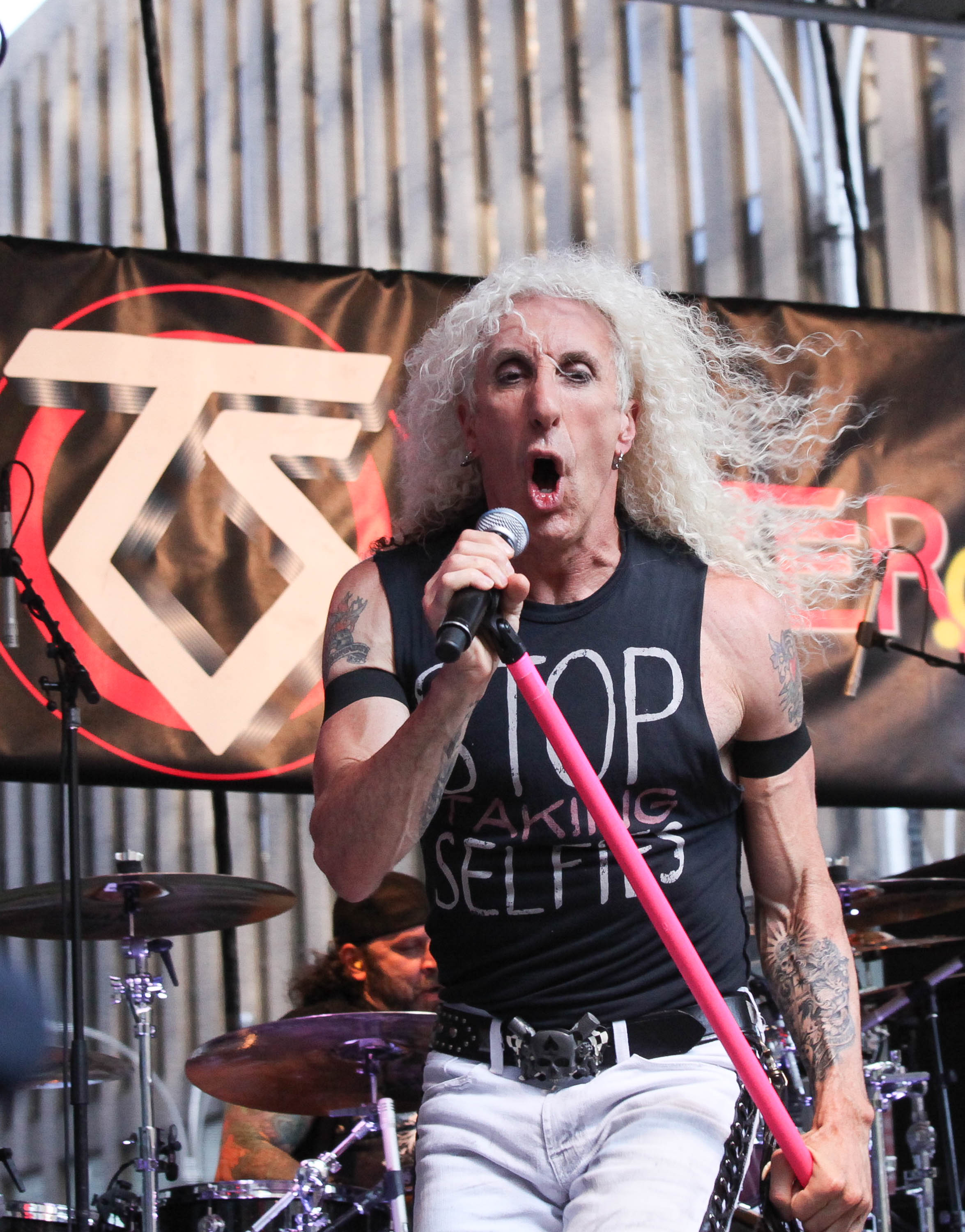 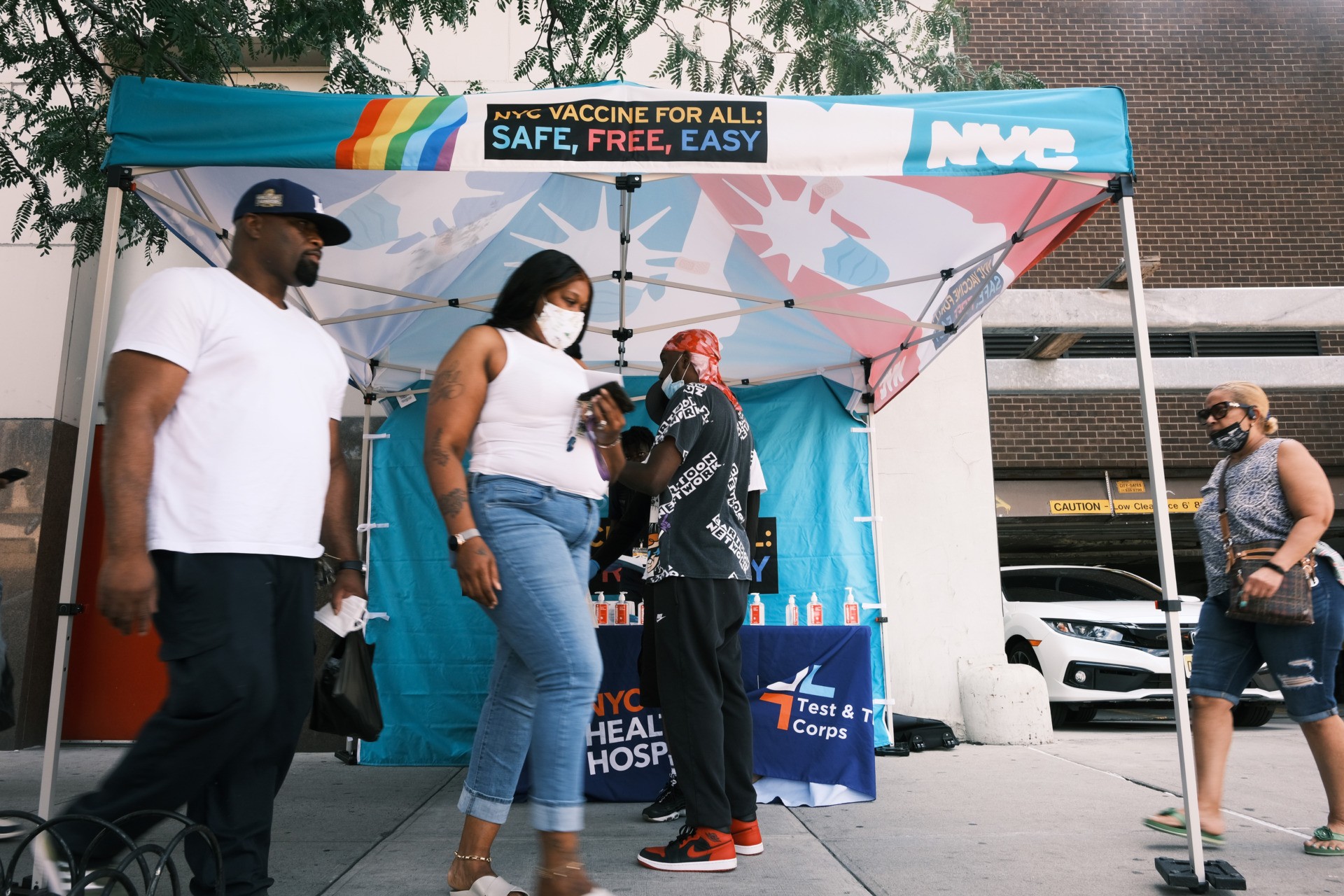 A city-operated mobile pharmacy advertises the COVID-19 vaccine in a Brooklyn neighborhood on July 30, 2021 in New York City. Due to the rapidly spreading Delta variant, New York City Mayor Bill de Blasio has announced that the city will require all city workers to be vaccinated or tested weekly for COVID-19 and the city will now pay any individual $100 to get the shot. (Spencer Platt/Getty Images)

Snider revealed last month that he tested positive for COVID-19 even though he was fully vaccinated. His breakthrough infection resulted in minor symptoms, which were gone in three days, the rocker tweeted in July.

FOR ALL WHO READ I GOT COVID…I'm fully vaccinated so my symptoms were minor. Advil and Sudafed totally managed them. Didn't miss a beat business wise (did 10 interviews on first day I got it). All symptoms gone in three days. I feel totally fine now. GET THE DAMN VACCINATION!

In his interview, Snider spoke about Ted Nugent’s bout with COVID-19.

“Ted Nugent learned the hard way. Did he not? He said he thought he was gonna die! So, that was his choice. And I’m glad Ted didn’t die,” Snider said.

“I’m a Ted Nugent fan from the old days. We’ve been friends over the years. He’s gone a little crazy in his old age. I didn’t want to see him die, but I did snicker a little bit when he got sick.”