Comedian Fuquan Johnson and two others were recently found dead of a suspected overdose on cocaine laced with fentanyl. A fourth individual — comedian and model Kate Quigley, who is reportedly the ex-girlfriend of Hootie & the Blowfish singer Darius Rucker — has been hospitalized.

Police were summoned to a house in the Venice neighborhood of Los Angeles, California, shortly after midnight on Friday, where the found four people who appeared to be dead, law enforcement sources told TMZ.

Johnson and two others were pronounced dead at the scene, while Quigley was transported to a hospital in critical condition. The four individuals reportedly ingested fentanyl-laced cocaine.

Autopsies will be performed for Johnson, 42, and the other victims — which are currently with the L.A. Coroner’s Office. The identities of the two others who were found dead remain unclear.

Law enforcement sources also told TMZ that the LAPD’s homicide unit was notified about this case, although it remains to be determined whether they will be getting directly involved.

The LAPD is investigating, and it remains unclear who supplied with cocaine.

Fentanyl — a powerful synthetic opioid that is 50 to 100 times more potent than morphine — has reportedly been a factor in the deaths of singer Prince, rocker Tom Petty, and rapper Mac Miller.

In 2019, Cameron James Pettit, Andrew Walter, and Ryan Michael Reavis were charged with selling cocaine, oxycodone, and Xanax to the rapper, who bought the substances two days before his death. Prosecutors claim the pills were counterfeit and laced with fentanyl.

Since being charged, the three men have been held without bail, and their trial is set to begin on November 16, 2021, according to a report by NME.

Deaths involving synthetic opioids other than methadone — primarily fentanyl — have continued to rise with more than 36,359 overdose deaths reported in 2019, according to the National Institute on Drug Abuse. 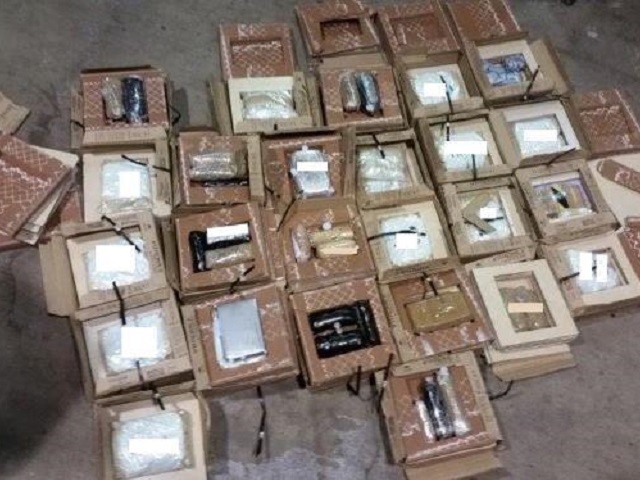 The porous U.S. southern border has caused a 50 percent spike in fentanyl overdoses, according to Texas sheriff Bill E. Waybourn, who added that the drugs come from China through Mexico.