Kim Kardashian attended a Los Angeles Rams game on Sunday and the welcome was less than stellar for the reality TV star.

The SoFi Stadium fans quickly booed “The Kardashians” mother of four as she appeared before them larger-than-life on the Jumbotron.

Raucous jeers dominate in a clip widely shared by a People sportswriter on social media:

That underwhelming reception for the 41-year-old socialite was echoed by the game itself as the Rams faithful saw their defending Super Bowl champs sink to a 22-10 loss to the Dallas Cowboys, dragging down their record to 2-3.

Despite the negative response, Kardashian and Co. received the full VIP treatment by the Rams organization, according to a number of posts on Instagram.

She happily thanked the Rams in videos and photos showing her six-year-old son on the field and with the team’s Vince Lombardi championship trophy.

The Sunday game was the second time in a week that Kardashian has drawn criticism. 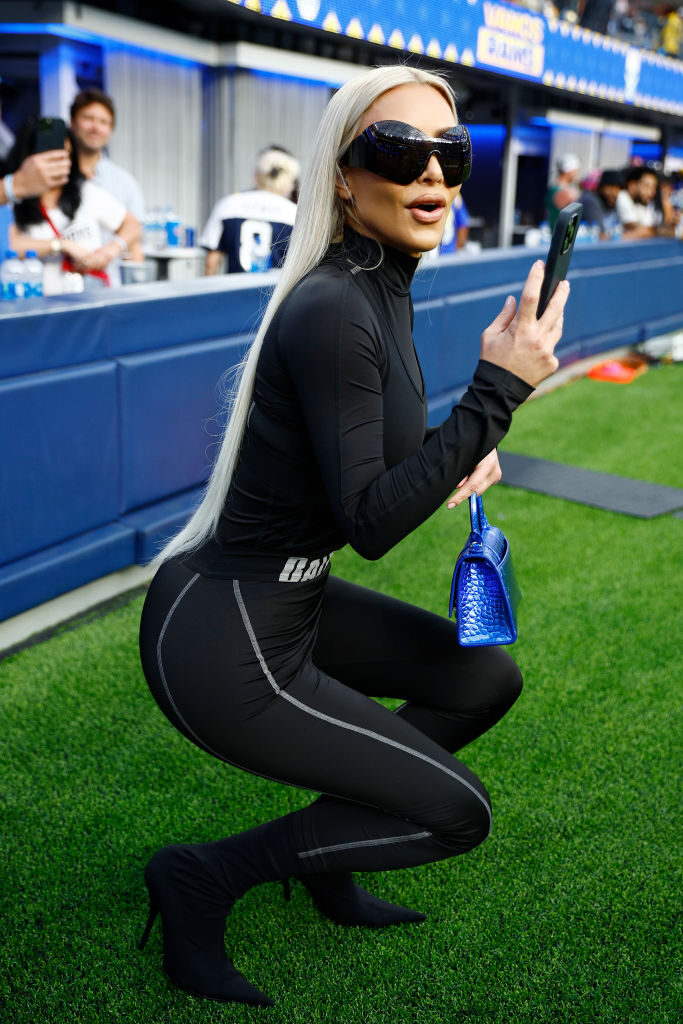 Kim Kardashian attends the game between the Dallas Cowboys and the Los Angeles Rams at SoFi Stadium on October 09, 2022 in Inglewood, California. (Ronald Martinez/Getty Images)

As Breitbart News reported, just last week Megyn Kelly blasted Kardashian and the larger Kardashian clan as a “force of evil” that is corrupting society with their unbridled vanity.

The former Fox News and NBC News host also said she was tired of seeing Kim Kardashian’s “boobs” and “ass” in the media.