A gender reveal party was blamed by officials Monday for sparking one of several wildfires now raging across the U.S. state of California.

The California Fire Department (Cal Fire) said in a statement the blaze was caused by “a smoke-generating pyrotechnic device used during a baby’s gender reveal party”.

The devices are sometimes used to release blue or pink smoke to announce the gender of an expected baby. The family that hosted the event is now at risk of prison time and multi-million dollar fines.

The fire began on Saturday morning at El Dorado Ranch Park in Yucaipa, about 72 miles east of Los Angeles.

By Sunday night, it had scorched 7,050 acres and was five percent contained, Cal Fire said.

More than 200 people were airlifted to safety over the weekend after becoming trapped by fire at a popular camping area in San Bernardino county. 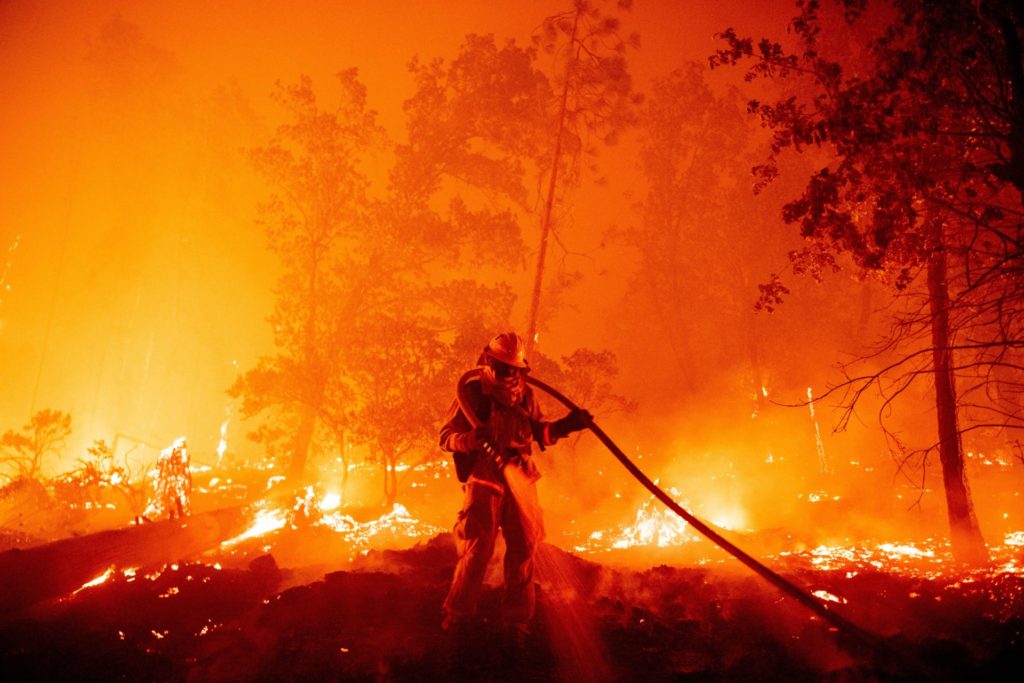 A firefighter douses flames as they push towards homes during the Creek fire in the Cascadel Woods area of unincorporated Madera County, California on September 7, 2020.  A firework at a gender reveal party triggered a wildfire in southern California that has destroyed 7,000 acres and forced many residents to flee their homes, the fire department said Sunday.  (JOSH EDELSON/AFP via Getty Images)

Cal Fire reminded the public of their responsibilities in the extraordinary conditions and also restated actions that start fires have financial consequences for the guilty.

“CAL FIRE reminds the public that with the dry conditions and critical fire weather, it doesn’t take much to start a wildfire,” a press release stated.

California Governor Gavin Newsom on Sunday declared a state of emergency in the Fresno, Madera, Mariposa, San Bernadino and San Diego counties due to the fires.