“For my part, Brazil has its doors open and [is] ready to continue the conversation with the American government,” Bolsonaro said during an interview with the local radio station Fonte FM in Brazil’s central state of Goiás on August 30.

“Obviously, the Biden government is a more left-wing government. A government that is almost obsessed with the environmental issue, so this gets in the way a little bit [with] us,” the conservative president revealed.

Bolsonaro defended his government’s environmental policies from foreign critics, specifically regarding the “deforestation” of Brazil’s Amazon rainforest the administration allegedly supports, according to uninformed outsiders. He argued that countries lacking such unique biomes as those which exist within Brazil’s rainforest are unqualified to judge the South American country for its management of domestic wetlands.

“Brazil is the country that most preserves its environment,” Bolsonaro told Brazilian radio listeners on Monday. “We suffer attacks all the time from European countries. There they don’t know what riparian forest is because they don’t have it. Here it is. We have the strictest laws that deal with this question.” 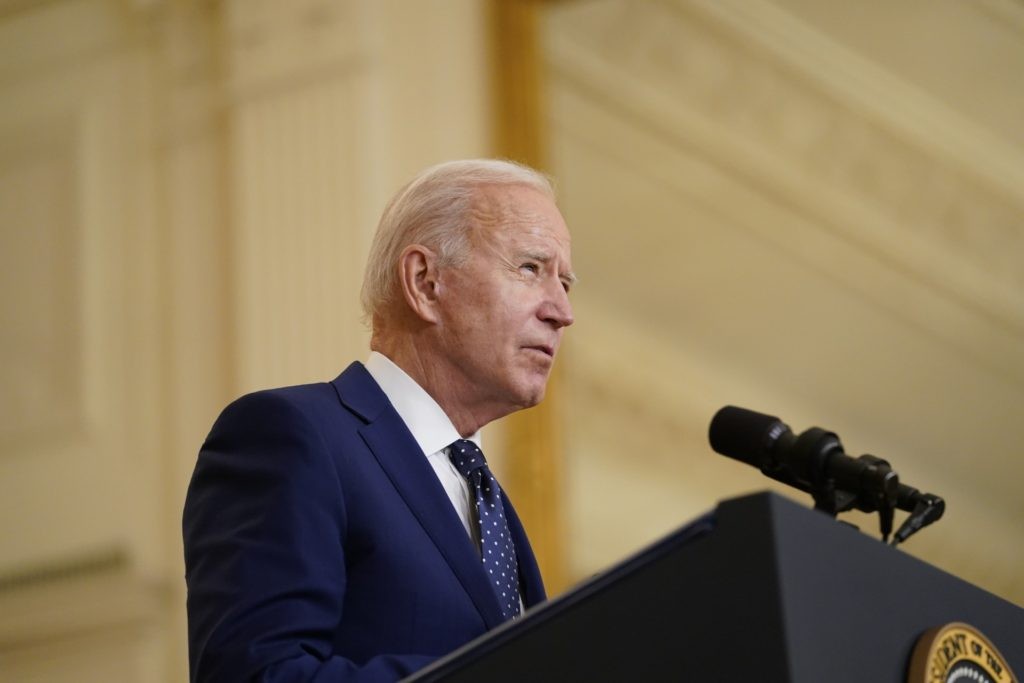 President Joe Biden speaks in the East Room of the White House, in Washington, Thursday, April 15, 2021. More than a dozen Senate Democrats sent a letter on Friday, April 16, 2021, to Biden highlighting the woeful environmental track record of his Brazilian counterpart and urging him to condition any support for Amazon preservation on significant progress reducing deforestation. (AP Photo/Andrew Harnik)

The Brazilian president referred to riparian wetlands, which “occur along rivers and streams that periodically overflow their channel confines, causing flooding to which the wetland vegetation is adapted,” according to the Encyclopedia Britannica.

Bolsonaro launched a campaign in April to further preserve Brazil’s Amazon rainforest. The Brazilian president announced new measures to support the effort at the 2021 “Leaders Summit on Climate,” an international environmental conference led by U.S. President Biden from April 22 to April 23. Speaking at the virtual conference, Bolsonaro said his government would “double funding for environmental enforcement efforts.” He referred to Brazil’s budget for inspections meant to ensure compliance with the country’s environmental laws. The Brazilian president also vowed to expand national investments in clean energy.

Biden seemingly threatened economic sanctions against Brazil if it did not “stop tearing down the forest,” referring to the Amazon rainforest, while speaking during a presidential debate in September 2020 as part of his campaign for America’s top political office.

“Brazil, the rainforests of Brazil are being torn down, are being ripped down,” Biden alleged. “More carbon is absorbed in that rainforest than every bit of carbon that’s emitted in the United States.”

“Instead of doing something about that, I would be gathering up and making sure we had the countries of the world coming up with $20 billion, and say, ‘Here’s $20 billion. Stop, stop tearing down the forest. And if you don’t, then you’re going to have significant economic consequences.'”

Bolsonaro responded at the time by threatening to go to war with the United States.