Labour Party donor and and stalwart of the Labour’s ‘Finance and Industry Group’ (LFIG) Ian Wallace has today announced that he is joining UKIP after becoming disillusioned by the direction the Labour Party has taken. Mr Wallace has called on Labour members to join UKIP alongside him, to vote for them in tomorrow’s European and local elections, and indeed give them support in the 2015 general election. 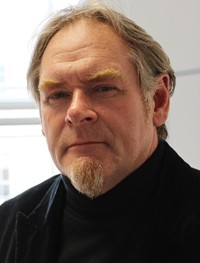 Breitbart London can exclusively report that Mr Wallace, who has been a part of the Labour Party since the late 1970s, said that he now finds himself at increasingly odds with the Ed Miliband’s party’s polices over a whole range of issues, particularly on immigration and Britain’s relationship with the European Union. He leaves the party “more in sorrow than in anger” and has today joined UKIP’s policy scrutiny committee.

Mr Wallace was first invited to join the LGFI group in 1988 after a number of one-to-one meetings with the late Shadow Chancellor John Smith MP. The LGFI has donated hundreds of thousands of pounds to the Labour Party over the past few years. Since 2005, the LGFI and the West Midlands LGFI have donated a total of around £220,695.

An experienced and long-standing member, Mr Wallace served on the working groups for Labour on Business, Innovation and Skills; Small and Medium Enterprise: Transport; Construction; Housing; Environment; Defence (Vice Chair); City regulation and the creative industries. He also served on the LFIG Executive on two occasions first in the mid 90’s and most recently since 2004 to the present day. Mr Wallace was also a paid up member of the Labour Party donors group ‘The Thousand Club’ until April 2014, which requires members to donate between £1200 and £5000 per year.

He told Breitbart London: “I have been a member and supporter of the Labour Party since 1979 however, in recent years, I have become increasingly disillusioned by the direction the Labour Party has taken and find myself increasingly at odds with the party’s policies across a wide range of issues and in particular the vital issues of immigration and Britain’s relationship with the EU.

“Therefore more in sorrow than in anger, I have resigned from the Labour Party. However, I have recently discovered a new political party more aligned with my concerns and have signed up to UKIP, also joining their Policy Scrutiny Committee.

“I would also like to take the opportunity to encourage other disillusioned Labour Party members and supporters to join UKIP and vote for them on Thursday, and perhaps more importantly, vote for them in next year’s General Election as well”.