Just a week after Poland voted to kick out every left-wing member of it’s national parliament, ordinary Poles have again shown the spirit which led them to elect the nationalist conservative Law and Justice party, with football fans unveiling an over-sized anti-migration banner at Sunday’s match.

The hand-painted sheet, which is estimated to have been at least 50 feet tall and 75 feet wide depicts boatloads of migrants preparing to land on the southern shore of Europe. Many of the boat’s crews make the one fingered ‘ISIS salute’. 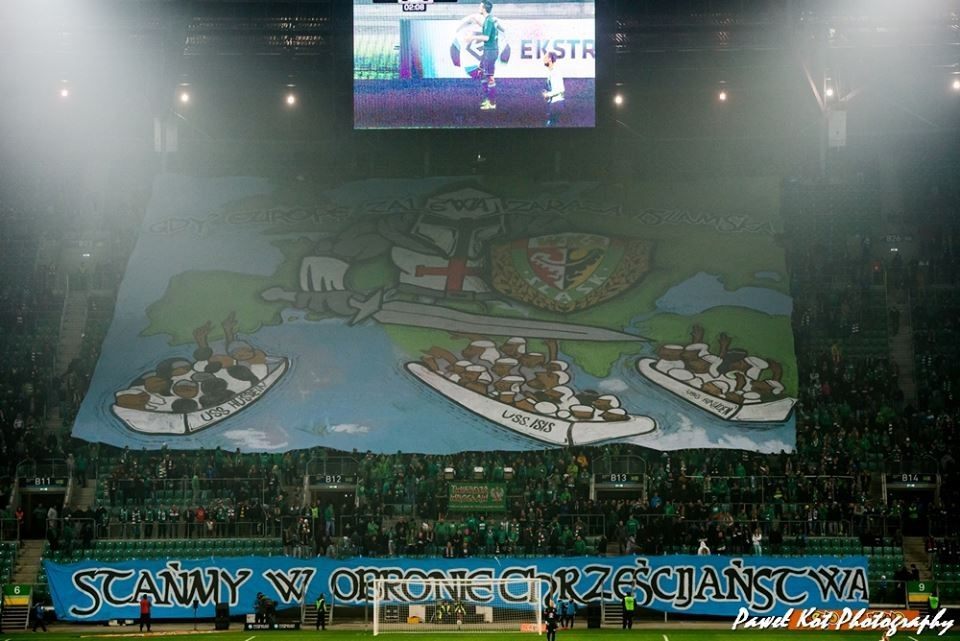 Defending Europe while clutching a sword and a shield showing the crest of the Silesian Wrocław football club, a St. George’s cross-wearing crusader stands ready to fight the migrants, below writing which reads “While Europe Is Flooded With An Islamic Plague”.

Underneath, another 100 foot wide banner hangs from the stalls behind the goal and reads, in a traditional Polish script: “Let Us Stand In Defence Of Christianity”. 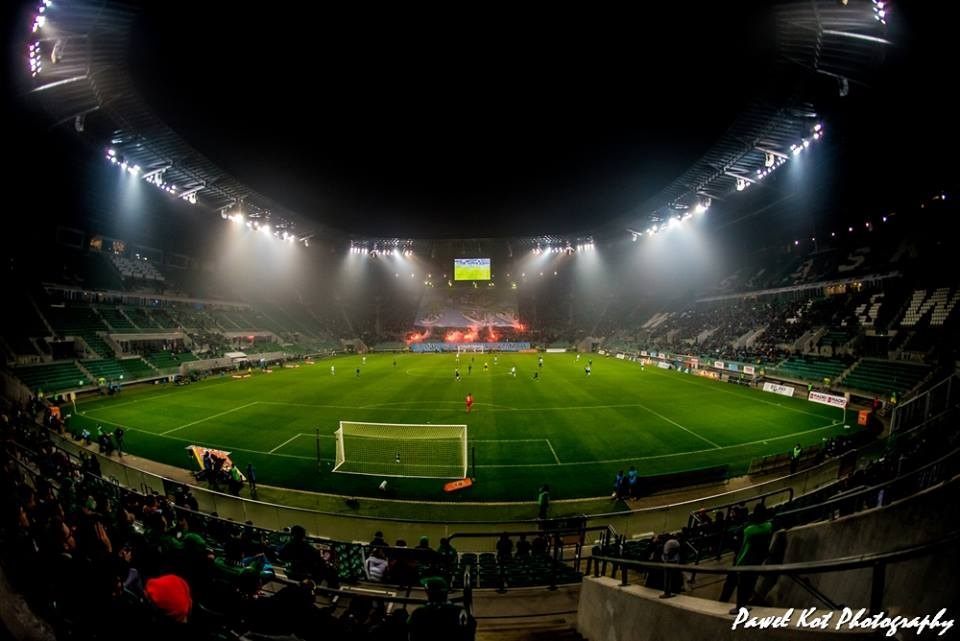 Wrocław football club has one of the largest supporter bases in Poland, and the most politically active. Banners with strong anti-Communist messages are commonly seen at their games – and the fans like to get involved.

As well as football scarves which split space between the crests of the team, Poland, and anti-Islam symbols, banners seen at past matches have also condoned violence towards supporters of left-wing political views. 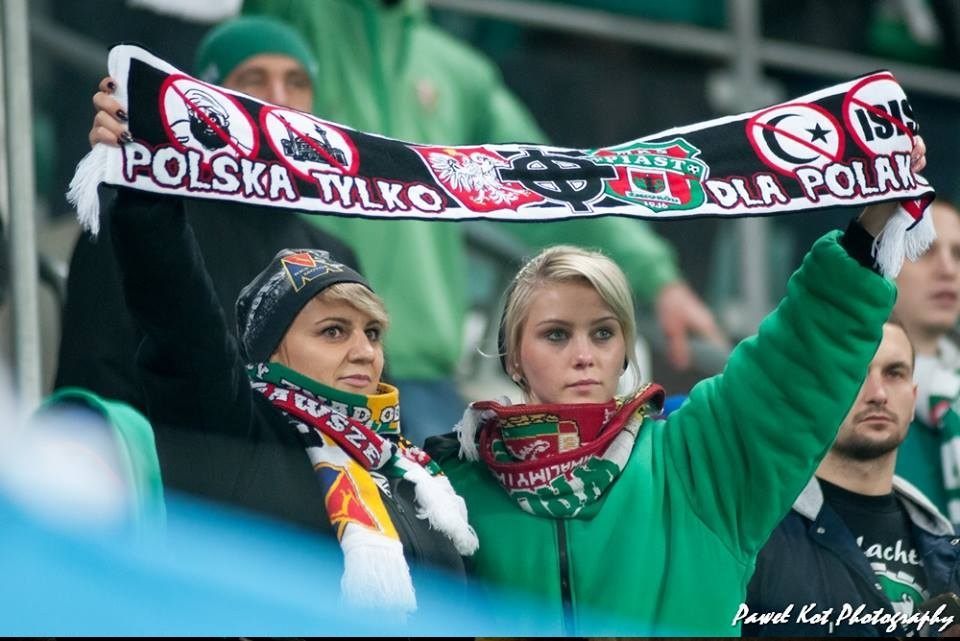 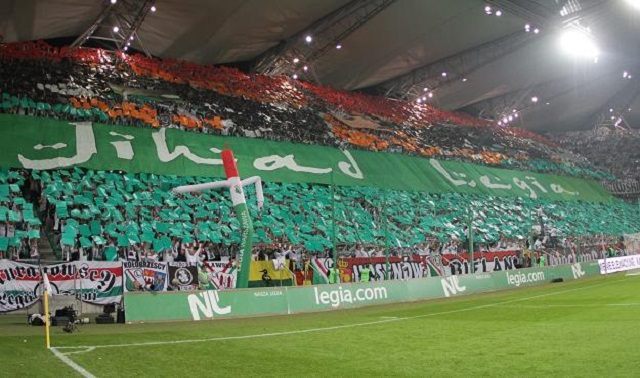 Legia has been fined on a number of occasions by football governing body UEFA over supposed racism at matches, and has displayed banners mocking Islamic jihad.