Once a daily sight on every British street, a dwindling but resilient band of milkmen still go out at the crack of dawn to deliver bottles of fresh milk to the nation’s doorsteps.

The overwhelming majority of milk used to be sold at the front door until the supermarket revolution all but wiped out this very British institution.

But by selling more than milk and embracing the Internet, the few thousand remaining milkmen, including Neil Garner, have breathed new life into the cherished tradition.

“It has given us a big boost and brought us into the 21st century. The future’s looking bright,” said Garner, the customer-nominated Milkman of the Year at Milk and More, the country’s biggest doorstep delivery firm.

The 57-year-old has driven his milk float — an electrified, open-sided delivery van — through towns and villages in the dead of night since 1994, placing glass pint (half-litre) bottles of milk on the doorstep ready for when customers wake for their morning cereal and cups of tea.

“Nowadays, you don’t do as many houses in each street. But we sell a lot of other stuff to the people we do have,” he told AFP.

It’s not just breakfast staples like tea bags, bread, butter, eggs and bacon that Garner now has on the back of his float.

Jam, cranberry juice, pet food, potatoes and toilet roll are all available. Even bird seed and compost can be dropped off on the round. 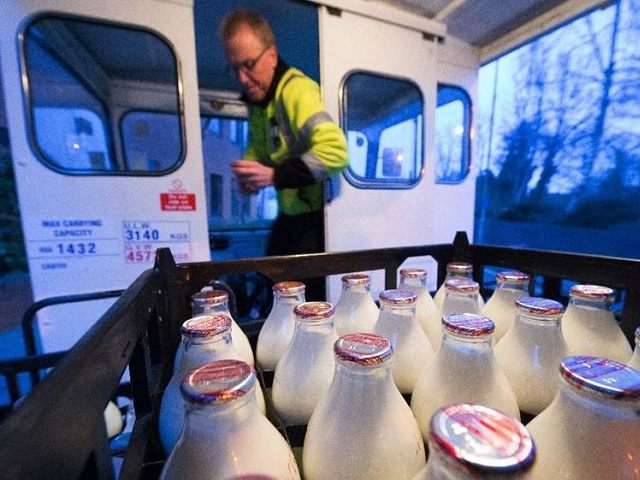 In 1980, 89 percent of all the milk bought in Britain was delivered to the door, according to trade association Dairy UK.

That figure plunged to 30 percent during the 1990s out-of-town supermarket boom.

Garner’s round sees him deliver six days a week to St Albans, a small commuter city northwest of London.

At the depot in nearby Watford, milkmen load up crates, containing 20 one-pint bottles each, before heading into the cold at around 2:00am.

Garner’s no-frills electric milk float is slow and exposed to the elements, but the brisk walker likes the ease of hopping on and off for his 200 to 250 deliveries. 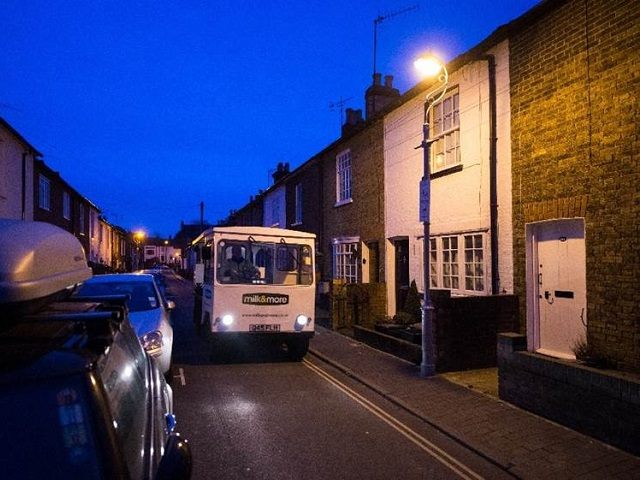 The early drops are in pitch darkness, Garner needing a torch to find his way up the garden paths.

“This is the best part of the day. The air’s fresh and clean, there’s no traffic,” he said.

The round takes Garner down tiny country lanes; along suburban avenues; up narrow streets of cottages and inside blocks of flats. He delivers to industrial estates, schools and even a garden shed.

Some customers leave rolled-up notes with instructions such as “no milk today” or “one extra pint, please”, but most now go online.

“There’s nothing else you can order online at 9:00 pm and get delivered in a couple of hours,” Garner added.

Customers can also phone in orders via a Philippines call centre.

“The secret is being punctual. People like to know their milk will be there at the same time every morning,” said Garner.

He relies on the few other people around to check his timing, including a man he sees getting on his bicycle each morning.

“One minute early!” the cyclist replies before setting off.

The last delivery is done at 7:30 am, before Garner returns through rush-hour traffic to unload his empties at the depot.

“The milkman is respected. People look upon you as a friend,” he said.

“A lot of the elderly like a chat and I do things like change lightbulbs for them. Quite often I might be the only person they see all week.

“It’s part of this country’s traditions and people don’t want to lose it.”