LONDON, United Kingdom – A small gaggle of students and socialist activists took to London’s Trafalgar Square yesterday to profess their love for European Union bureaucrats and hatred of border controls.

Organised by Michael Chessum, the proprietor of a “radical book mshop” in London, the ‘Another Europe’ campaigners held placards of hearts with the words “EU bureaucrats” in it, as well as waving European Union, rather than UK, flags.

Campaigners told Breitbart London they specifically wanted to stay in the European Union because they did not like Nigel Farage.

When asked about the substantive issues surrounding the debate, they claimed “it was the same” – and that their vote was not based on what the European Union is, but rather their opposition to UKIP in general. 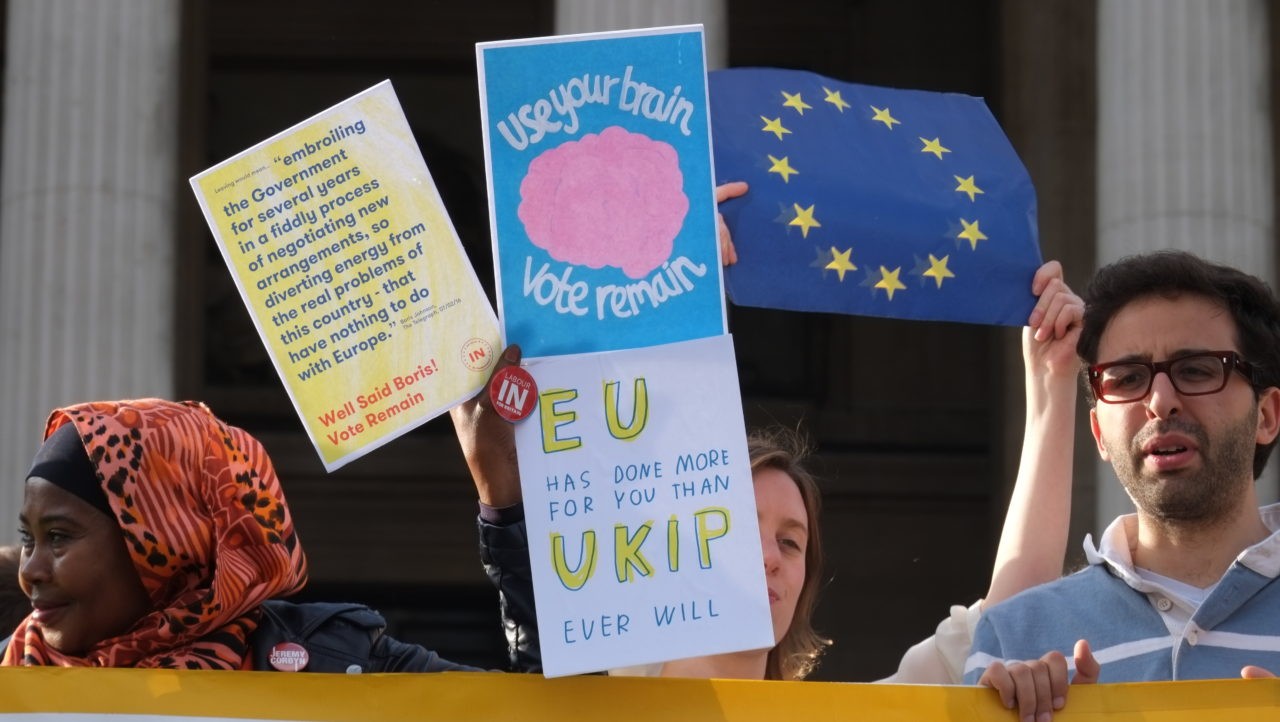 ‘EU Has Done More For You Than UKIP Ever Will’ 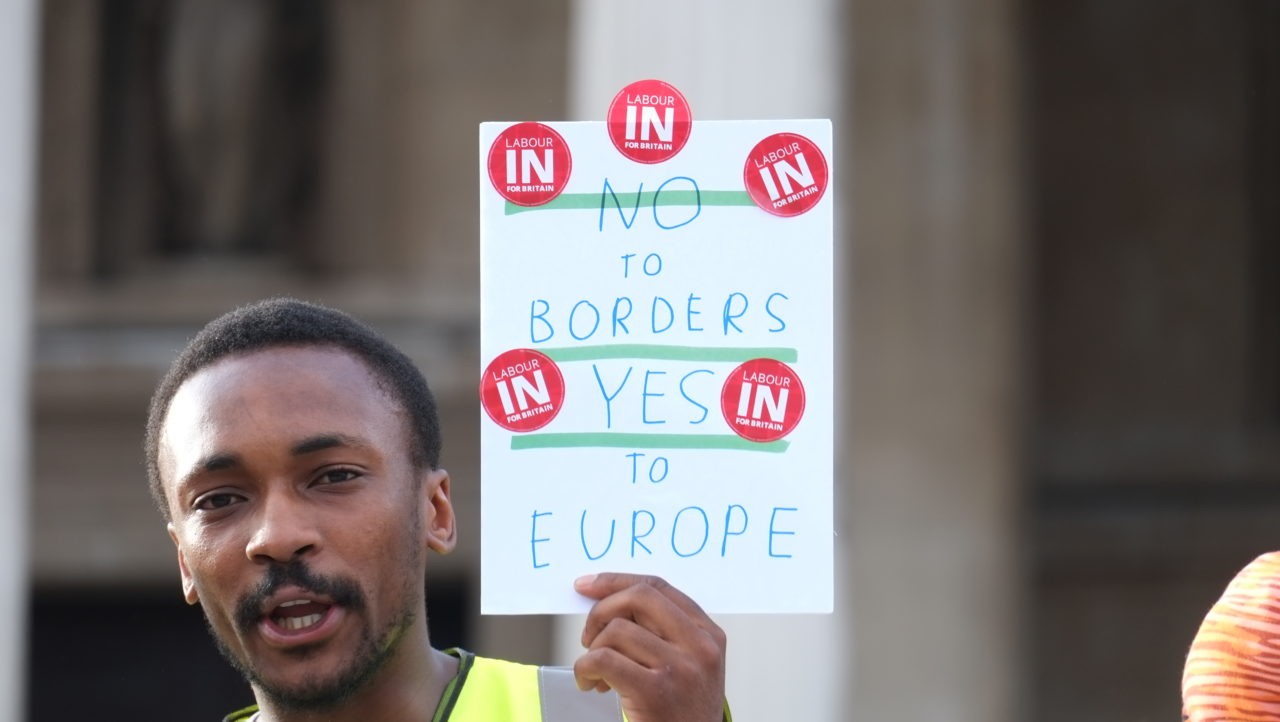 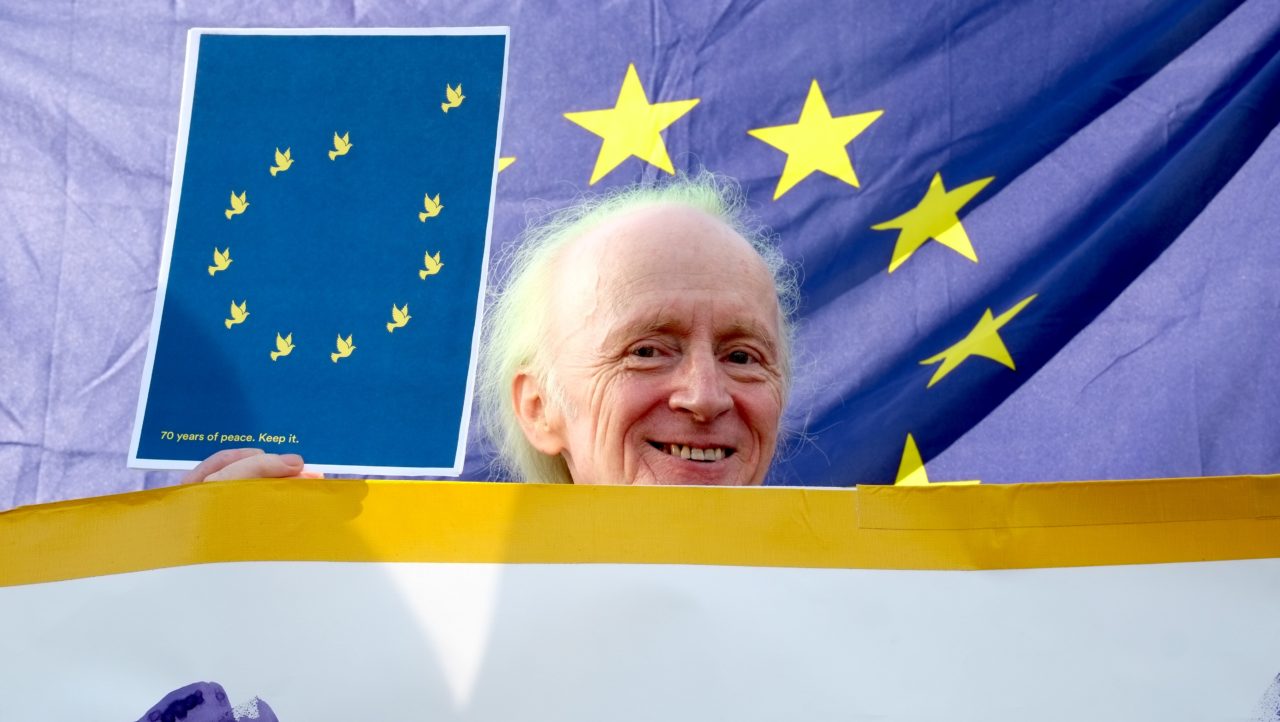 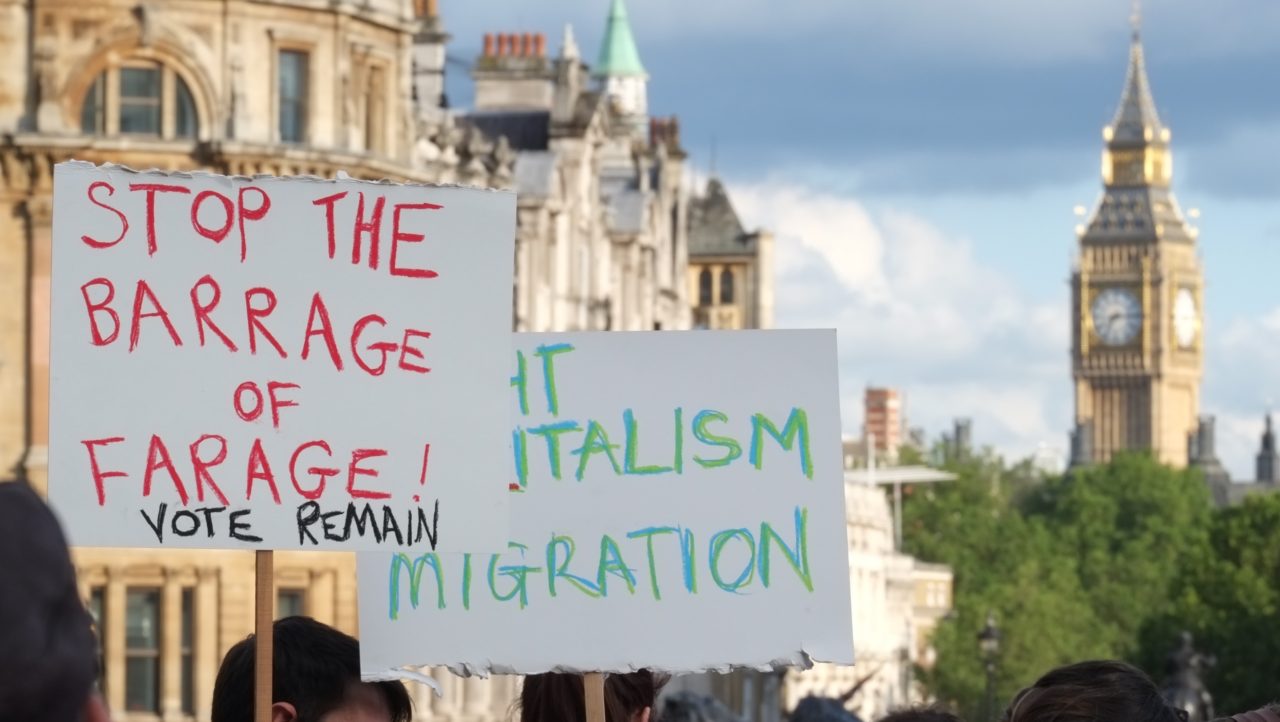 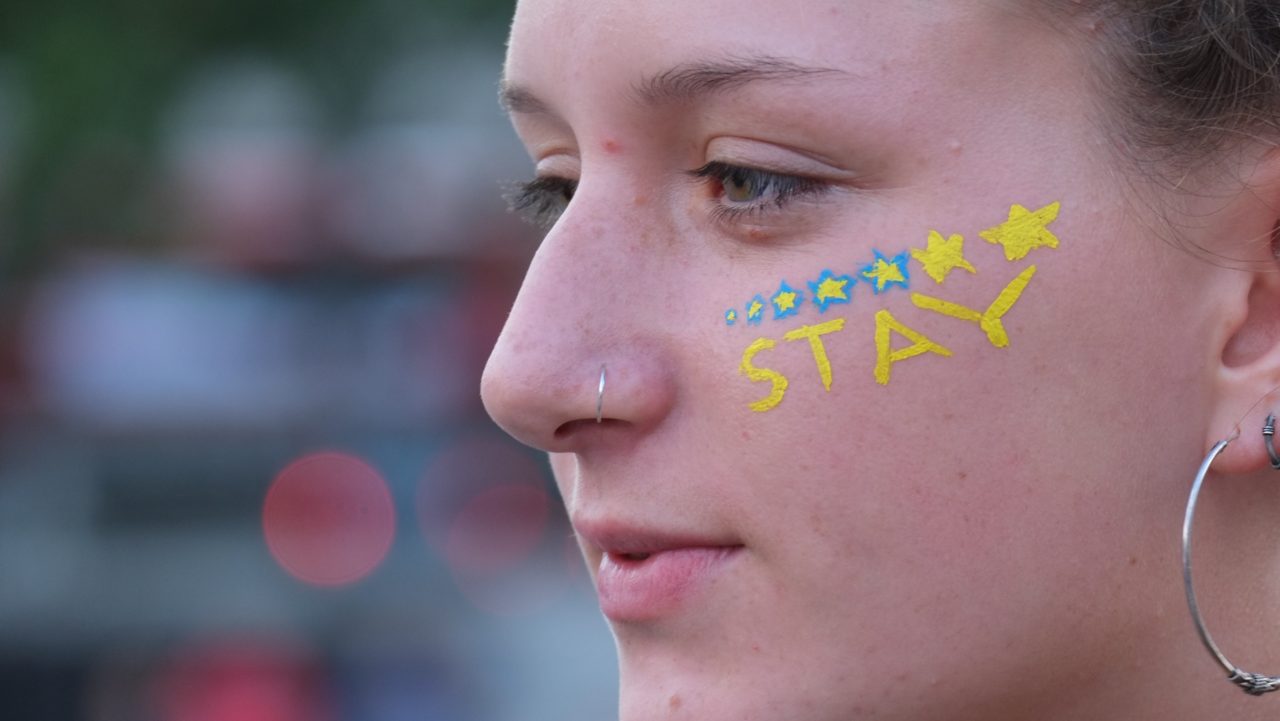 Stay in and you get free piercings. Even if you don’t want them. 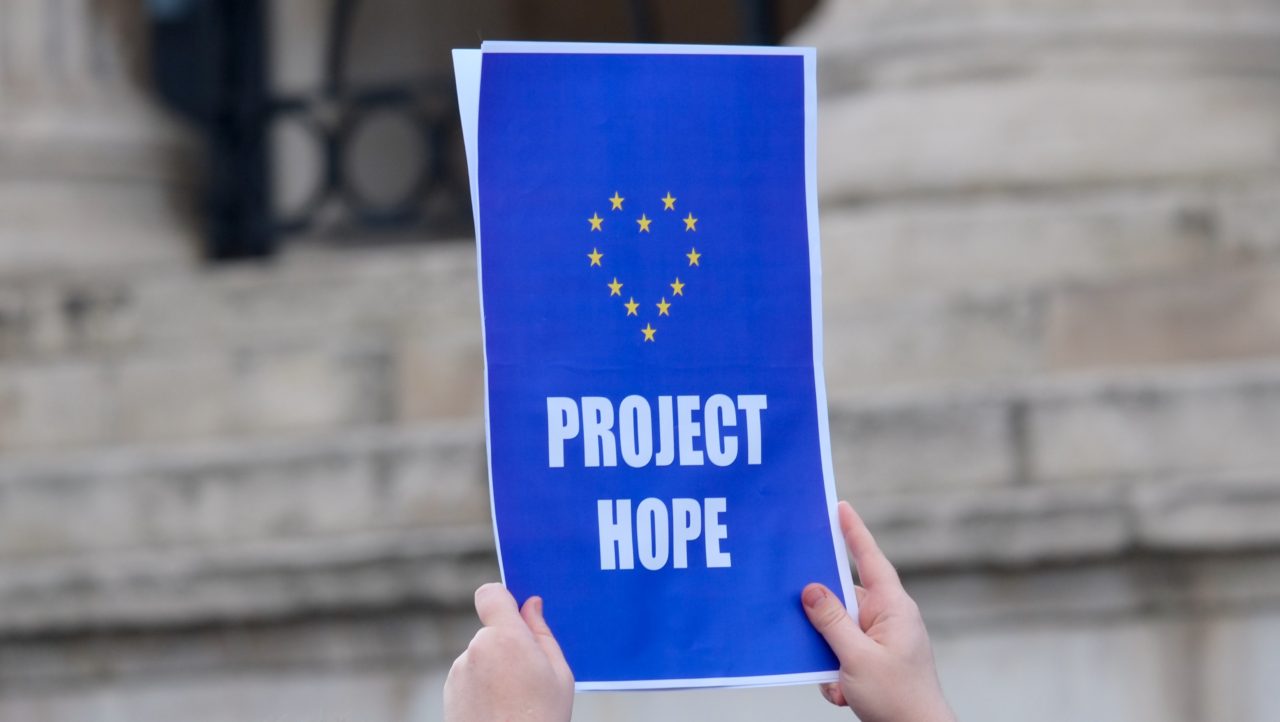 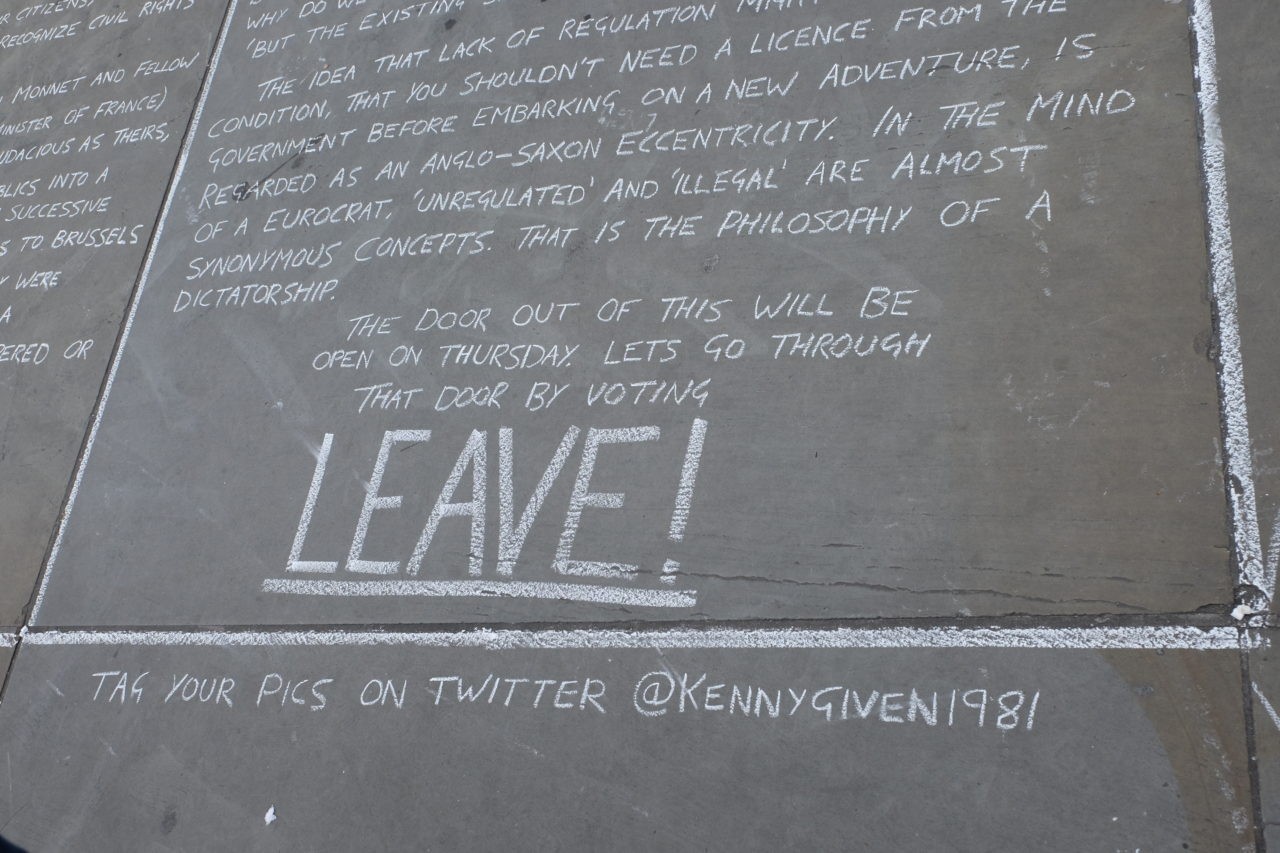 One man drew all over the pavement with LEAVE campaign material 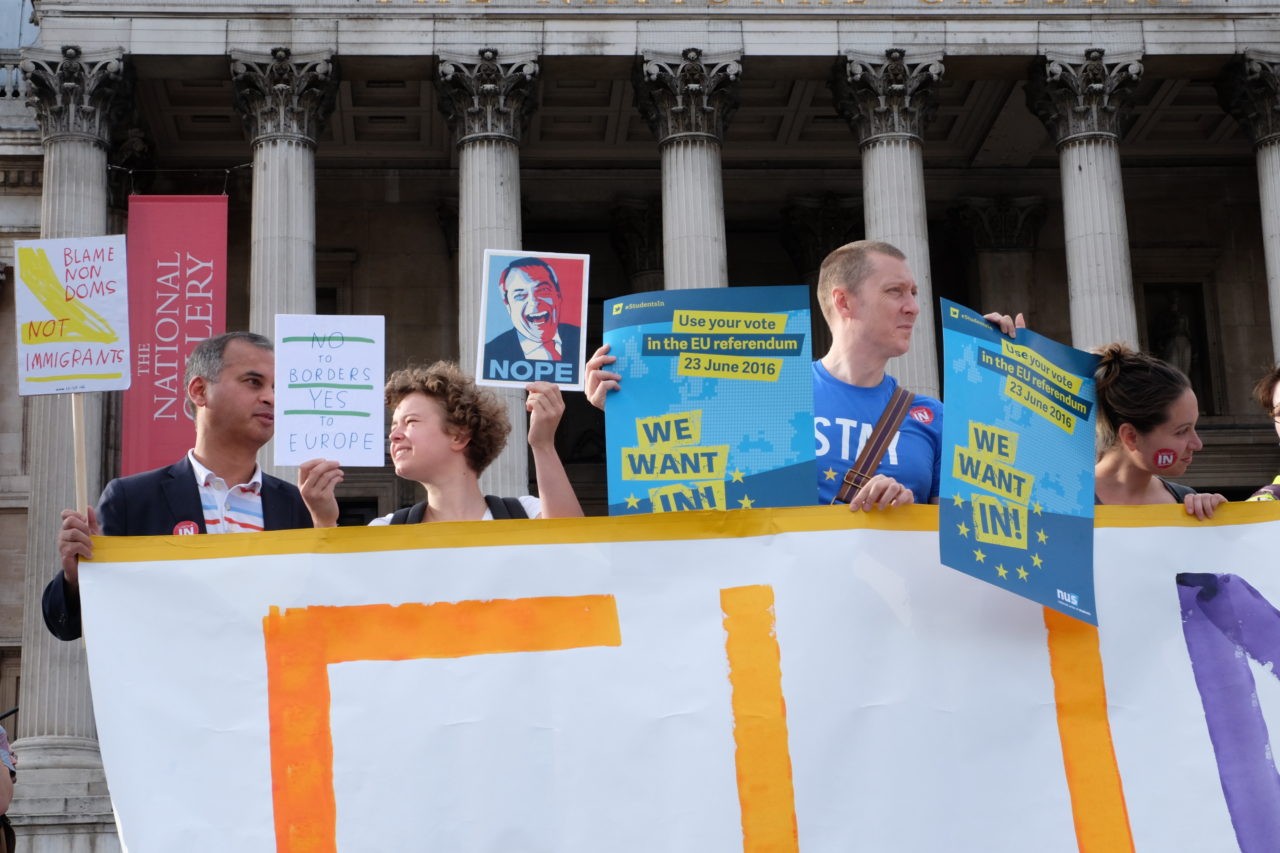 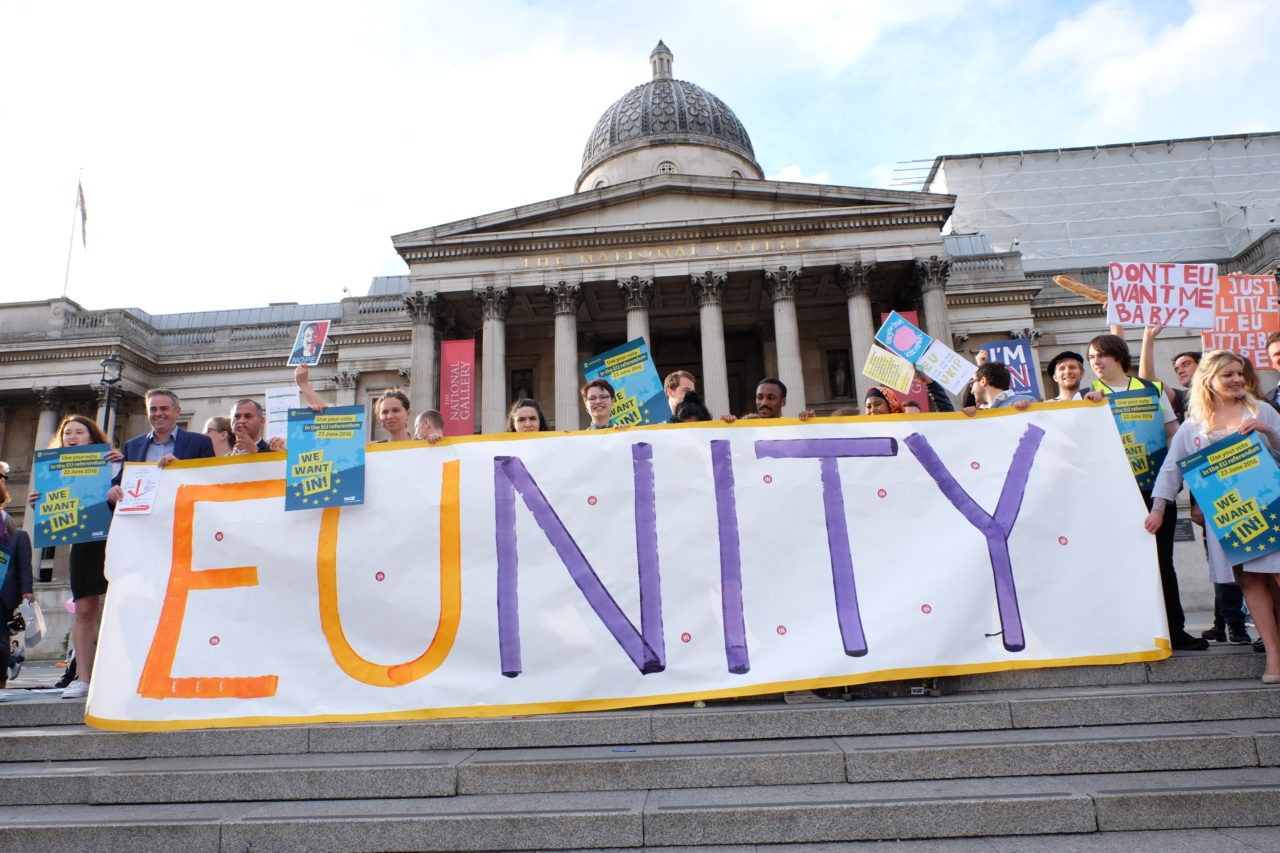 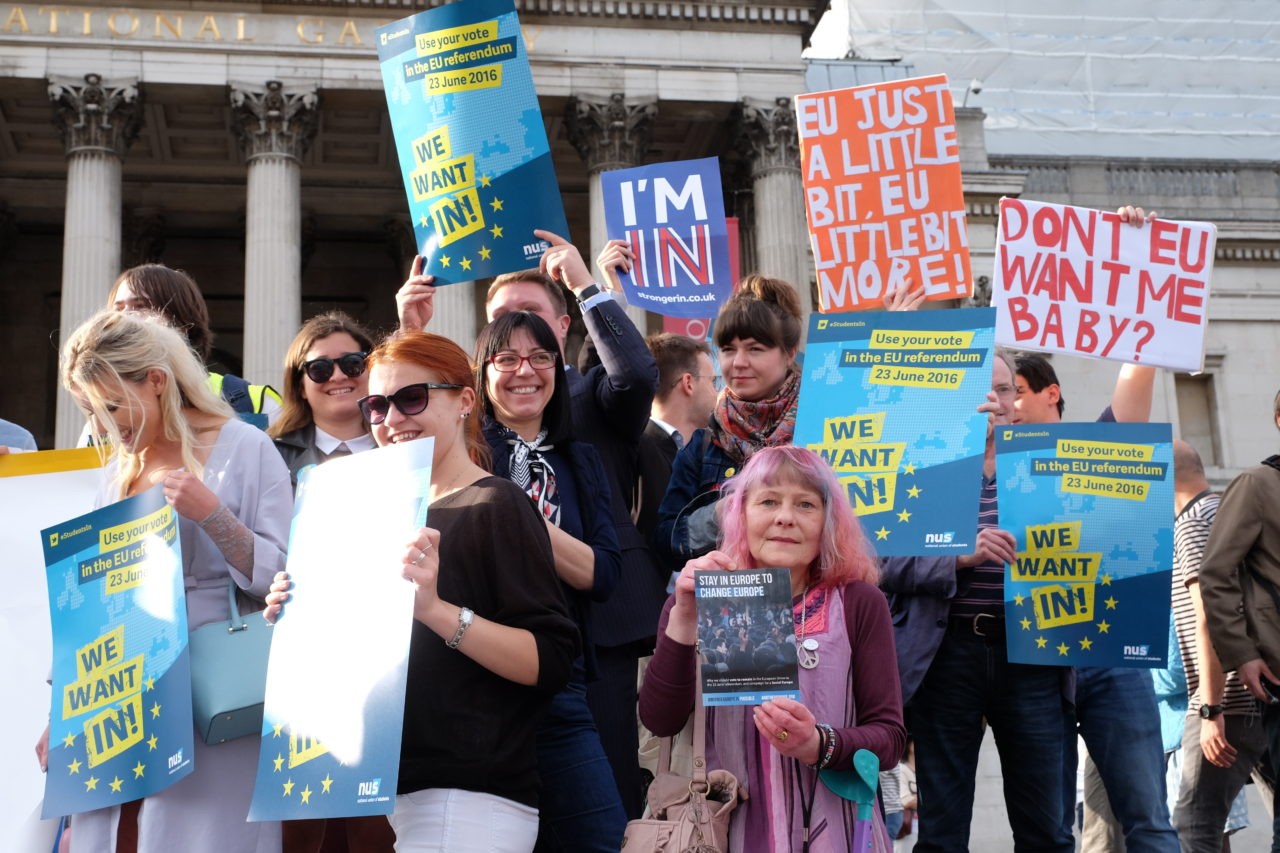 “EU Just a little, EU a little bit more” — No thanks 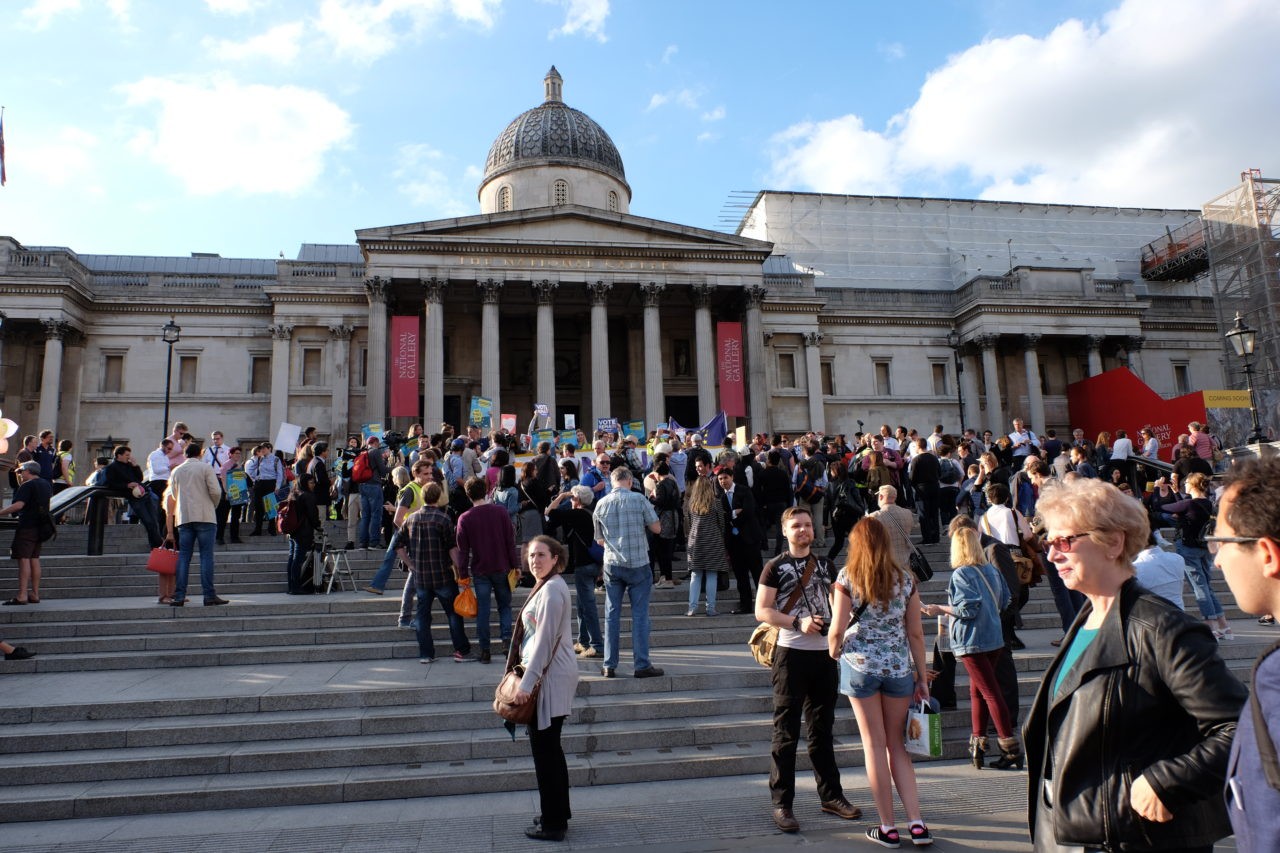 The crowd wasn’t as large as they would have liked 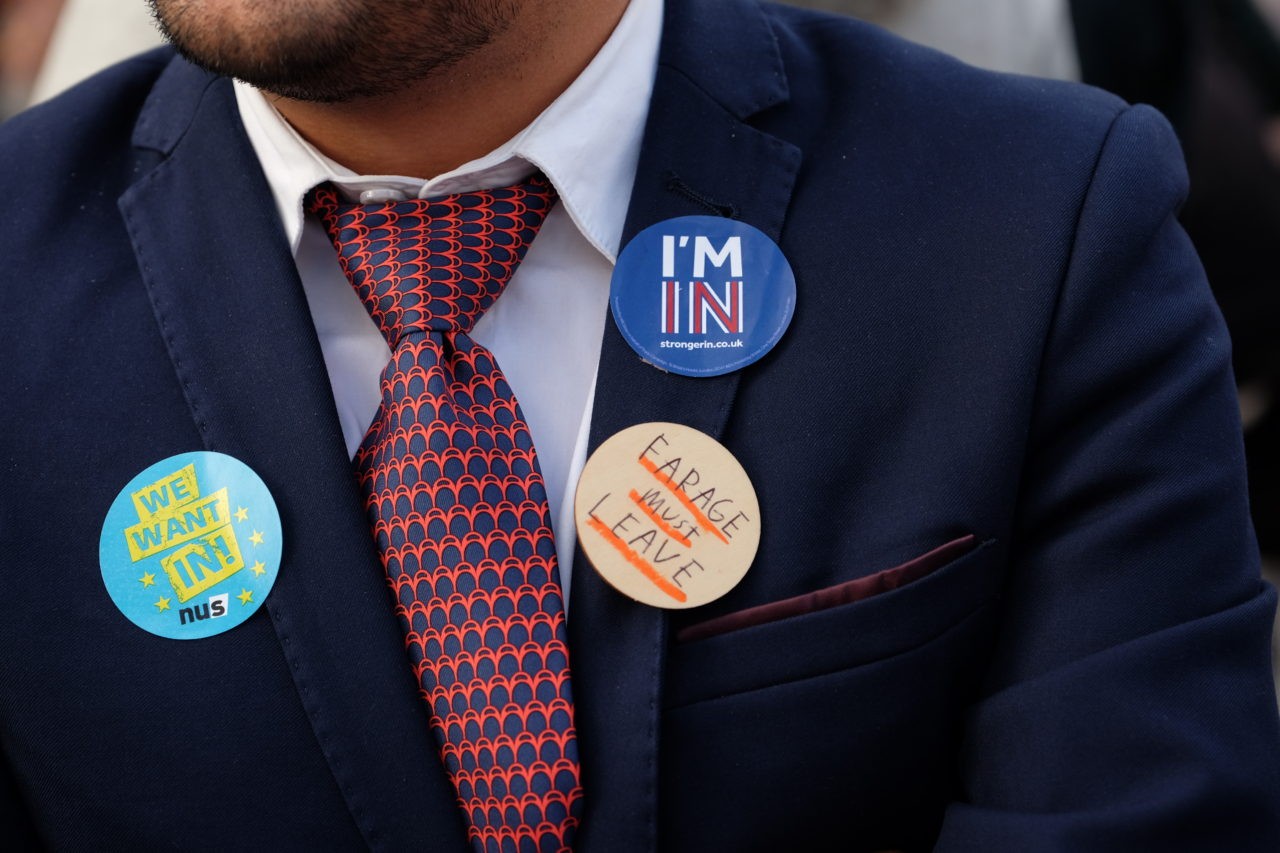 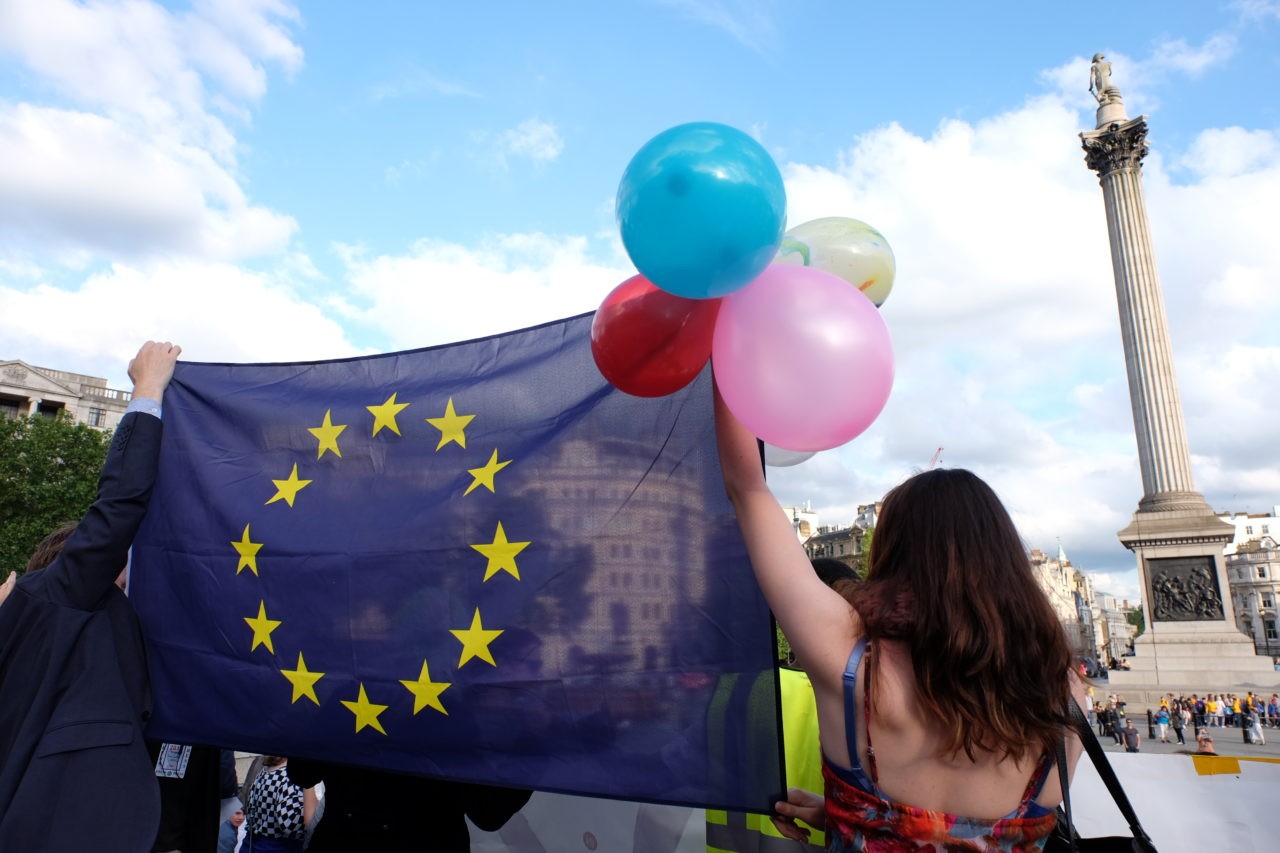 Their “patriotism” is someone else’s flag 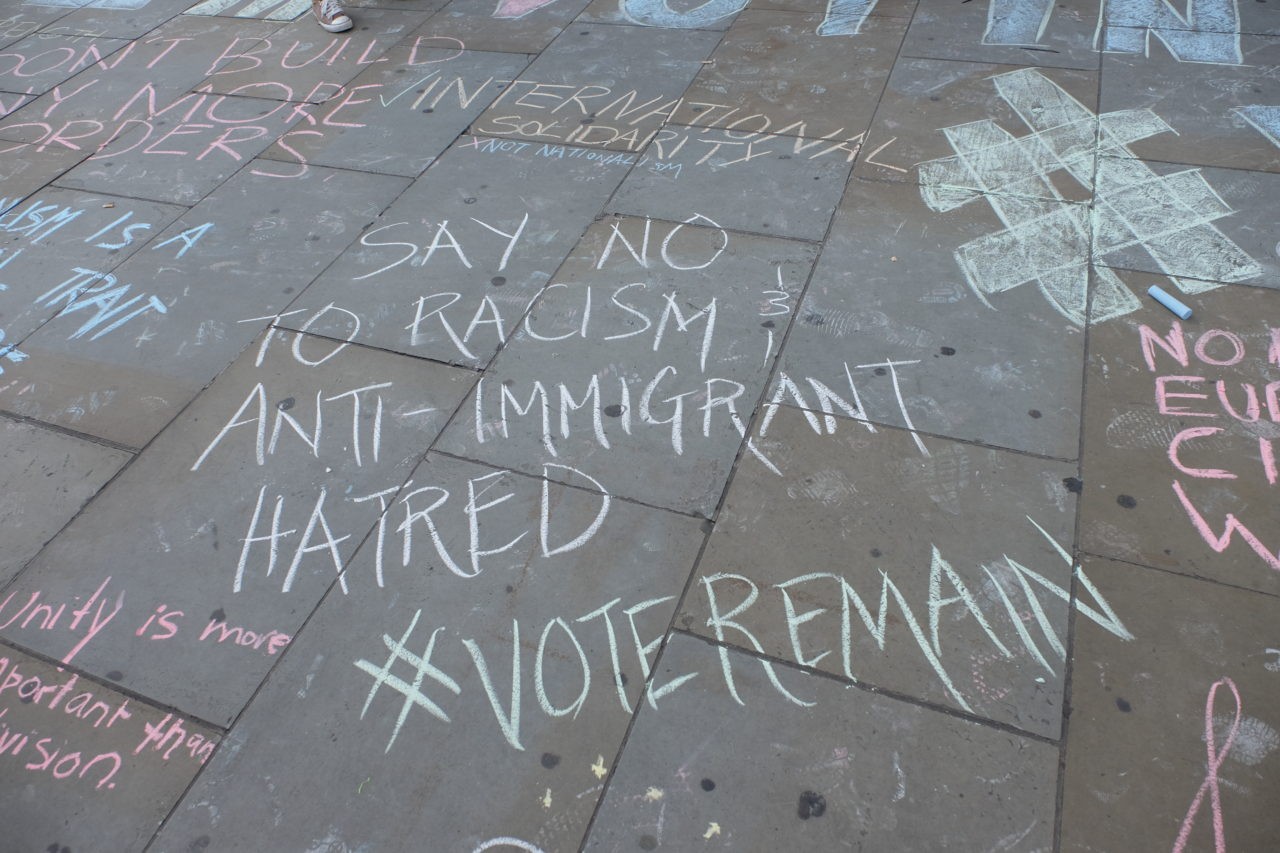 Chalk hatred on the pavements 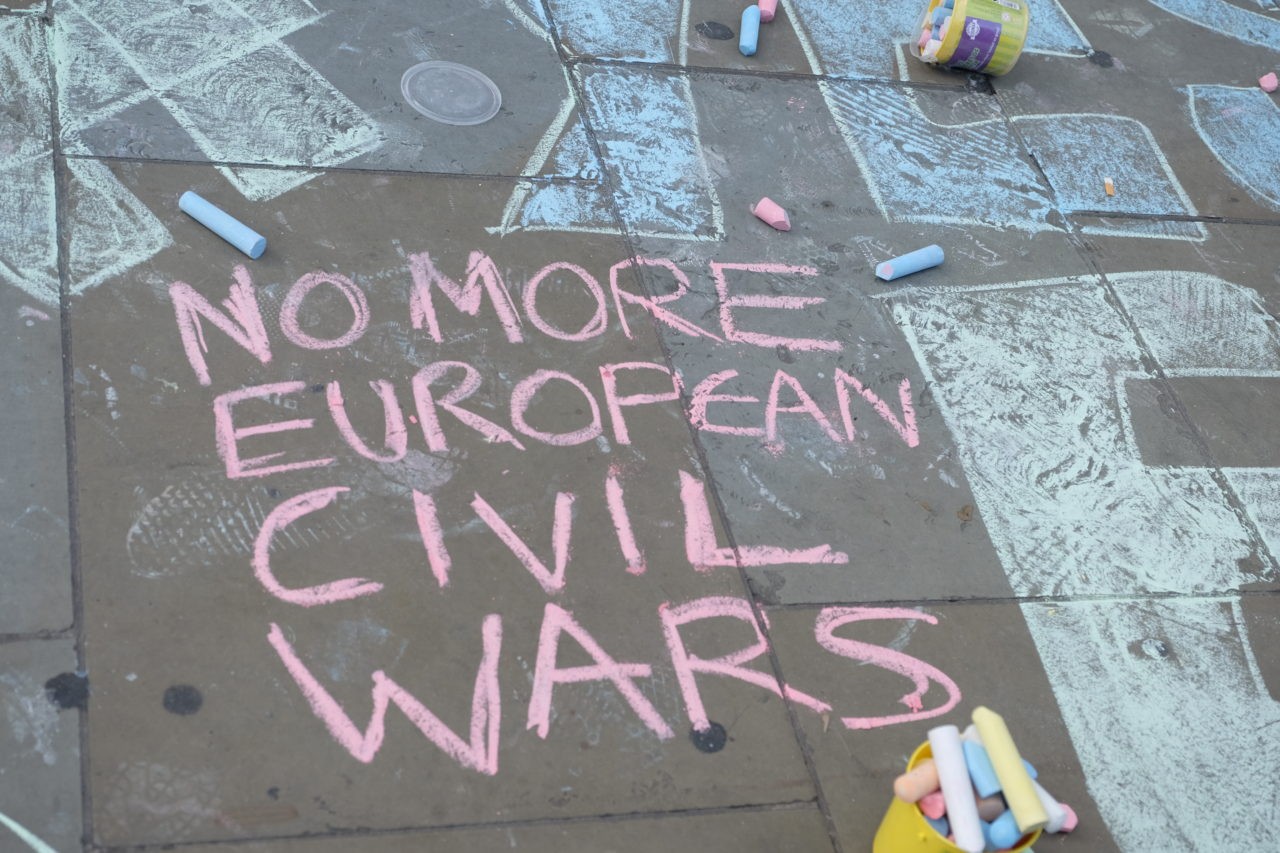 Is that on the cards? 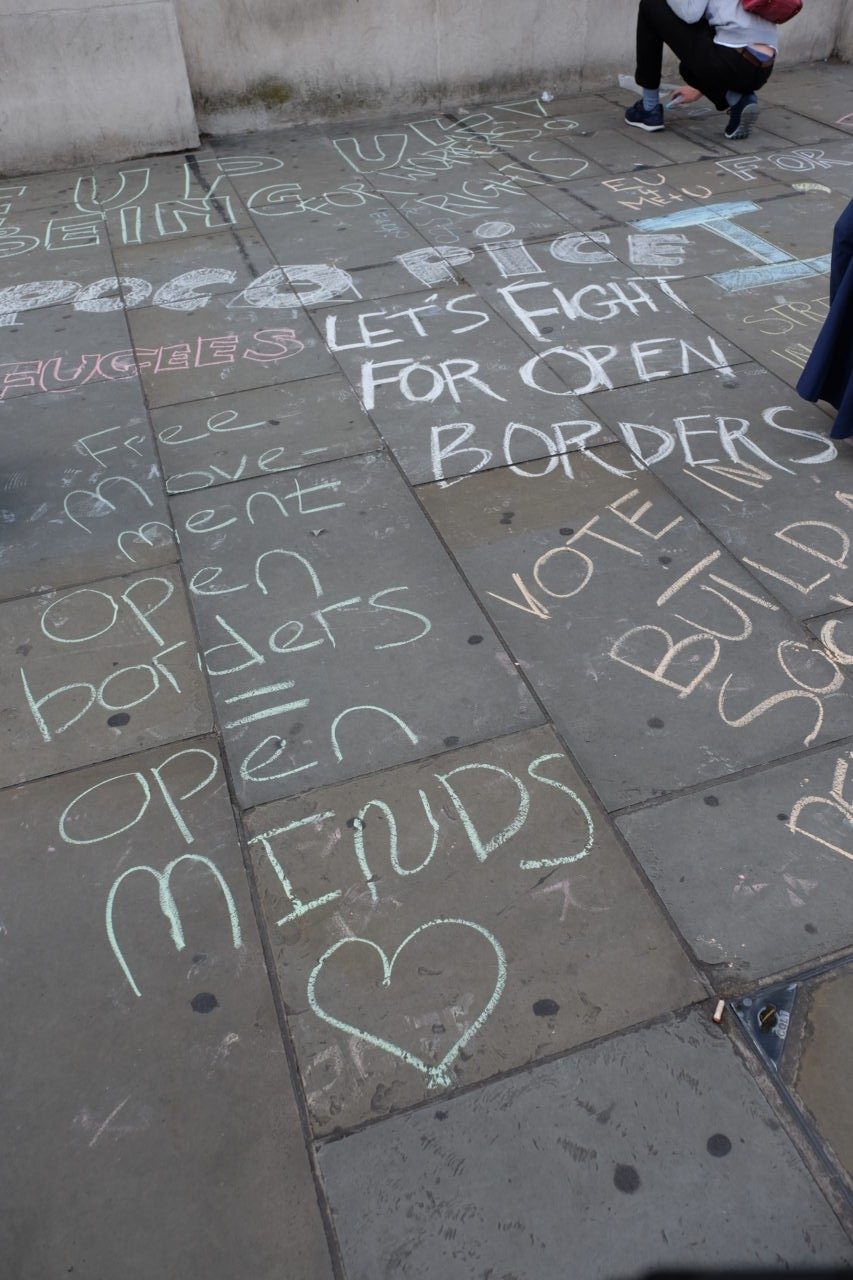 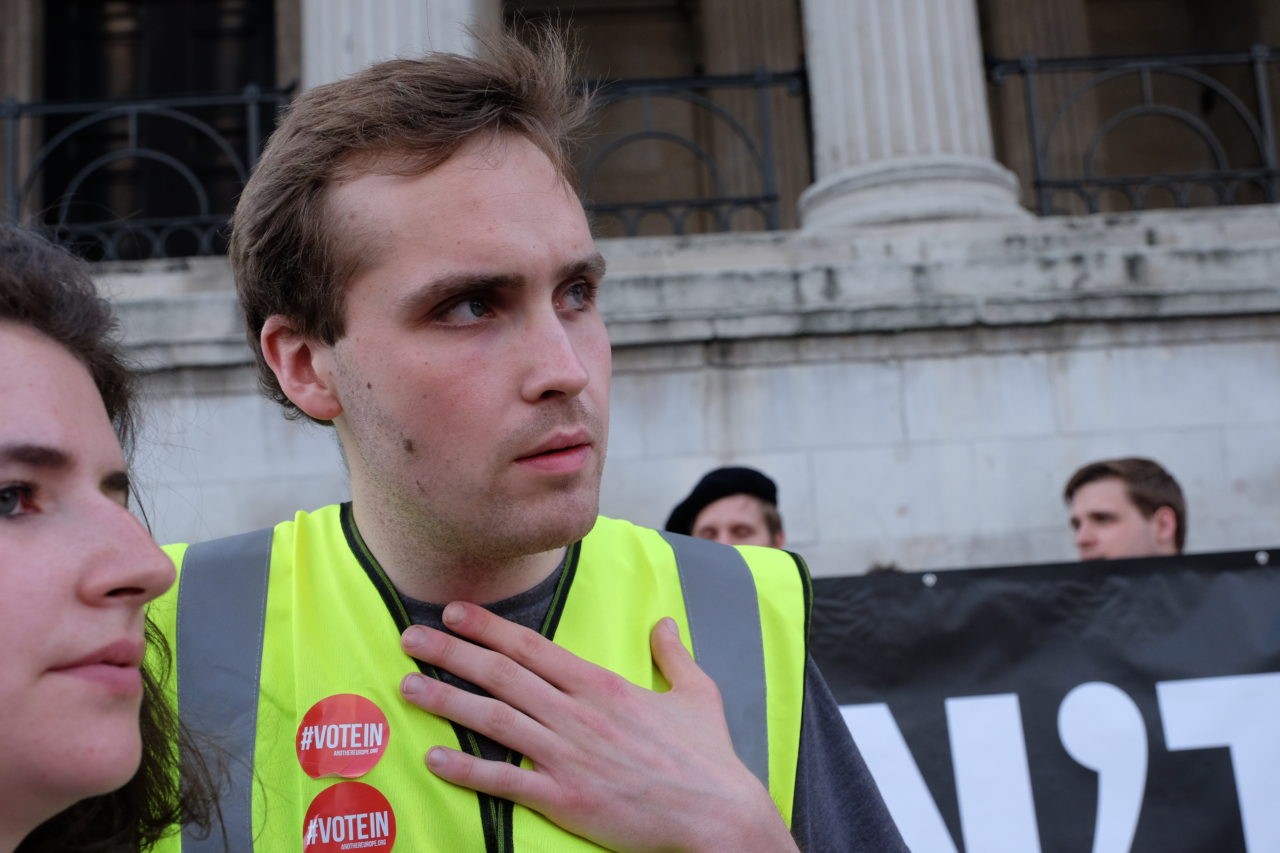 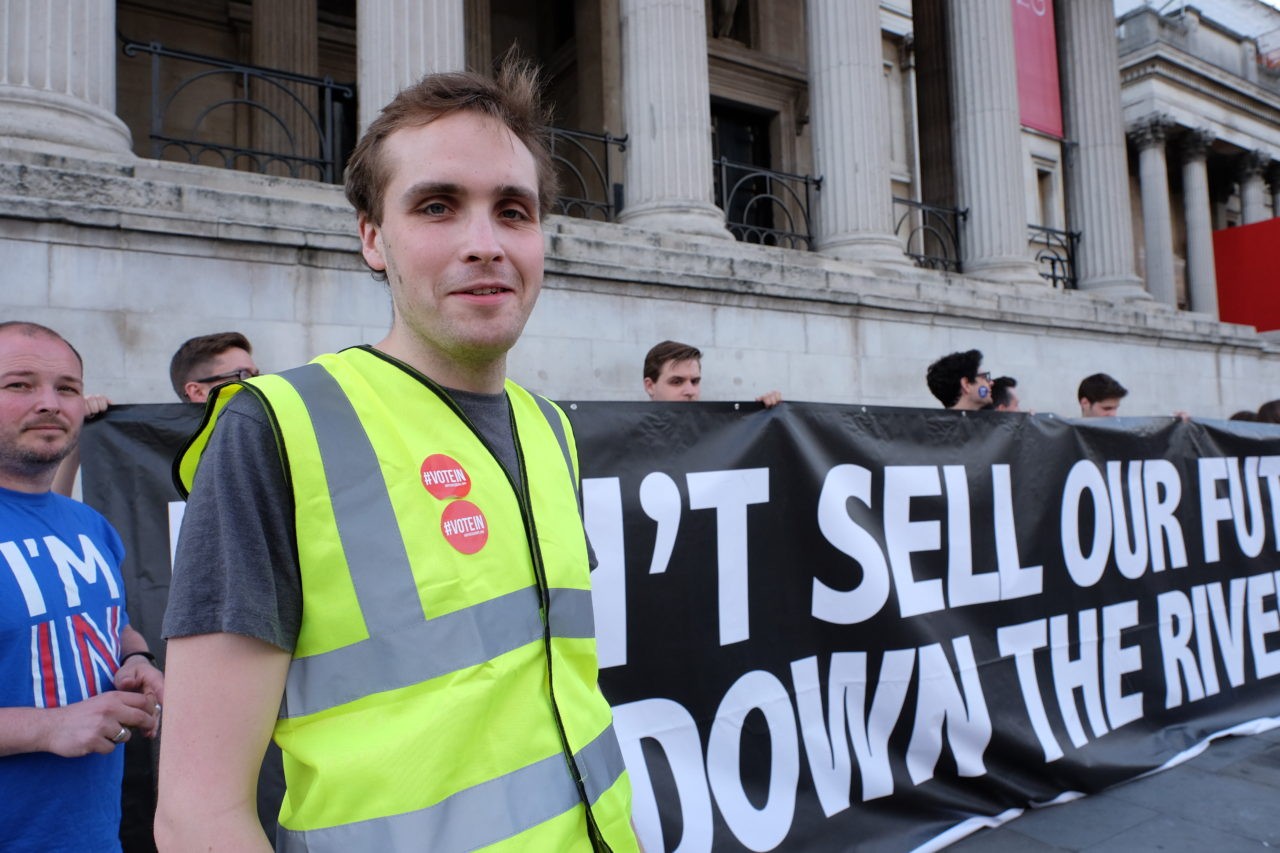 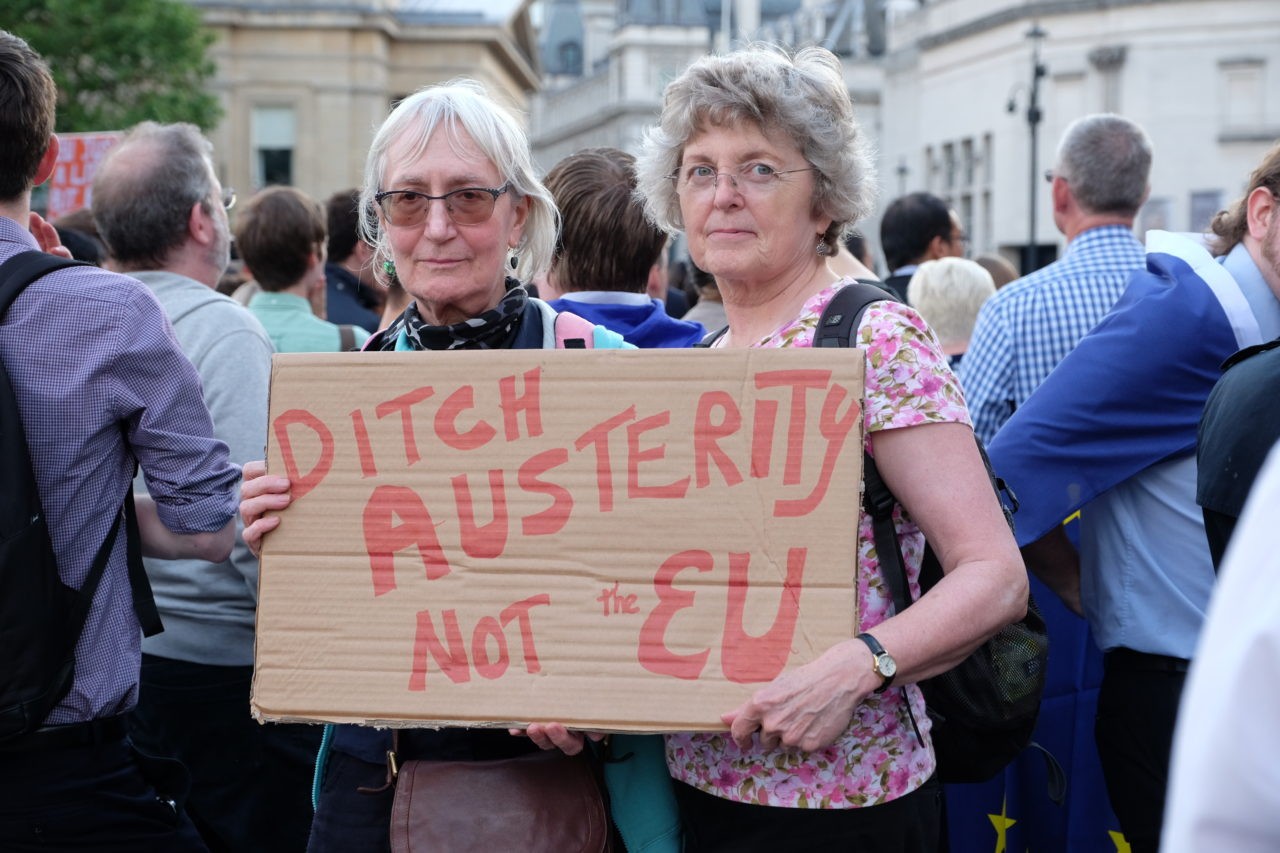 Wait, I thought the Leave people were the old ones? 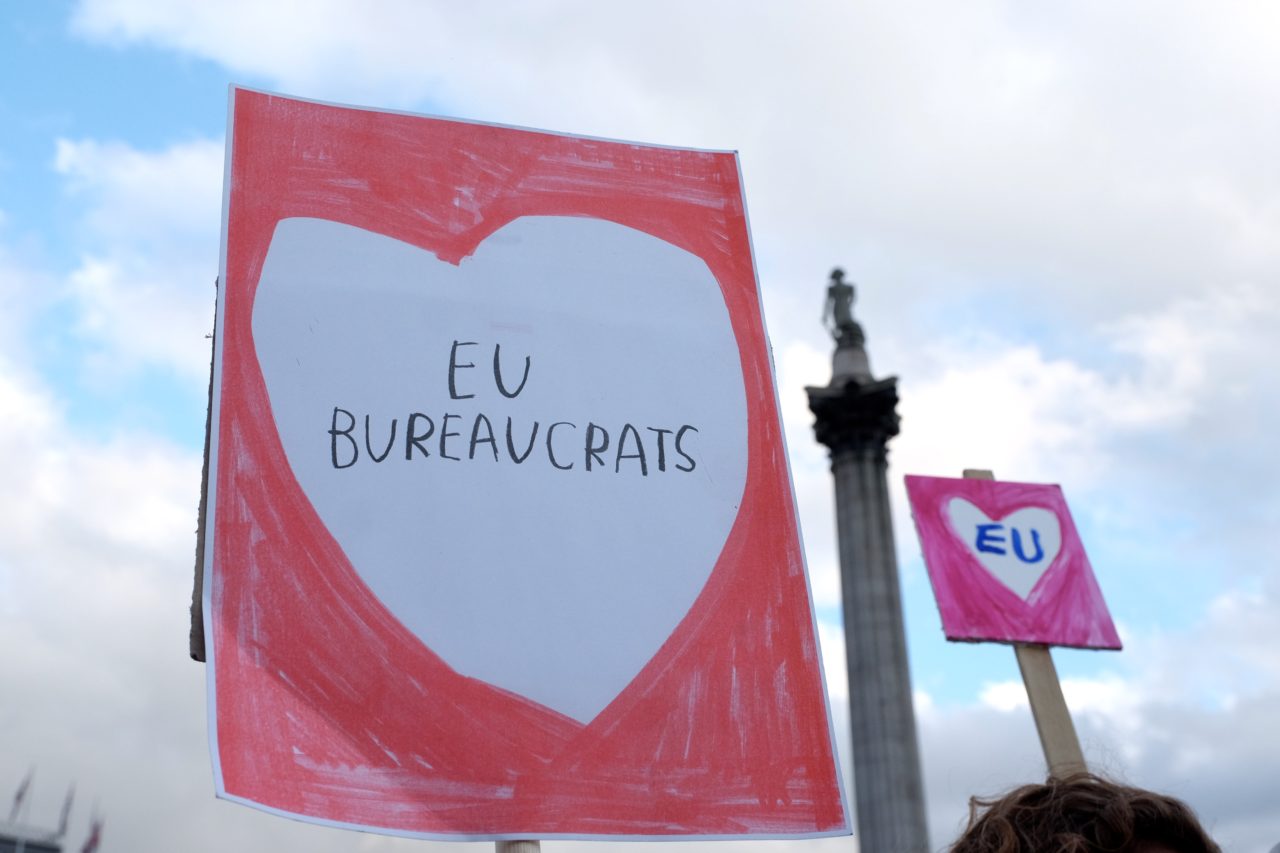