Turkey’s ambassador to the European Union (EU), Selim Yenel, has claimed the country’s Islamist president “saved democracy” in Turkey, which will join the EU in just a few years.

“I know that there are countries which do not want us in the EU. But Turkey wants to enter. We strive for full membership. For us, it would not be acceptable in the long term not to belong to the EU. Joining the EU is very important for us” stressed Mr. Yenel in an interview with Die Welt.

“The Turkish government wants to accede to the EU by 2023”, he specified later. During the UK’s referendum campaign, former Prime Minister David Cameron said Turkey would not join “until the year 3000”.

The ambassador also said that having a Muslim nation in the block would send a strong message to other Muslim nations that they are welcome.

“…This would, however, also send an important message to many countries outside the EU, and make it clear that the EU is not a Christian club… not dominated the Christian faith”, he argued. 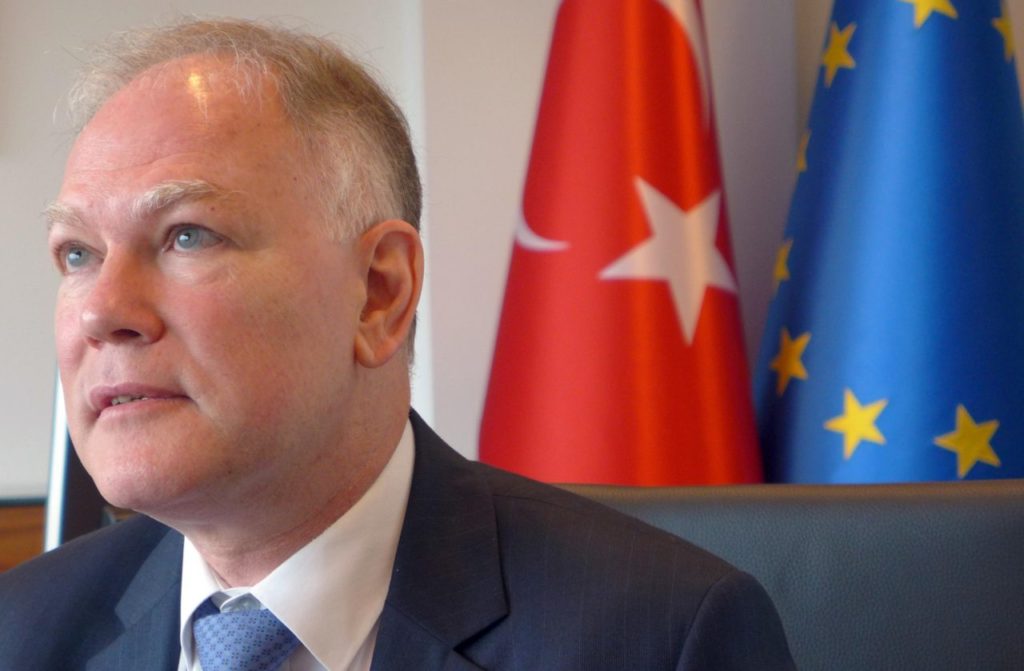 Selim Yenel speaks during an interview at the Turkish embassy in Brussels on Thursday, Aug. 11, 2016. (AP Photo/Lorne Cook)

Since the failed coup in Turkey this July – led by secular generals arguing the county was being Islamised and democracy eroded – there has been a ruthless, authoritarian crackdown.

More than 40,000 people have been detained or arrested on coup-related charges, and tens of thousands of others, including teachers, police officers, state bureaucrats and even airline employees, have lost their jobs.

The country has also recently effectively legalised sex with children and called for comedians in Germany, who mock Islamist president Recep Tayyip Erdoğan, to be jailed.

Despite this, the top diplomat demanded the EU give free movement to Turkey’s 75 million citizens by the end of the year.

“The EU and Turkey can still together manage the visa exemption by October. We want no more delays. The visa liberalization has yet to come in this year and 2017 would be unacceptable”, he said.

Mr. Yenel also argued that Turkey would be able to skirt some of the 72 conditions set the EU for membership, such as reforming “anti-terror” laws used to persecute journalists and opponents of the regime.

“We believe that we can find a way out in the amendment of the anti-terror laws. In the coming weeks we will deal with it… Negotiations with the European Commission are on the right track”, he said.