A music video uploaded to YouTube early on Thursday calls for the decapitation of former UK Independence Party leader Nigel Farage. The video features Islamic State propaganda as well as Black Panthers and Nation of Islam imagery, and was created by a failed grime/rap artist called “Zebadiah”.

The video, which comes just months after British Member of Parliament Jo Cox was murdered in her constituency, features a man wearing a Nigel Farage mask in a Guantanamo Bay detainee jumpsuit. 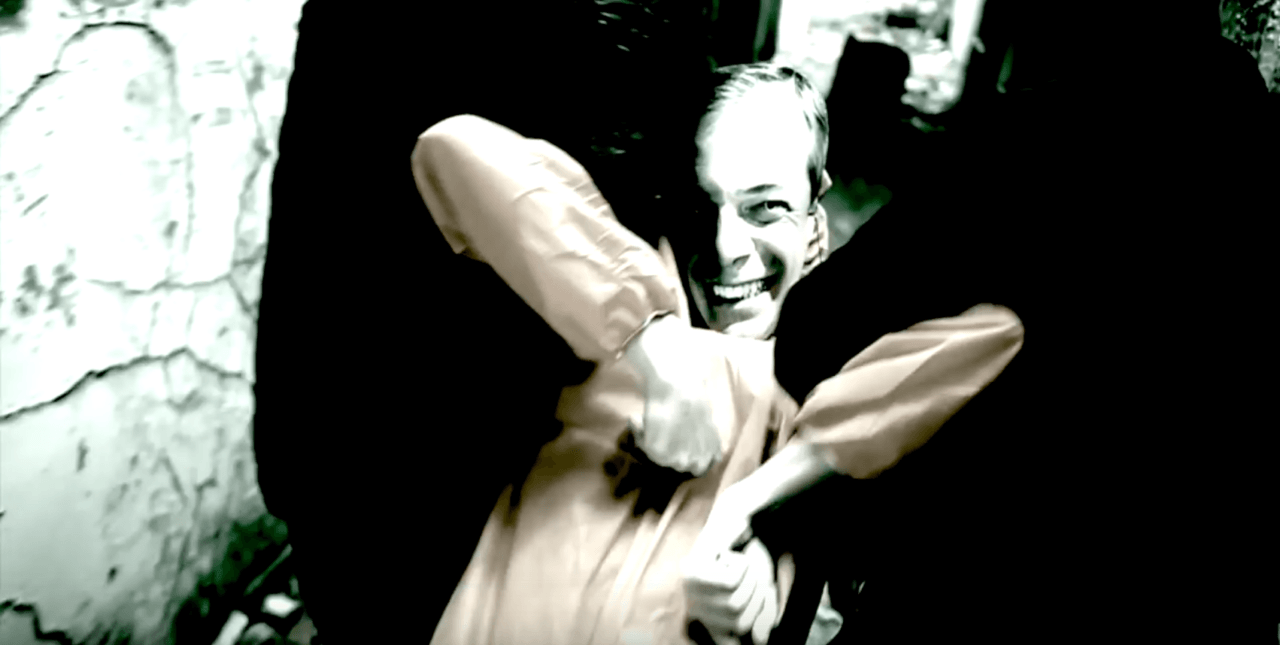 The star of the video, Prophet Zebadiah Abu-Obadiah (real name Robert Bealer) – who attracted a miserable 30 votes when he stood for election in South Thanet in 2015 – can be heard rapping with lines such as “Chat shit, get Rigby’d”, a reference to the British soldier Lee Rigby who was brutally murdered by Islamic terrorists in London in 2013.

The video begins with a voice whispering “off with their heads” and contains a number of references to the Islamic State including a real ISIS video overlay, and a satirical version of the ISIS flag. 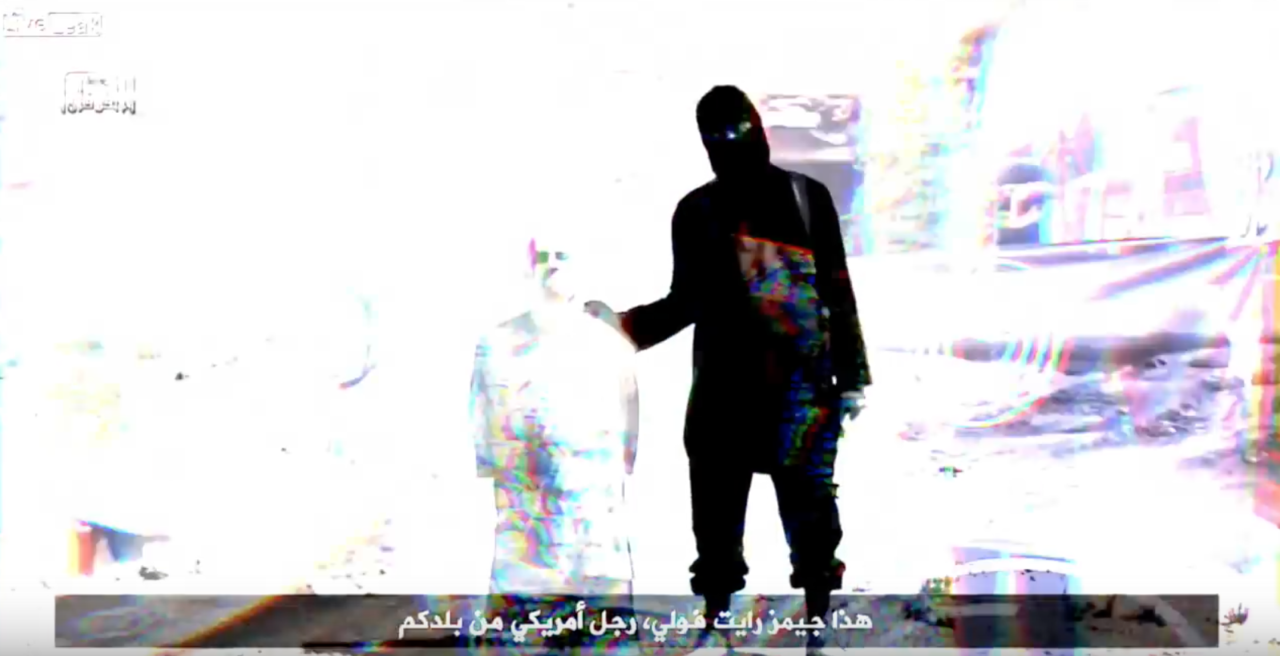 The song’s lyrics include: “Farage, off with his head. Tommy Robinson, off with his head” as Zebadiah stares hypnotically into the camera. The music and imagery are all supposed to evoke an element of hypnosis.

Later in the clip, Mr. Abu-Obadiah says: “Churchill, off with his head… they’re not legends they’re genocidal c*nts who robbed everyone and left innocent people for dead”.

He adds: “It’s no different from your Queen the thievin’ wh*re who should return the loot of the Koh-i-Noor”. 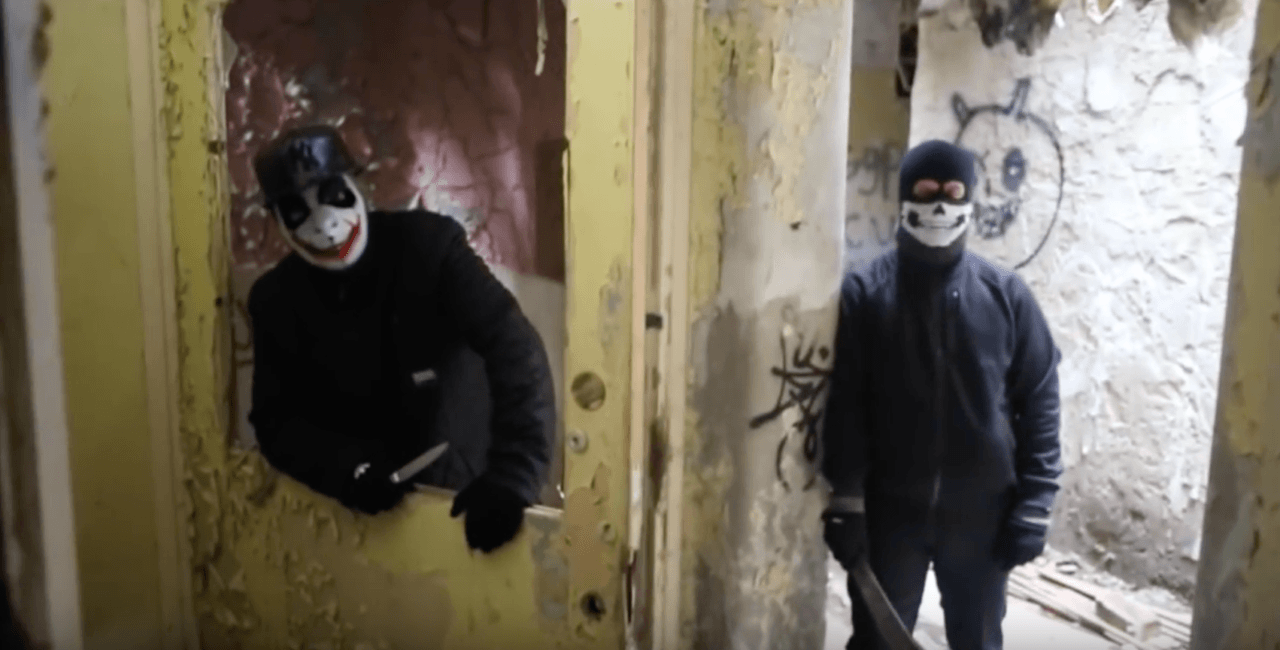 Robert’s friends helped him with the video

But Mr. Bealer’s shock humour was still not edgy enough to include the full quote, which includes “we kill the faggots, we kill the lesbians” too.

The clip goes on to demand the “shut down [of] the military manufacturing center by killing the white woman”.

Mr. Bealer’s only other YouTube video on the account Al Zebzeera TV, is called “Period Blood is Peng” and reached a total of 4,900 views since last December.

He is otherwise known for tweeting at Sainsbury’s supermarket, complaining about haikus found in bags of cookies, as well as telling Vice News in 2015 that his party’s manifesto included the mandatory taking of heroin. Vice News also encountered generous portions of marijuana in his campaign headquarters.

@Zebadiahgrime Oops! That's not meant to be there. Can I ask which store you got these in? Cheers, Natalie.

A spokesman for the UK Independence Party told Breitbart London: “The incoherent rantings of a desperate publicity junkie. It would be worrying if it weren’t so risible”.

Mr. Robinson – the leader of PEGIDA in the United Kingdom who was also named in the video – was equally circumspect, tweeting: “I’m a bit gutted, some fat mess has made a video about decapitating me , but I actually like the tune”.

Mr. Bealer is currently tweeting his own video at newspapers.