A Moroccan “terrorist” who attempted to set off an explosive device while shouting “Allahu Akhbar” in Brussels Central Station was shot and killed by security services Tuesday night.

Security services were alerted to the presence of the terrorist by a small explosion and fire — but the would-be killer was taken down by officers before he was able to set off his main device. Belgian interior minister Jan Jambon later revealed police had been able to identify the assailant’s body and that there was a larger device that “did not happen”.

Wednesday morning it was revealed the attacker had been identified as a 36-year-old Moroccan identified as ‘O.Z.’ who had been living in Molenbeek. The north-Brussels migrant district has been linked to a number of terror attacks including the 2016 Brussels attack.

A federal prosecutor said the event was being “considered a terrorist attack”. Witnesses said the man shouted “Allahu Akhbar” as he launched his failed attack. 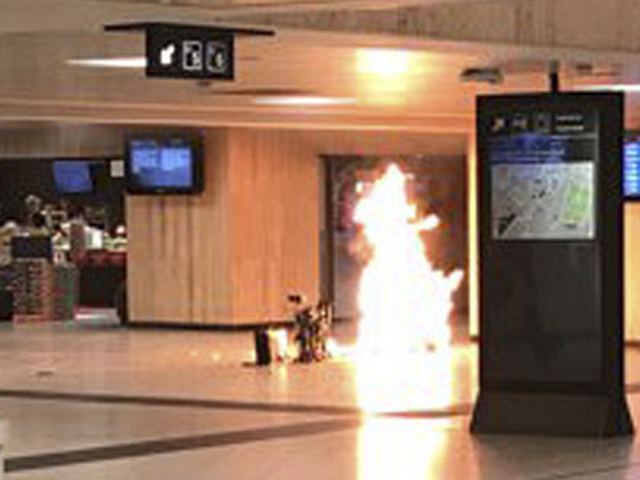 The primary explosion as captured by an eye-witness / AP IMAGES 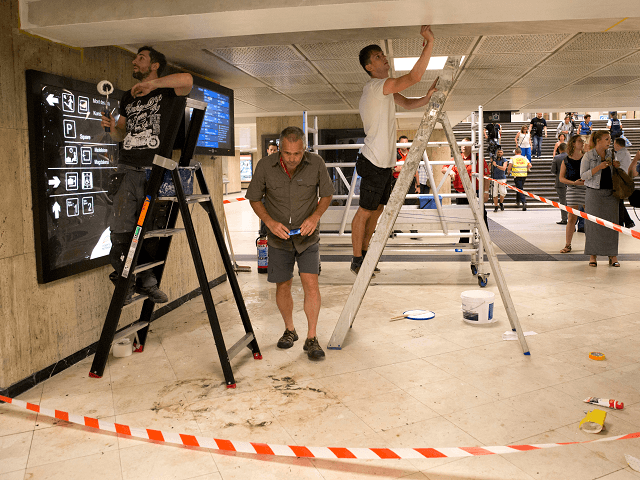 After the police investigation concluded, a team of repairmen work to make the burned area of the station ready for traffic again Wednesday morning / AP IMAGES

There were no injuries or fatalities other than the terrorist in the attempted attack, but the explosion and gunfire did cause terrified commuters to flee in panic. UKIP MEP David Coburn, who was in the vicinity of the railway station as the incident took place, said he saw people running away “with look of terror on their faces.”

Local political leader Mischael Modrikamen said after the attempted attack: “Thank you to our soldiers and policemen for their vigilance. They’re on the front line for all of us!”

Peter De Waele of the federal police has commented on the incident Tuesday night saying, “According to initial findings, there is not much damage, but more details are missing for now,” and added that the incident was still under investigation.

All train traffic into Brussels Central station was halted according to the SNCB, the government-owned railway company in Belgium.