PARIS (AP) – U.S. first lady Melania Trump took her own path through Paris on Thursday as she and President Donald Trump began a two-day visit to the French capital, starting at a children’s hospital.

At Necker Hospital, Melania Trump visited a ward decorated with images from “The Little Prince,” an iconic French novel written and illustrated by Antoine de Saint-Exupery. 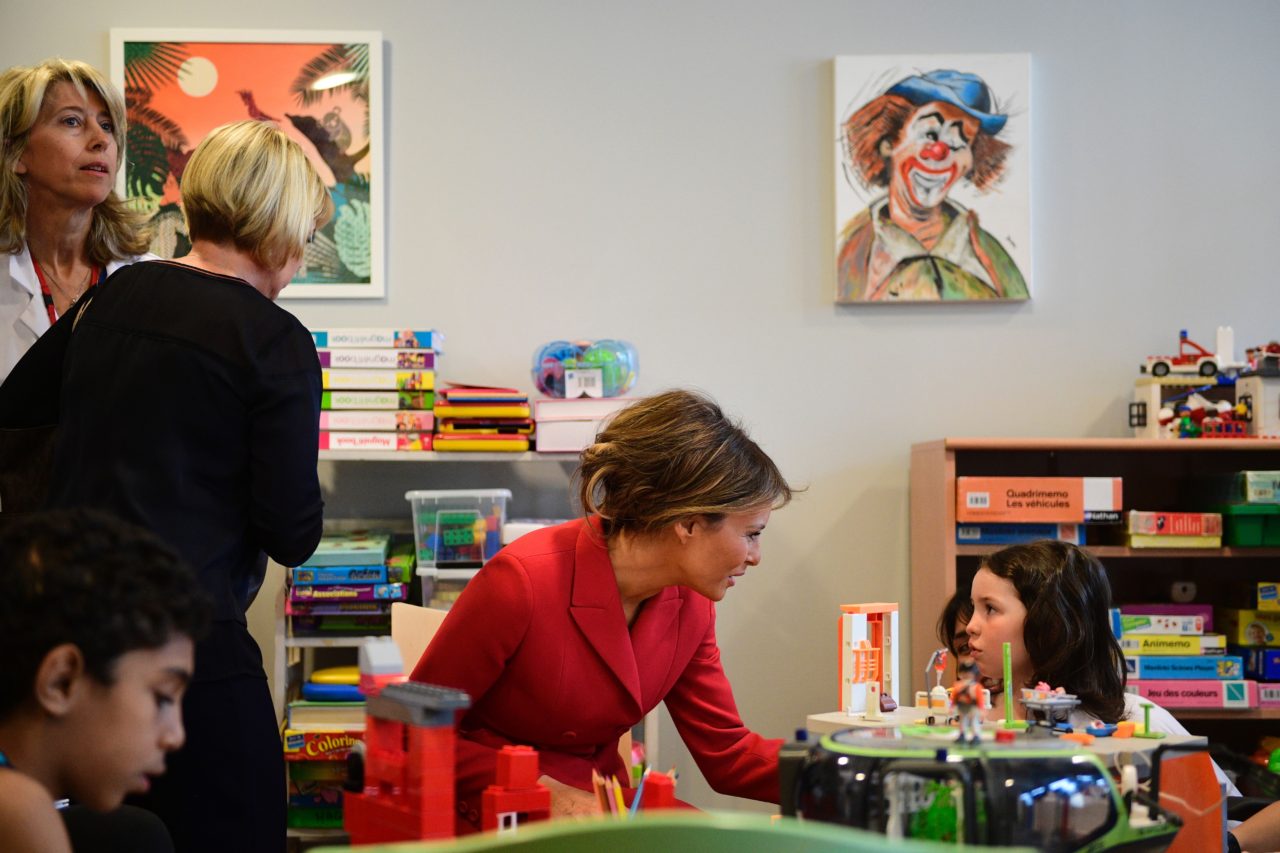 US First Lady Melania Trump speaks with people during a visit to the Necker Hospital in Paris, on July 13, 2017.
(Photo credit MARTIN BUREAU/AFP/Getty Images)

She spoke briefly in French to six children, asking how they were and introducing herself before switching to a translator to ask how long they expected to stay. One of the children, a 14-year-old girl named Ysatis, was in a wheelchair and said she expected to leave the hospital Monday for a month of rehabilitation. 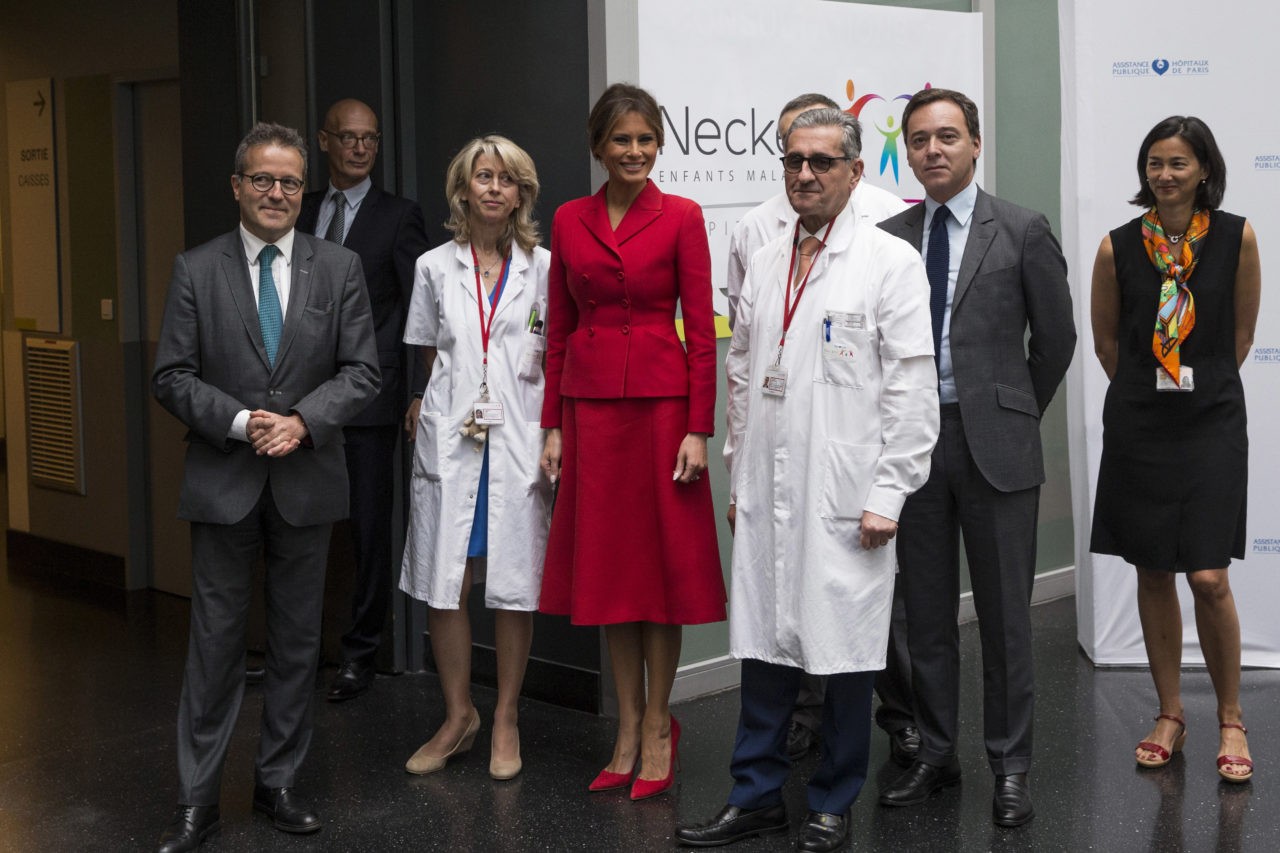 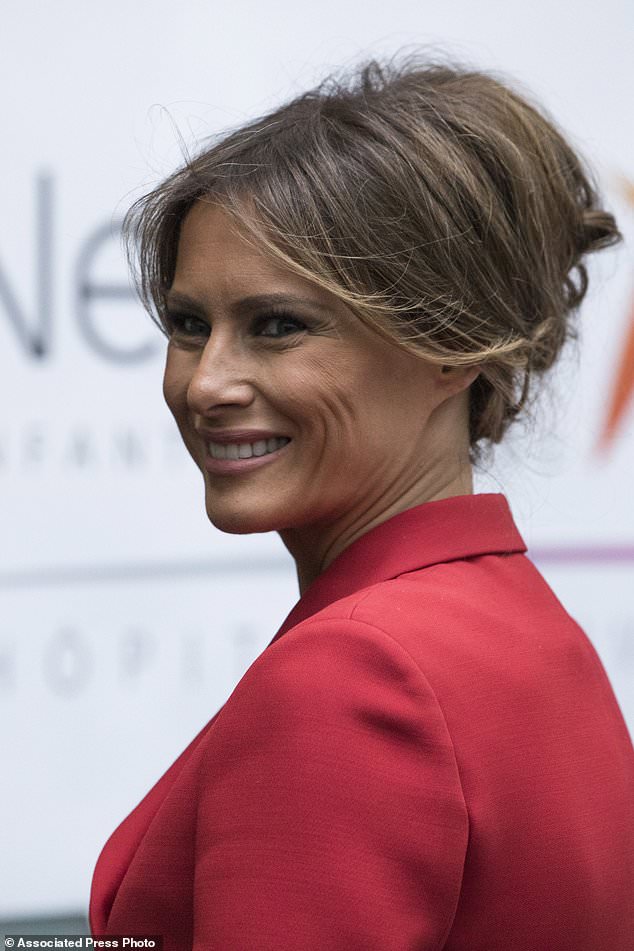 Ysatis later told The Associated Press she appreciated the visit.

“It was very pleasant and really good. She’s beautiful and gorgeous,” Ysatis said.

Martin Hirsch, director of Paris’ public hospital system, presented the first lady with a copy of “The Little Prince.”

“I will keep it, practice my French. It’s beautiful,” she said. 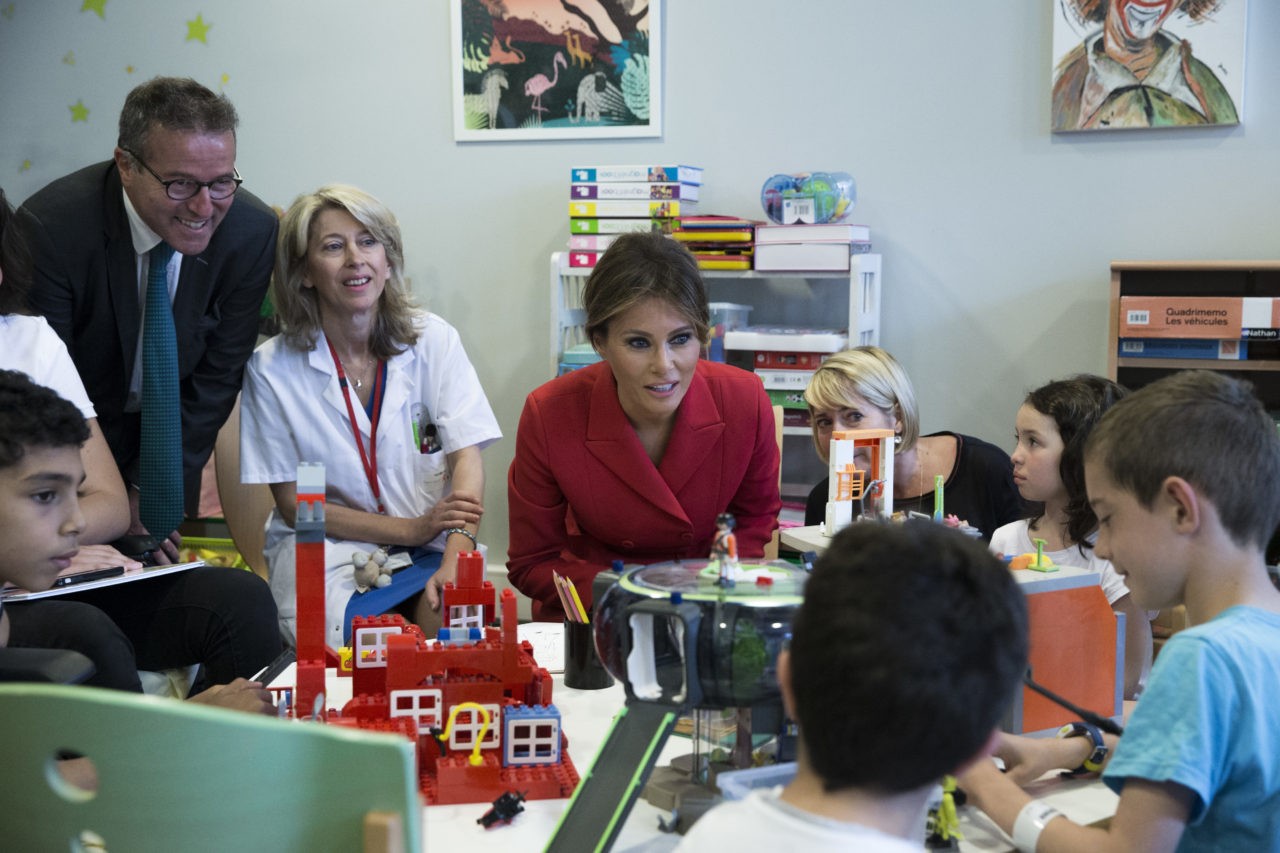 The first lady, though not as visible as some of her predecessors, has taken on a fairly prominent role on her husband’s three international trips. She visited a children’s hospital in Italy as well.

Melania and Donald Trump have an 11-year-old son, the first boy in the White House since John F. Kennedy Jr. more than 50 years ago.

Mrs. Trump was later expected to visit Notre Dame Cathedral and tour the Seine River by boat with Brigitte Macron, the wife of French President Emmanuel Macron. President Trump was to meet with Macron before participating in Bastille Day celebrations on Friday. 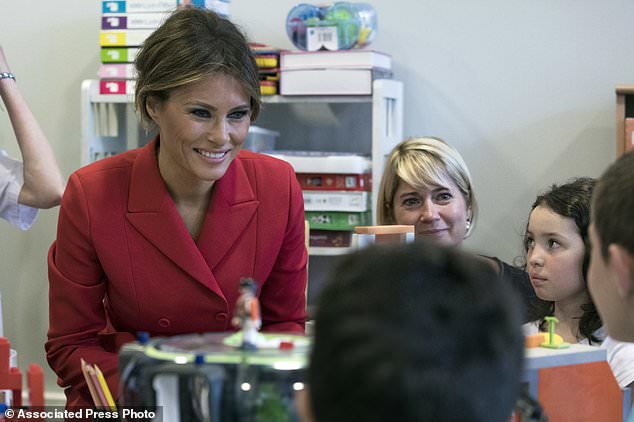 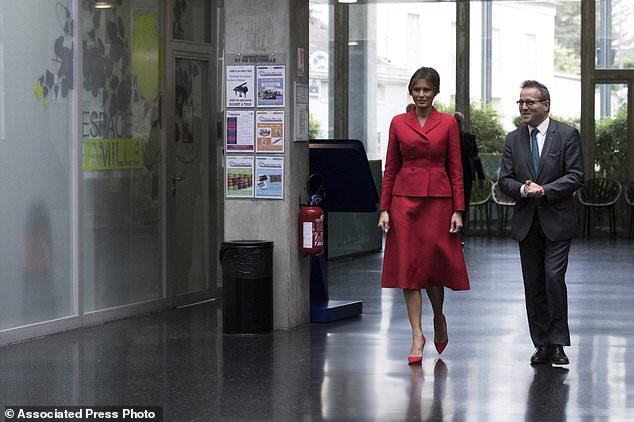