Activist and citizen journalist Tommy Robinson’s contempt of court case has been referred to the Attorney General “for a proper and thorough” examination.

Robinson, 35, real name Stephen Yaxley-Lennon, left the Old Bailey Tuesday morning after Nicholas Hilliard, recorder of London, determined that the case should be heard in a setting where lawyers could present evidence and question witnesses, reports The Guardian.

“I think it necessary to look at quite a lot of the detail of what Mr Yaxley-Lennon said in the broadcast as to come to the overall picture as to what happened,” Mr Hilliard said.

“I’m satisfied in the light of the issues as they now appear as they emerged from the statement of yesterday, that cross-examination of Mr Yaxley-Lennon is necessary for a proper and thorough examination and resolution of the case that is in the public interest.”

A date has not been set for the next hearing, and Robinson was released on bail. 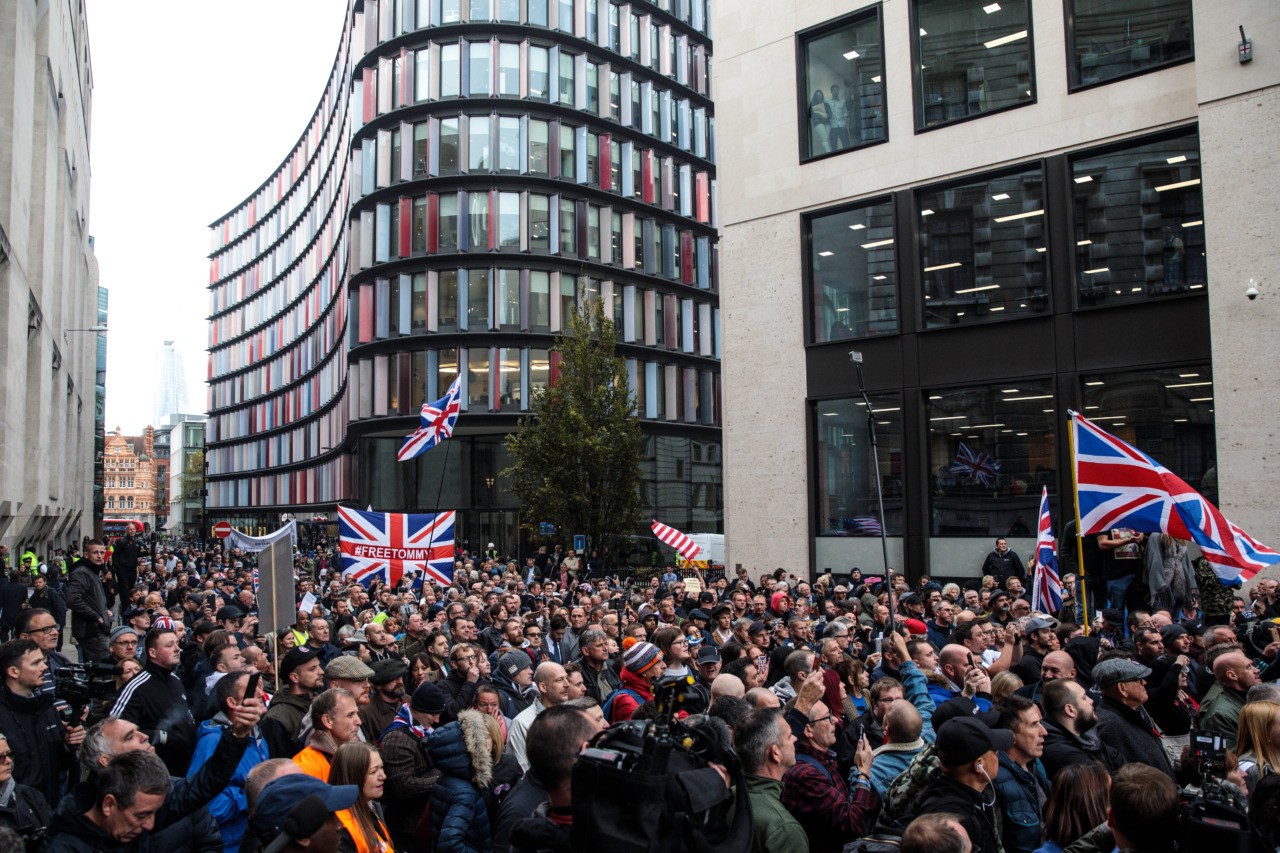 The former member and founder of the English Defence League was found guilty of contempt of court and jailed for 13 months in May, just hours after his arrest and hearing, for filming outside of an active trial at Leeds Crown Court where reporting restrictions were in place.

Robinson was only released on appeal on August 1st after the court determined that the speed with which the original conviction was made “gave rise to unfairness”, pending a fresh hearing.

Reporting restrictions on the Huddersfield grooming gang case were only lifted late last week when the group of 20 mainly Pakistani-Muslim heritage men were found guilty of raping and sexually abusing 15 victims across a seven-year period, some as young as 11.

Tommy Robinson’s speech has been interrupted a dozen times like this: pic.twitter.com/e3bOwIby11

Canadian journalist and founder of Rebel Media Ezra Levant, who has supported Robinson throughout his contempt of court ordeal, reported that a crowd of some 2,400 supporters had gathered outside of the Old Bailey, waving flags, chanting “We will not leave”, and singing “How They Rule Ya” — to the tune of Leonard Cohen’s “Hallelujah” — in reference to criticism that the Luton native’s original hearing and imprisonment was allegedly conducted under secrecy.

After the hearing, Robinson addressed the crowd and read from a prepared statement. Claiming that he believed he had acted in good faith within the parameters of the section 4 reporting restriction in May, he said: “I also followed that guidance document issued on the Judiciary website informing me that I could only reference information that was already in the public domain.

“Every single thing I said that day was already in the public domain.  I actually read charges and names of the defendants from a BBC article which to this day is still live on their website.  I also made sure not to film anyone other than the defendants, I was calm and respectful throughout.

“It is my understanding that there is no individual in the last 60 years that has been sentenced to prison for a publication breach of a reporting order.  It would appear to me that my punishment is exceptional.  I would ask that I am treated in the same manner as every other journalist who has been charged with these allegations.” 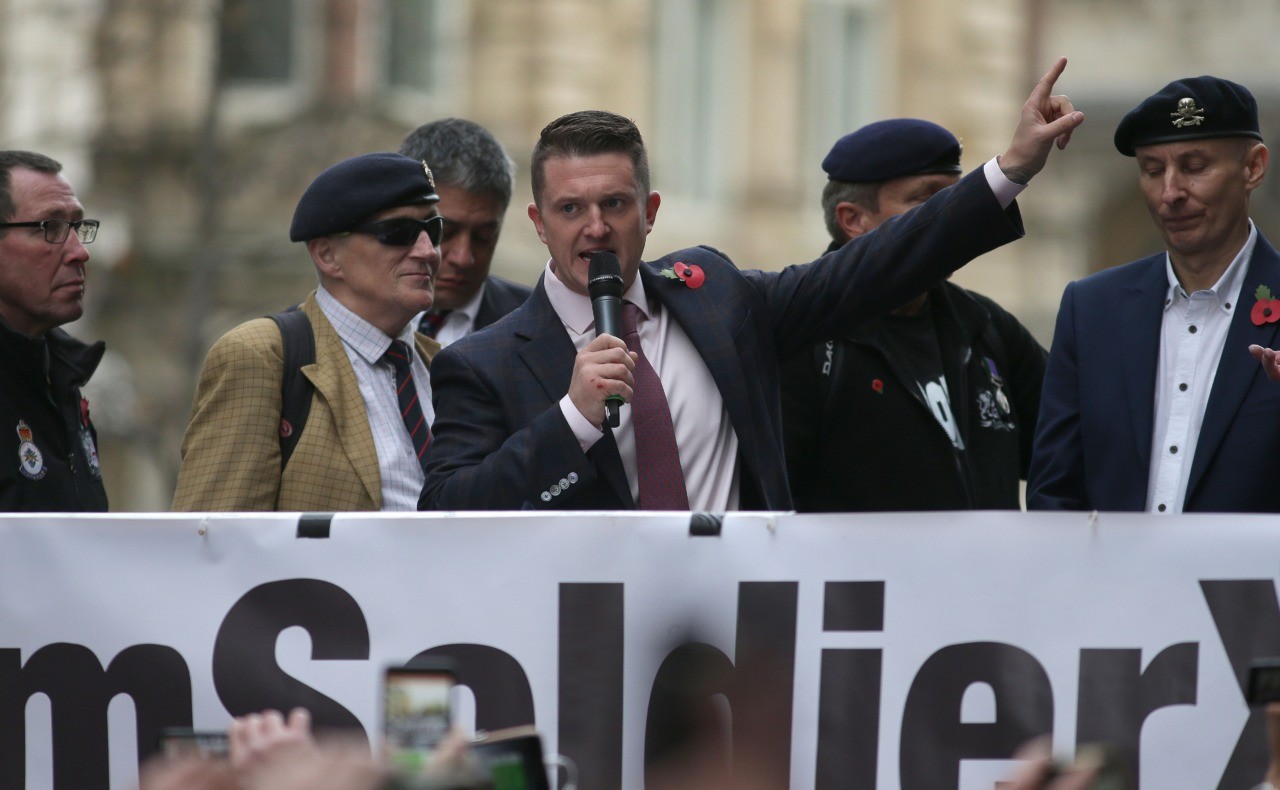