The British parliament’s weekly questions-and-answers session with the Prime Minister was sparsely attended Wednesday, as parties told members to stay away from the debating chamber unless their presence was essential.

Normally enthusiastically attended by a packed house, the Wednesday convention of parliamentarians from both sides gathering to ask direct questions of the prime minister looked deeply unfamiliar today, as the vast majority of members stayed away. Both the Conservative and Labour whips told their members to stay away from the session unless their names had already been selected to ask a question in advance, and told 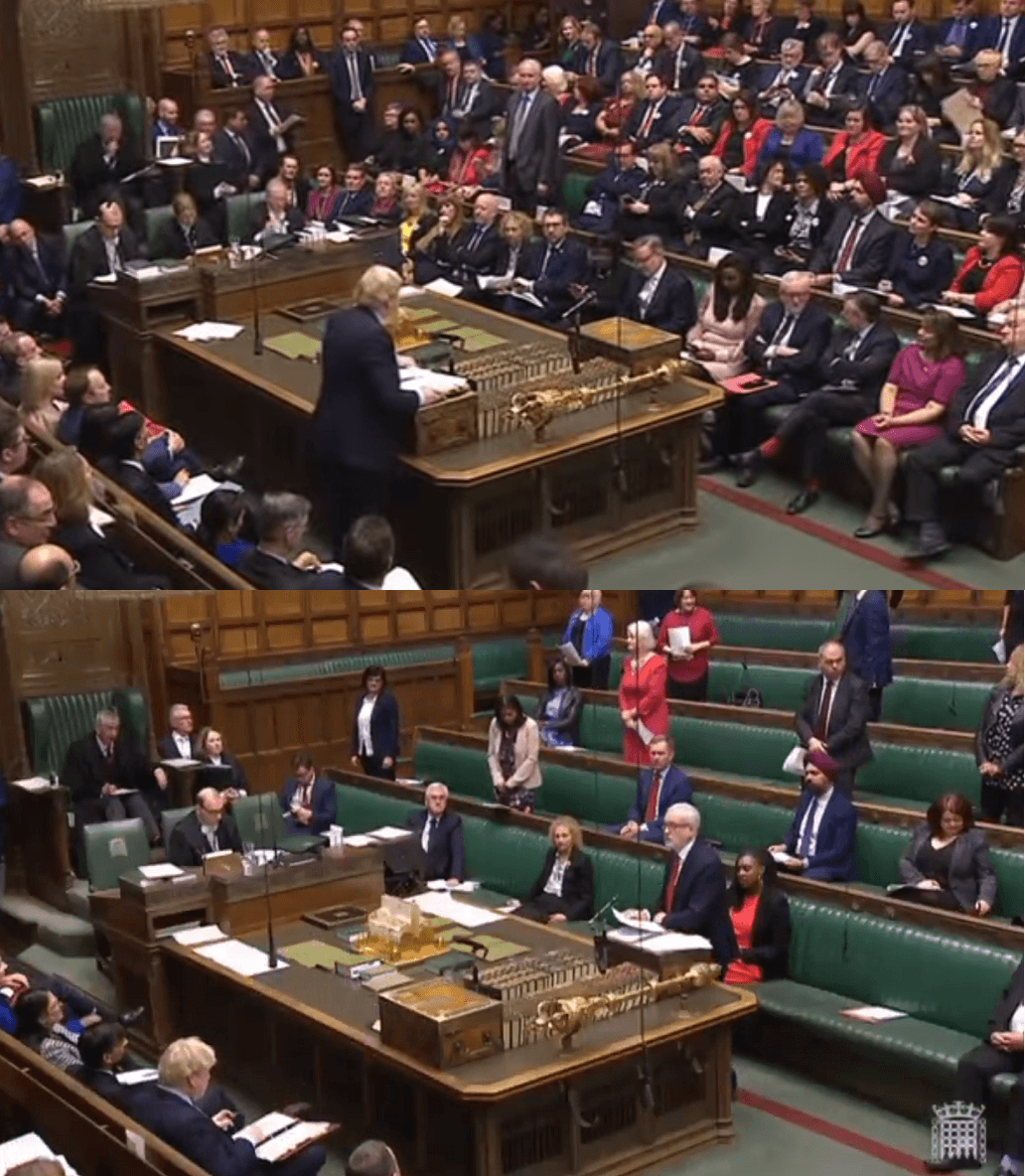 Prime Minister’s Questions (PMQs) on Wednesday 11th (above) and Wednesday 18th (below), showing members sitting apart from one another / Parliament.tv

Most members who did attend the session, where questions were almost all about the government’s response to the coronavirus pandemic, sat apart from one another, appearing to obey the government’s own social distancing advice. The closest proximity sitters were the members of the government front bench itself.

Responding to a question from Labour leader of the opposition Jeremy Corbyn, Prime Minister Boris Johnson appeared to be going to lengths to appear upbeat. He told the house that the government following the best scientific advice was the best path forward. He said the more closely the government was able to do so: ” the better our chances of relieving the burden on the NHS, the more lives we will save, the more suffering we will avoid, and the quicker we will get through it.

The presence of Labour’s Jeremy Corbyn was itself against Parliament’s own advice, which has told members and peers over the age of 70 to stay away from the building and work from home. The Palace has also strictly limited public access to Parliament, closing the viewing galleries in which visitors are able to watch proceedings.

The dogged determination of Parliament to stay open stands in contrast to the Canadian Parliament, which shut its doors last week, self-suspending to slow the spread of coronavirus. The move came just days after the Canadian prime minister’s wife tested positive for coronavirus.