The UK Prime Minister is heading to his country retreat to convalesce one week after he was admitted to hospital, and days after he was released from intensive care suffering with coronavirus.

Boris Johnson was released from hospital on Sunday, a week to the day after he was admitted to St Thomas’ in London for what a Downing Street briefing said was tests, but quickly deteriorated into a spell in intensive care. The Prime Minister first showed symptoms of the China coronavirus 17 days ago, but will now move to Chequers, the country house and estate owned by the British government and given as a grace-and-favour second residence to sitting Prime Ministers.

UK state broadcaster the BBC reports the Prime Minister will not immediately return to work, but will spend some time recovering at Chequers. A spokesman from 10 Downing Street, the Prime Minister’s London residence and official office said of the change: “On the advice of his medical team, the PM will not be immediately returning to work. He wishes to thank everybody at St Thomas’ for the brilliant care he has received.

“All of his thoughts are with those affected by this illness.”

While the Prime Minister didn’t make a statement himself upon release, his live-in girlfriend Carrie Symonds wrote: “I cannot thank our magnificent NHS enough.

“The staff at St Thomas’ Hospital have been incredible. I will never, ever be able to repay you and I will never stop thanking you… There were times last week that were very dark indeed. My heart goes out to all those in similar situations, worried sick about their loved ones.

“Thank you also to everyone who sent such kind messages of support. Today I’m feeling incredibly lucky.”

Boris Johnson was admitted to St Thomas’ hospital, a large central-London facility directly opposite the Houses of Parliament on the River Thames, a week ago on Sunday evening. It was said then he had been admitted to receive tests, but within hours he was moved to intensive care with breathing difficulties. Although the PM was administered an oxygen treatment, he did not require a ventilator or sedation, a spokesman said, although the government has declined to say what, if any, other treatments he received.

He was moved back to a general ward after three days. Latterly, it was revealed the Prime Minister had been sitting up in bed and interacting with medical staff. Yesterday, London’s The Times newspaper reported the PM was continuing his recovery not by working — as some perhaps might have expected — but relaxing which his iPad, which had been loaded with his favourite films and games by aides.

One film he was said to have watched was British cinema cult classic Withnail and I, a tale of two out of work alcoholic actors who go on holiday by mistake. Prompted by the news the PM was a fan of the title, lead actor Richard E. Grant recited a favourite line in a short social media clip.

On Saturday night, the Prime Minister said of the doctors and nurses at St Thomas’: “I can’t thank them enough. I owe them my life.”

Now the PM is to convalesce — although it is not known for how long — at Chequers Court, an Elizabethan house given to the British state in the last century.

Before 1917, it was normal that leading British statesmen would have country homes of their own, but as politics became more democratic, leaders started to emerge from humble backgrounds. While the British establishment could handle that, it was seen as impossible for the Prime Minister to not have a country retreat.

As well as providing a retreat for the PM and his family — as now — Chequers has frequently been used to host visiting heads of state, and for government conferences.

It is one of several houses held by the government for the use of senior statesmen — the significantly grander Chevening House was given to the government 40 years later and is available for use to senior government ministers, normally the foreign minister. The more modest Dorneywood house, also given to the state, serves a similar function and has recently been used as a country house by the Chancellor. 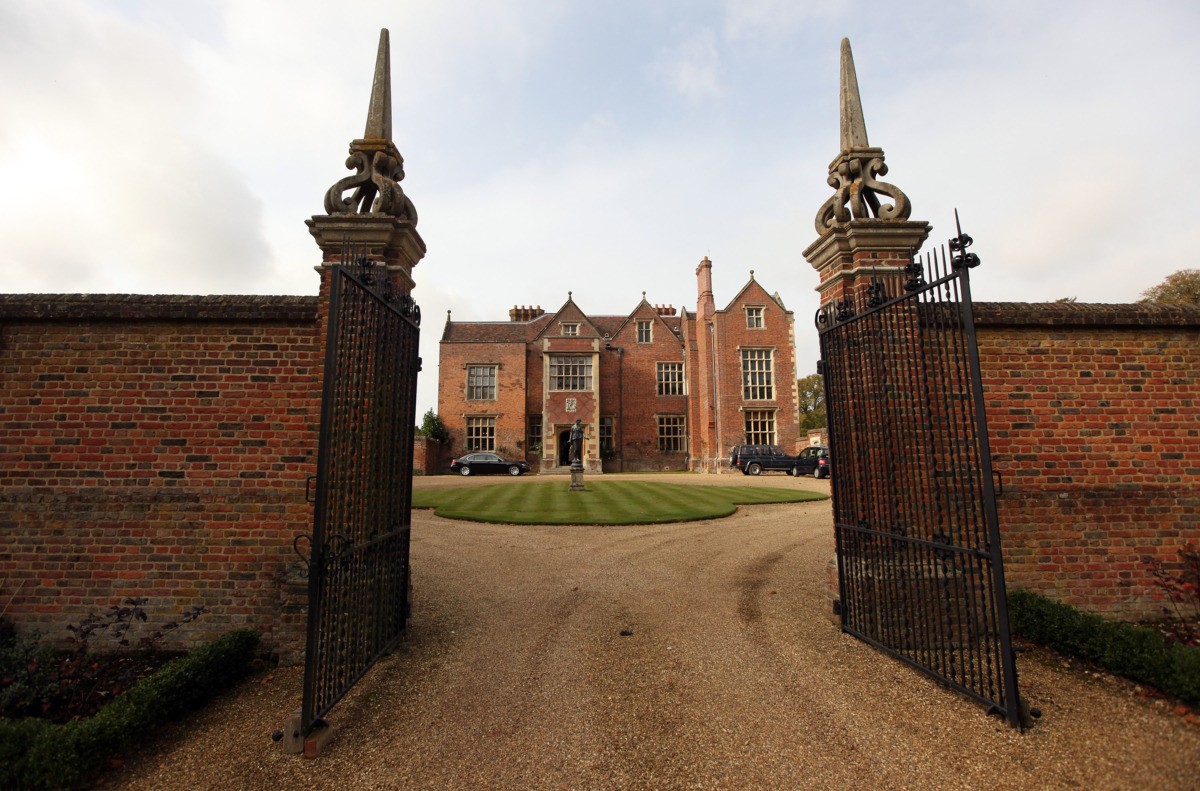 ELLESBOROUGH, UNITED KINGDOM – OCTOBER 11: A general view of Chequers, the Prime Minister’s official country residence, on October 11, 2009 in Buckinghamshire, England. The property, which dates from the 16th century, was bequeathed to the nation as the country estate for the serving Prime Minister by the Chequers Estate Act in 1917. (Photo by Oli Scarff/Getty Images)