UK Prime Minister Boris Johnson drew from the fortitude and “spirit of national endeavour” of the wartime generation on the 75th anniversary of Victory in Europe day, as he made a comparison with today’s nation coronavirus lockdown.

Praising the wartime generation for their part in defeating the “aggression of Hitler” and saving freedom for subsequent generations of Britons — despite the government’s recent historic actions to curb that liberty in the name of public hygiene — Mr Johnson said the “national exertion” in wartime had been the greatest seen before or since. 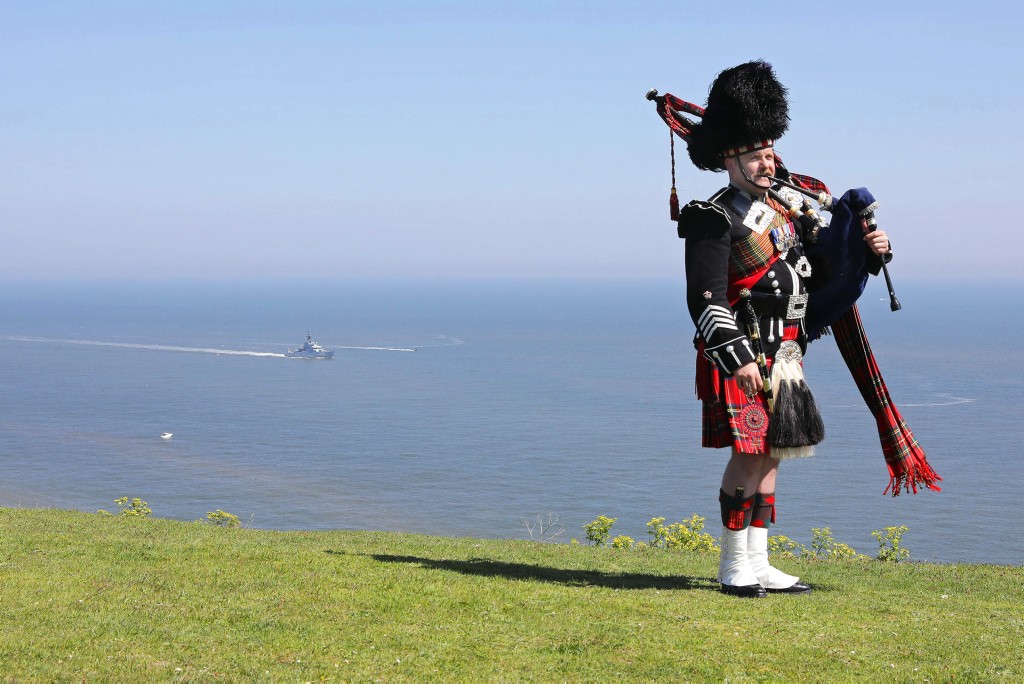 On the 6 May, ahead of national celebrations marking the 75th anniversary of Victory in Europe Day, personnel from all three Services came together on the White Cliffs of Dover in Kent, to display their gratitude to the Second World War Generation. A Lone Piper from the 1st Battalion Scots Guards (Pipe Major Andrew Reid) played whilst HMS Severn, a Royal Navy Offshore Patrol Vessel, was positioned off the coast of Dover / © Crown copyright

Coaching the present police enforced coronavirus lockdown, where Britons are banned from leaving their homes in most circumstances and where public denouncements and informing of neighbours to the authorities for perceived infractions are becoming common, in terms describing it as being a struggle not unlike that experienced in 1939-45, Mr Johnson told the nation Friday:

We are now engaged in a new struggle against the coronavirus which demands the same spirit of national endeavour, and that means we can’t hold the parades and street celebrations we enjoyed in the past. But all of us who were born since 1945 are acutely conscious that we owe everything we most value to the generation that won the second world war.

Today we celebrate their achievement, we remember their sacrifice, and we take pride in being their compatriots. We are a free people because of everything that they did, and our gratitude will be eternal.

75 years on, we are a free people because of everything they did. Our gratitude will be eternal. #VEDay75 pic.twitter.com/r7ufQKfuYS

Recognising the enormous importance of the United Kingdom, the Dominions, and Empire in fighting the Second World War, the PM said: “Britain and the Commonwealth and Empire were the only nations who fought Hitler fro the first day of the Seocnd World War to the last without being defeated and occupied. For a whole year, 1940-41, we stood alone against him, the last barrier to his tyranny.”

May 8th is marked in the United Kingdom, the United States, and several European countries as Victory in Europe Day, remembering Tuesday May 8th 1945 when Nazi Germany agreed to an unconditional surrender to allied forces. Some nations mark another day days or weeks around May 8th to remember their own liberation by allied forces during the race to Berlin in 1945. 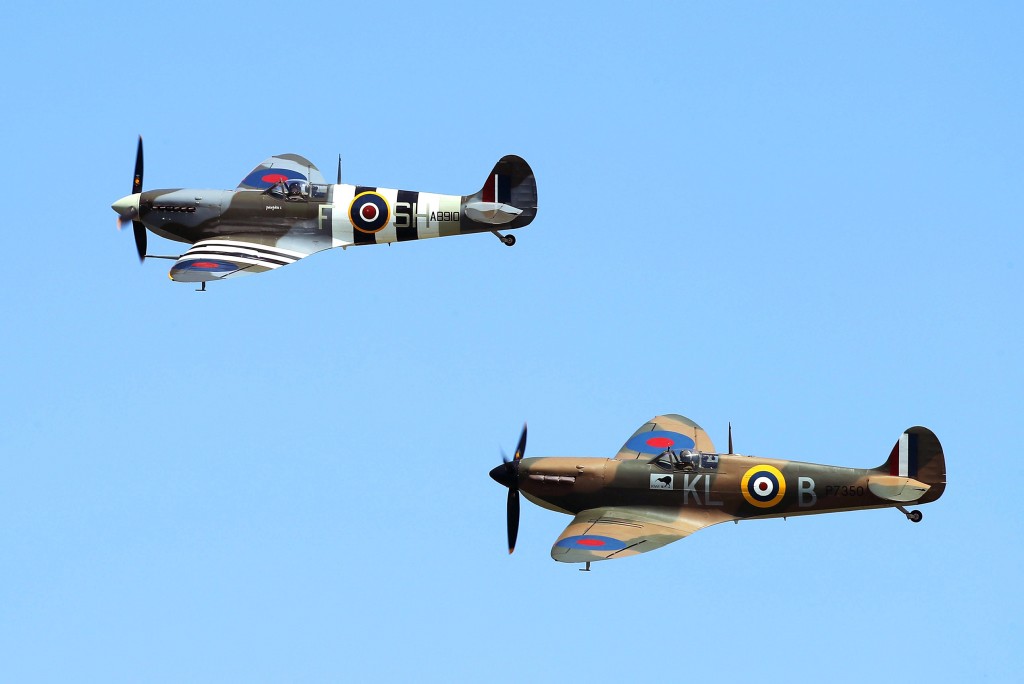 On the 6 May, ahead of national celebrations marking the 75th anniversary of Victory in Europe Day, personnel from all three Services came together on the White Cliffs of Dover in Kent, to display their gratitude to the Second World War Generation. The Spitfire aircraft, piloted by currently serving RAF officers Squadron Leader Mark Discombe and Flight Lieutenant Andy Preece, were both operational during the Second World War / © Crown copyright

While celebrations in the past have involved street parties, concerts, and public events, as the Prime Minister alluded to in his remarks things were being different this year, as families, friends, and communities are unable to meet because of the government’s lockdown in response to coronavirus. Official events were significantly smaller in scale too, with the Ministry of Defence sending a lone piper to the White Cliffs of Dover in Kent.

Representing the army, Pipe Major Andy Reid of the Scots Guards played ‘When the battle’s O’er’ at the coast while a Royal Navy patrol vessel — HMS SEVERN — lay off at sea, and a flight of historic warplanes in 1944 colours flew overhead.