This report is being updated as new information emerges; all times local.

UPDATE: 11:45 a.m. — Thames Valley Police have now confirmed that the Reading stabbing spree is being treated as a “terrorist incident”.

Early reports had indicated that police were “understood to be treating the incident as a random attack” but shortly afterwards sources began telling news outlets that it was in fact “terror-related”.

The position had switched again by Sunday morning, with Thames Valley Police saying the stabbing spree was “not currently being treated as a terrorism incident”, followed by the current line that actually it was a “terrorist incident” at around 11 a.m.

🚨| UPDATE- Murder investigation Reading@TerrorismPolice can now confirm that the stabbing incident that happened in Reading last night has now been declared a terrorist incident.

We continue to work together with Counter Terrorism Policing SE.

UPDATE: 7:45 a.m. — Thames Valley Police have released a statement saying the multiple stabbing in Reading, England, which has left three dead and three seriously injured is “not currently being treated as a terrorism incident, however officers are keeping an open mind as to the motivation for the incident and are being supported by colleagues from Counter Terrorism Policing South East.”

The Guardian has reported that domestic security service MI5 is also assisting, and reports show masked and heavily armed officers raiding a block of flats near the scene of the crime.

Armed police are at a block of flats near Reading after multiple people were stabbed in a park in what is believed to be a terror related incident https://t.co/4BJUfFL3nL pic.twitter.com/N7cO4n2IzV

UPDATE: 11:30 p.m. — A source told the Sunday Mirror that the Reading stabbings were brought to an end when “a hero police officer saw a suspect running away with a knife and ‘rugby tackled him to the ground‘.”

The stabbings are believed to be terror-related and have left three dead and several injured, according to reports. Press Association security sources have claimed the suspect is a Libyan national.

UPDATE: 11:10 p.m. — Thames Valley Police say that there is currently “no indication” that a multiple stabbing in Forbury Gardens, Reading, “is linked to the Black Lives Matter protest” that took place in the park earlier in the day.

Sources indicate that the attack was terror-related and has left three dead and several injured. The suspect who has been taken into custody is believed to be a Libyan national, according to a Press Association security source.

There is no indication that this incident is linked to the Black Lives Matter protest that took place in Reading today.

UPDATE: 11:05 p.m. — Boris Johnson has tweeted that his “thoughts are all those affected by the appalling incident in Reading”. Sources indicate that a multiple stabbing in the English city was terror-related and has left three dead, with others seriously injured.

Press Association sources say the suspect, who is in custody, is a Libyan national.

My thoughts are with all of those affected by the appalling incident in Reading and my thanks to the emergency services on the scene.

UPDATE: 10:55 p.m. — Security sources have told the PA news agency that the man arrested in connection with a multiple stabbing incident in Forbury Gardens, Reading, is a Libyan national. The attack, said to have left three dead and put two in hospital, is believed to be terror-related.

UPDATE: 10:40 p.m. — Sky News and the PA news agency now report that sources have told them the Forbury Gardens stabbings are believed to be “terror-related”. This contradicts earlier reports by the Telegraph that police were “understood to be treating the incident as a random attack.”

The multiple stabbing in #Reading is suspected to be terror-related, a security source has told the PA news agency.

UPDATE: 10:25 p.m. — The Telegraph reports that its sources have informed them of “three individuals declared dead at the scene” in Forbury Gardens, Reading, with two more receiving emergency care in hospital. The newspaper adds that Thames Valley Police as “understood to be treating the incident as a random attack”.

UPDATE: 10:15 p.m. — The BBC is now citing sources who suggest “several people have died” following stabbings in Forbury Gardens, although the police have yet to confirm fatalities officially. Sky News reports that one arrest has been made. 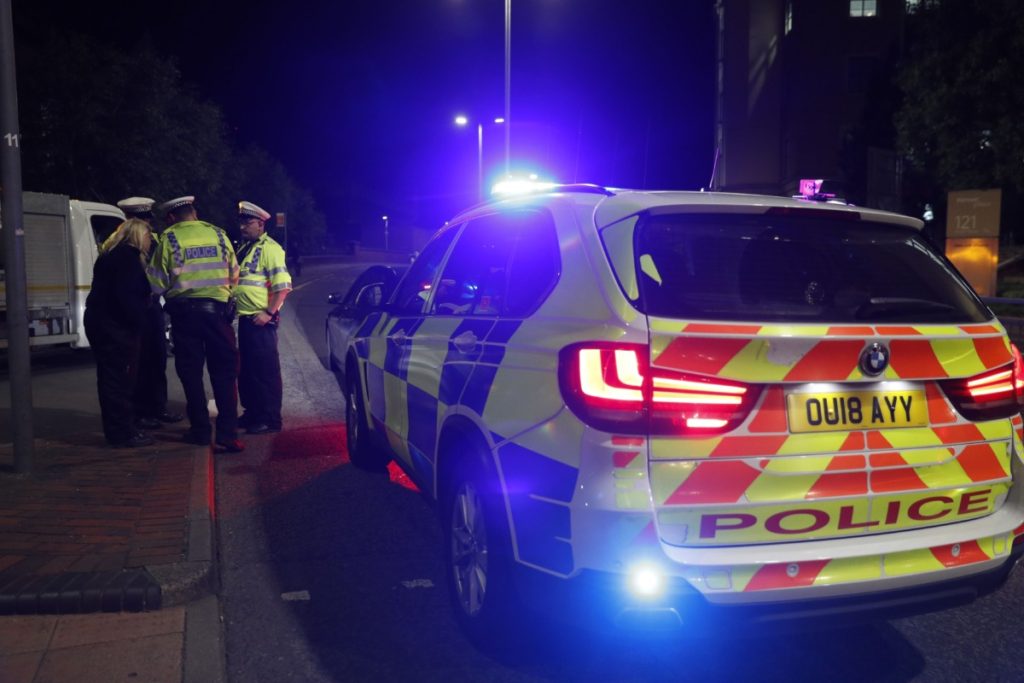 Police officers are seen at a police cordon in central Reading, west of London, on June 20, 2020 following a stabbing incident at Forbury Gardens park. – British police said Saturday they were investigating a “serious incident” in the southern English city of Reading, with reports suggesting multiple stabbings. British media said the stabbings occurred in a central park, requiring two air ambulances to be called in. (Photo by Adrian DENNIS / AFP) (Photo by ADRIAN DENNIS/AFP via Getty Images)

Gruesome amateur footage circulating on social media appears to show at least three people lying in pools of blood on the grass a short distance from one another as emergency workers and bystanders provide emergency aid.

We are aware of reports of an incident in Forbury Gardens, Reading.

Officers are on the scene and investigating the incident.

So far, the police force responsible for the area has remained relatively tight-lipped.

“We are aware of reports of an incident in Forbury Gardens, Reading,” Thames Valley Police confirmed in a statement shared on social media. “Officers are on the scene and investigating the incident,” they added.

“[Reading Council] are in touch with the emergency services and will support them as necessary,” he added.

The park and sections of the town as the authorities and emergency dealing with the incident, including two air ambulances, according to a freelance journalist near the scene, attempt to deal with the incident. 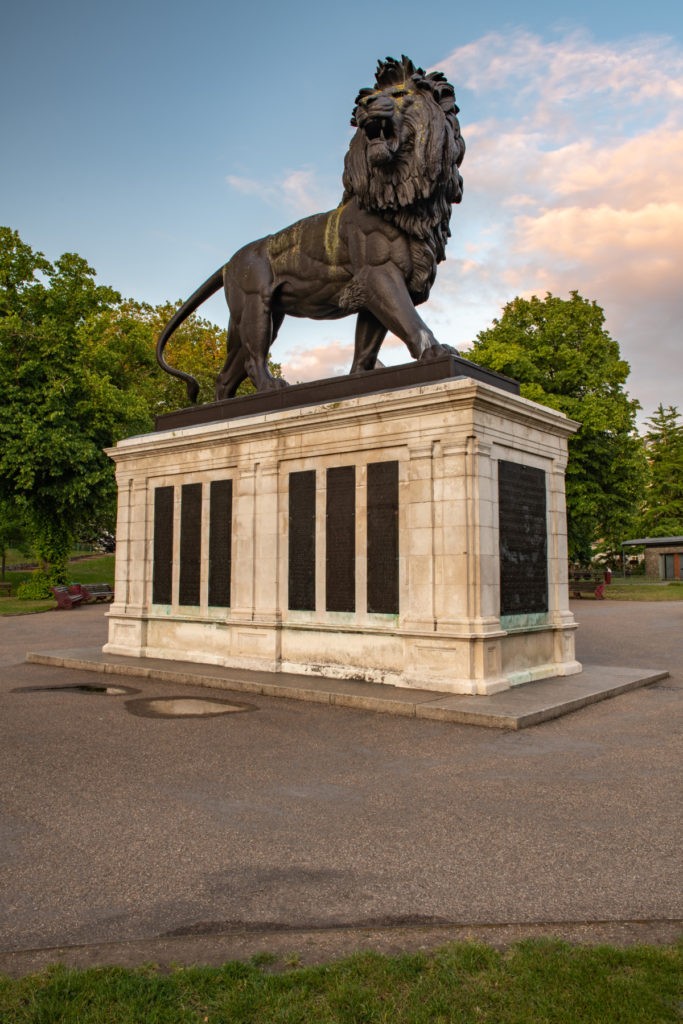 The Maiwand Lion 1884 is a sculpture and war memorial, the sculptor was George Blackall Simonds. Location the Forbury Gardens Reading, in the English county of Berkshire. (Tomasz Kowalski / iStock / Getty Images Plus)